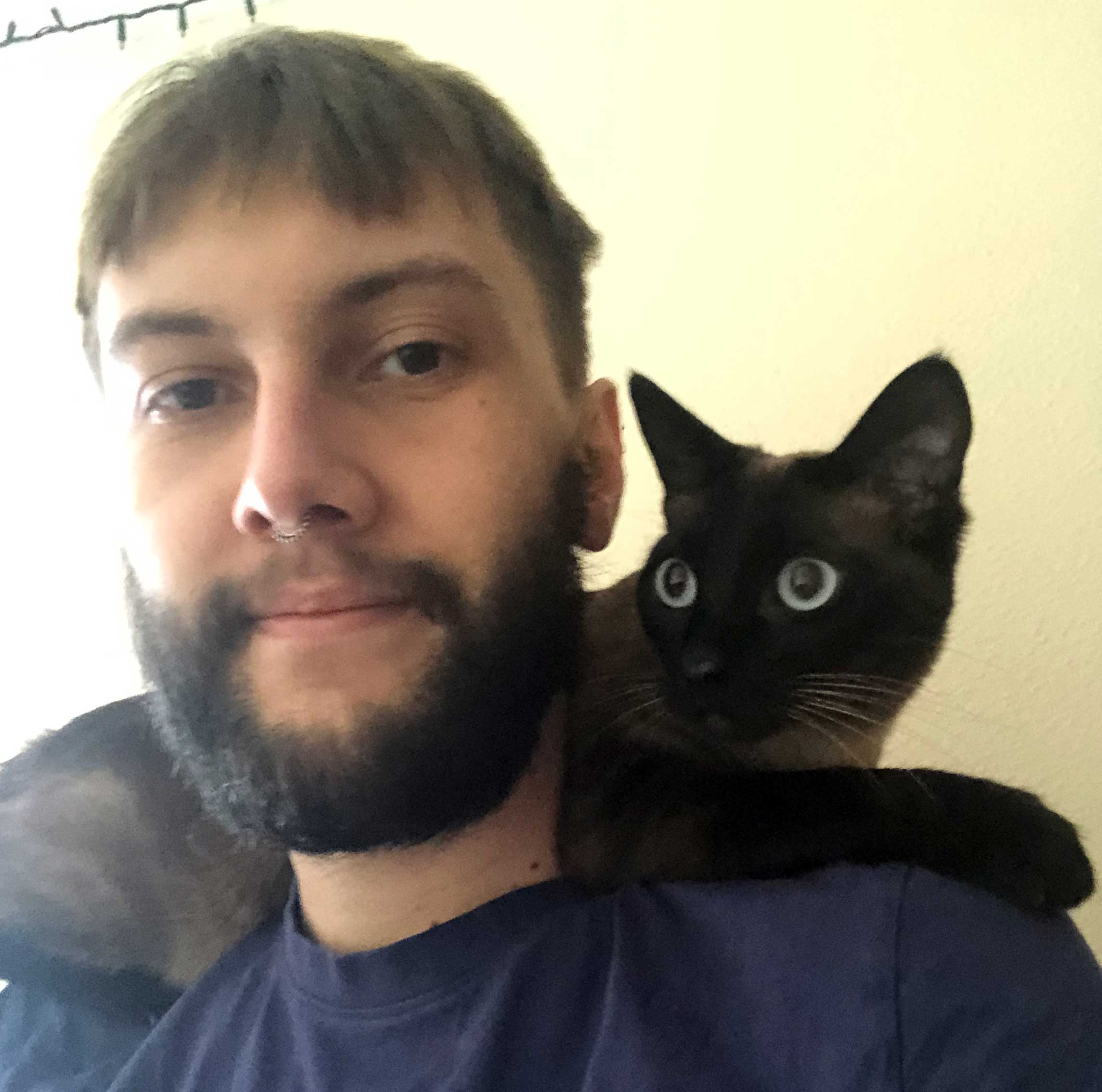 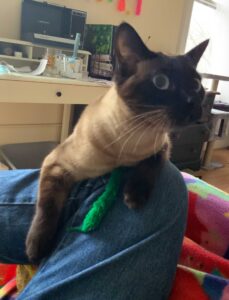 Beautiful two year old Cricket came to Furry Friends from her original owner who had to make a life changing move and couldn’t take Cricket with her.  The loss of her owner and because she hadn’t been around other cats since kittenhood was very hard on Cricket.  This poor girl reacted by hiding in a cubby in her enclosure in the blue room.  All we would ever see of her was her big round eyes at the back of her cubby. It seemed that nothing we did would bring her out of her hiding spot. Knowing we had to find a way to get through to her before we could get her adopted, we made a call to one of our volunteers who is a friend of the original owner.  We asked her if she could help.  She said “Well, do you know about the mice?”  MICE?  “You know, the little felt ones.”   It seems they were the love of Cricket’s life.  She carried them everywhere.  They were all over the place. If someone would participate, she would even play fetch with them.  BINGO!!!  The next night we took a bunch of mice to the Halfway House.  The lights were out at the house but the ceiling rope lights were on in her room.  We could see in the dim light of her room that she was out of her cubby.   PERFECT.  #1 mouse popped through the wire of her cage.  Pop #2.  Pop #3. Her whole body tensed.  Had we scared her?  No, it was anticipation.    After opening her door, #4 was held out to her and immediately she came over to rub on it, across the hand, up the arm and then around the legs.  Finally, we found our breakthrough.  The next day during a visit with Cricket, she climbed up on her visitor’s back to see over the blankets dividing the enclosers to see the mysterious cats next to her.  What a smart, inquisitive cat!   She finally was ready for adoption.

A couple of days later Drake found us.  He was a young man who had spent 3 months looking for his perfect cat. Being a snuggly cat wasn’t as important to him as one that would interact with him and be his buddy.  When he saw Cricket (now Danny) online, he was very interested in her.  After researching the Siamese 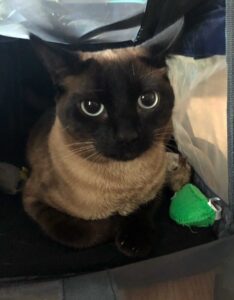 breed, he felt pretty sure she was the one.  After meeting her he KNEW she was the one.  She went into her carrier willingly and was quiet the whole drive home.  Home for 3 hours, she was already on Drake’s lap and bed.  Now she has a new love of her life toy – toy worms – and Drake has mice AND worms all over his house. Fetch with the mice and worms has become a big part of their time together. Because Danny is so intelligent and inquisitive, Drake hides a couple of treats every day around the house for her to find while he is at work. Drake does a lot of waking in downtown Vancouver, so the next big adventure for these two buddies is a cat back pack. So, if you ever see Drake and Danny out for a walk in downtown Vancouver, be sure to stop and say Hi.

We would like to thank Marion Edwards for writing this story. She has been a volunteer with Furry Friends for many years. She is the lead person for our socializer team, holds adoption events and is the lead caretaker of our yard at the Furry Friends Halfway House.