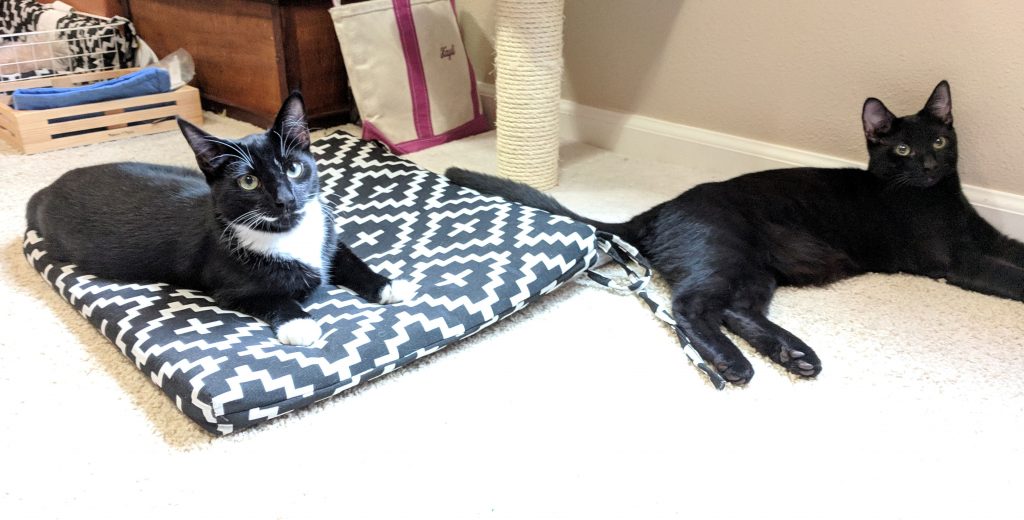 “After moving around quite a bit, then losing Sumi, our beloved cat of 13 years, we weren’t certain whether or not we were ready for another one,” says Jonathan. “But once we settled into our own place, the time — not to mention our kids’ pleading — was finally right.

“I came across Furry Friends while searching for adoption services online, and we decided to visit PetSmart on a whim since the event announcement had popped up on my Instagram feed. In fact, the event was almost over for the day and we weren’t sure if we were going to make it on time. We left it up to fate as to whether Furry Friends would still be set up when we got there. 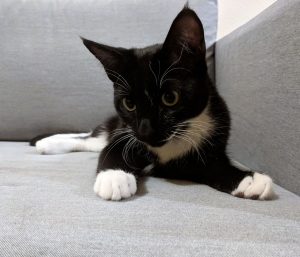 “As fate would have it, Furry Friends was, in fact, still set up, and the moment we got there, this curious, outgoing black kitten with the most affectionate personality quickly caught our attention. They asked if we wanted to hold him and that was it. We were sold. There was no way we were leaving PetSmart without applying to adopt him. We’d also decided that we wanted two kittens because our Sumi would become stressed when we left her alone to go on vacation or leave for a few days. And wouldn’t you know it? There was another adorable black and white kitten from the same litter napping in the back. Not only would we be getting two playmates, but two brothers as well!

“Once the adoptions were approved and my wife had brought them back from their foster home, we thought it would be more meaningful if the kids named them. Our son named the black and white kitten, Panda Neko, meaning Panda Cat, after a Japanese cartoon character, while our daughter named the black one, Tora, meaning Tiger, because if he stands in the light just right, you can see stripes on him.

“As expected, they were very nervous and wary at first, being in a new environment, with new people and new smells. But within a day, they were out and about, running up and down the stairs and exploring their new home. They absolutely love playing with wand toys, especially the feathered ones. They are both huge lovers of fish. They became quite spoiled in the fall during the salmon run as I always dice up some fresh fish for them after I’m done cleaning my catch (Panda loves to steal Tora’s treats). They’re inseparable and you’ll always find them together, especially at bedtime. They won’t go to sleep unless they’re together.

“Tora absolutely LOVES pats. He’ll even allow you to carry him around in your arms on his back, coddled like a baby. He loves to play with Panda, always hiding and pouncing on his brother. He tends to be the aggressor when they play. He’s always getting into mischief and once he accidentally locked himself in the food pantry where we keep their food because he was hungry and impatient. But he can’t really hunt very well, nor does he show much interest in it. He has a strange habit of coming up to you in the middle of the night and suckling on your chin. Very cute, but at times very frustrating, because being awakened every night at 2 AM gets tiring. 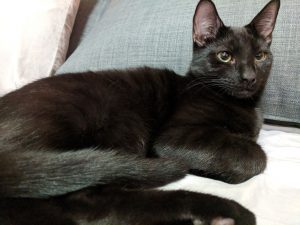 “Panda, on the other hand, is a great hunter. He can even catch flies out of the air! I think he’s eaten every spider that’s crawled across the floor and we haven’t had any ‘pests’ in the house since getting him. He LOVES to eat. He’ll steal his brother’s breakfast if Tora isn’t eating fast enough. He doesn’t like pats as much as Tora does, but he’ll let you give him love when he’s in the mood. He has a quirk similar to Tora’s, but instead of suckling on your chin, he’ll suckle on Tora. It’s very strange.

“Both Panda and Tora have been wonderful additions to our family. They add such vibrancy to our lives. Whether it’s their wanting to play or just lying on our chests or laps for love, they’re constantly putting smiles on all of our faces. We’re so lucky! And if it hadn’t been for Furry Friends, we wouldn’t have had the chance to meet Panda and Tora, much less call them part of our family.” 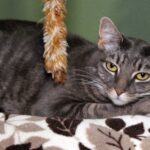 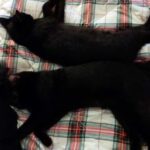 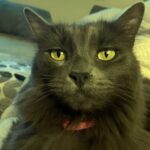