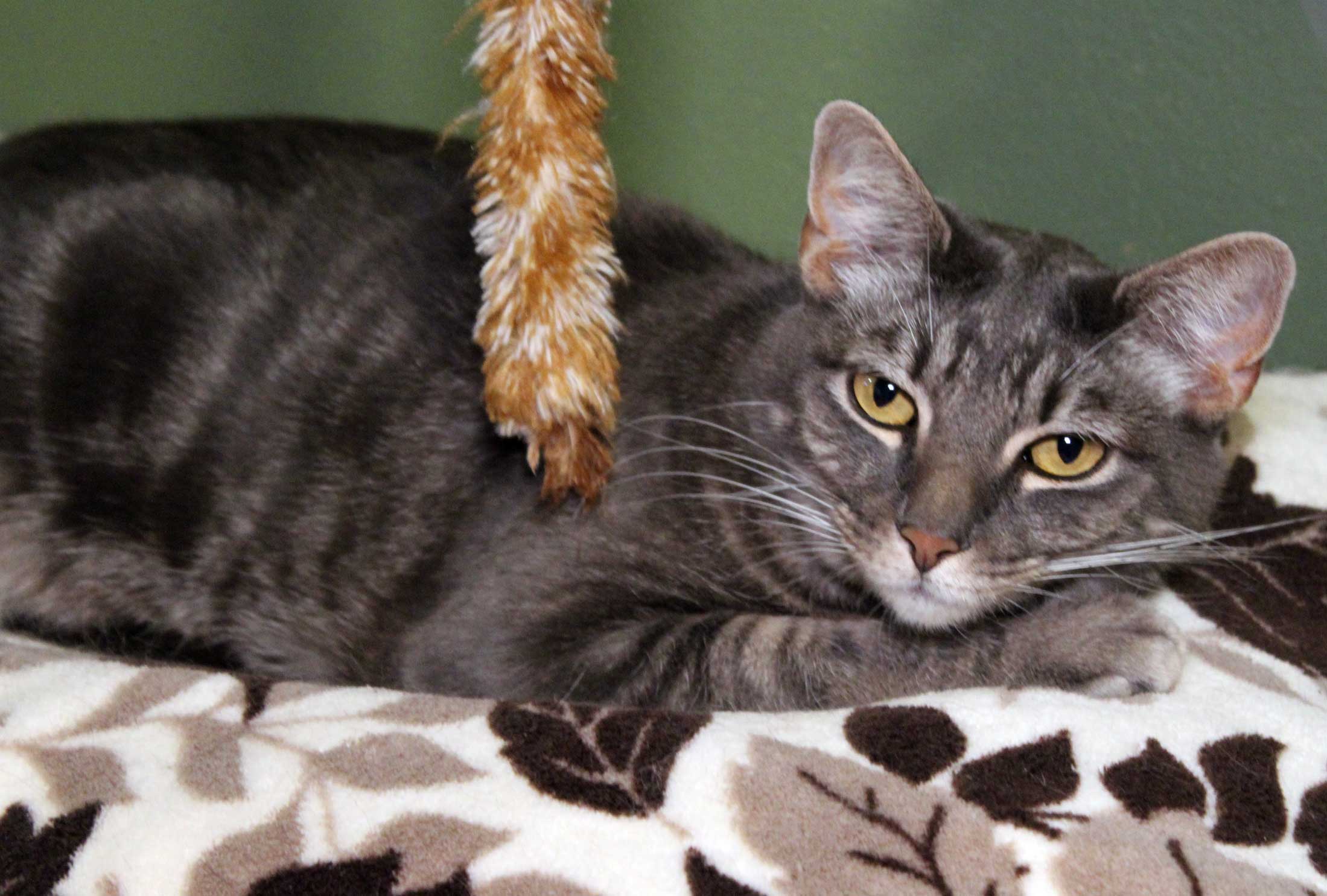 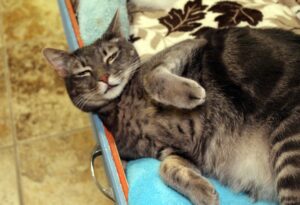 “After the death of my beloved senior cat, Adelaide, I decided I needed a new friend,” says Nicole. “When I saw Annie’s picture on Petfinder, she was exactly what I was looking for: a younger cat with short hair and plenty of time left. When we met at her foster home, she immediately came up to me and demanded pets, and once her carrier was put out, she hopped right in, ready to go!

“She adjusted very quickly to living with me and within a few days, I got a harness on her and started taking her outside. Since then, she always wants to be outside exploring or just watching the world go by. She’s also helped me achieve a lifelong goal. I’ve never been a morning person, but with Annie meowing in my face, I get up at 7 am. She also gets me outside more and enjoying nature more even if it’s 40 degrees and raining.

“Not a fan of toys, she’ll play with a feather toy occasionally, but she much prefers going on daily walks – which has helped her lose some unwanted weight. An affectionate and chatty kitty, she loves being petted and getting attention. One of her favorite lounge spots is right on top of me, and often when I go to bed, she’ll curl up behind my knees. 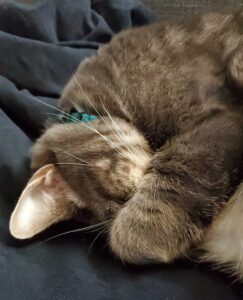 “She has so many cute habits! One is covering her eyes while she sleeps. She either uses her paw, my hand, or tucks her face under a fold of blanket. Another is letting out these little sighs when she rolls over during a nap. And if I pet her while she’s asleep, she makes soft little squeaks that just melt my heart.

“Sometimes if she’s feeling especially energetic and I can’t take her outside, she’ll do zoomies up and down the hallway. I’ll hear her jump off her windowsill bed and charge down the hall, turn around and run all the way back again.

“Annie sleeps wherever she wants, but her favorite napping and sleeping spot – at least during the winter — is in a cat bed on the mantle. (I have a gas fireplace with a recessed alcove above it). I think she likes the fact that it’s high and that, with the pilot light on, it’s a bit warmer than the rest of the house. Whenever the fire itself is on though, she’s right in front of it. 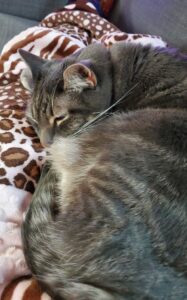