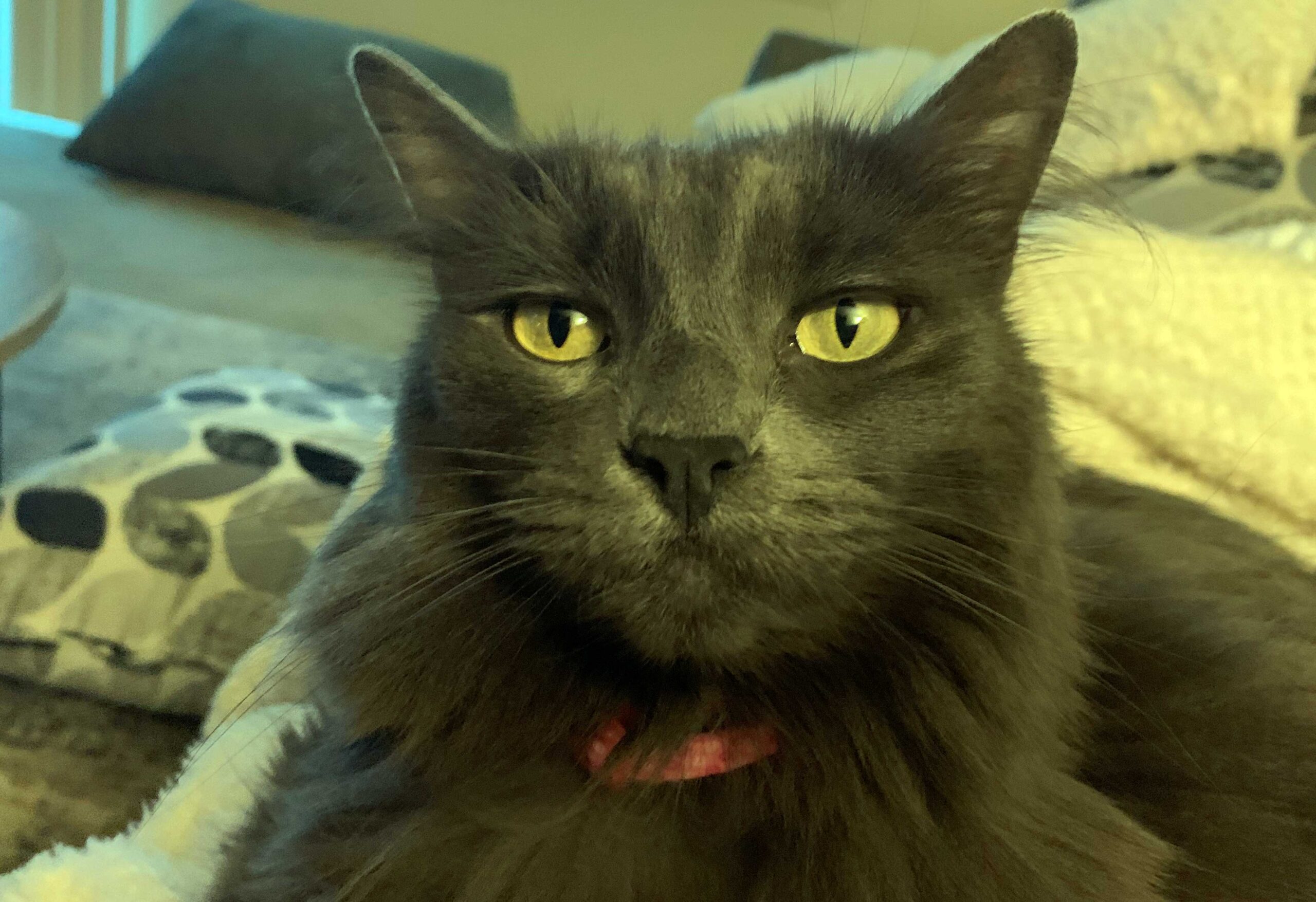 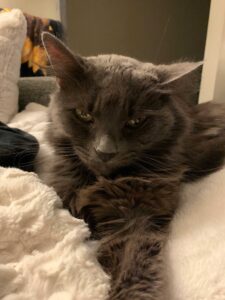 “Babygirl was at Furry Friends for over two years,” Samantha says, “and while she was there, her extreme caution made most people quite nervous. She would swipe at them when they touched her and the volunteers would use a glove when they tried to pet her.

“As a Furry Friends volunteer myself, I saw how alone Babygirl was, and I always wondered how she would act in a home. Because I was moving into my own place, I decided to give her a chance and adopted her.

“She was a bit nervous on her first day with me but she immediately got comfortable. Over the next few days, she would wander around the house and then sit on my lap, rub her head against my chin and let me pet her with my bare hands. Shocking, right? You could just tell how very thankful and happy she was to finally be in a home of her own. 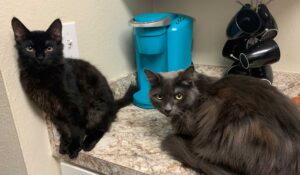 “Babygirl now has a puppy brother named Egon and a kitty brother named Tibbs. And although she gets along with them, she still lets them know that she sometimes needs her space. She’s so funny with a perpetual scowl on her face, but she does have the most luxurious coat!

“As for toys, nothing holds her attention other than strings and anything with a feather at the end of it. And as for sleeping arrangements, Babygirl sleeps with Tibbs and me almost every night. Tibbs is at my head and Babygirl is either at my feet or on top of my chest, but other than that, she likes her space and is very independent. Every morning, she’s up on the table ready for her food, and if I don’t get it out on time, she’ll grab my arm as I pass her to let me know that she wants her food now!

“I’m very grateful to have Babygirl in my life because she truly deserved a home just like other kitties. I always like to remind people to be patient, kind and to not judge so quickly about a cat because they all deserve a chance.”