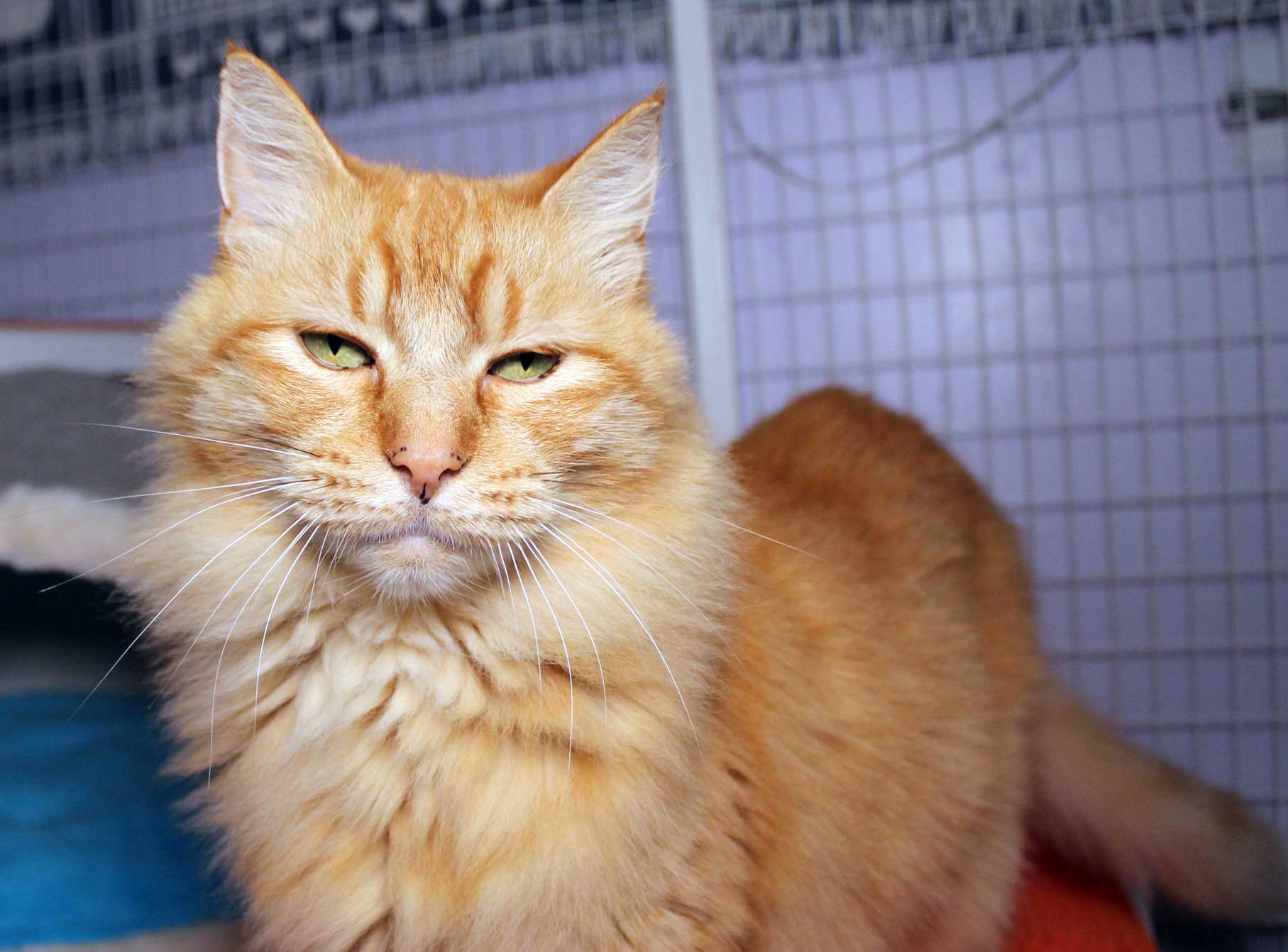 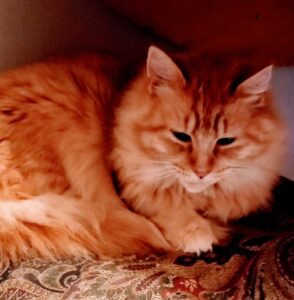 “My husband and I adopted Bergamot after we lost our 17-year-old kitty during the pandemic,” Kathy says.

“We kept his name but shortened it to Bergie. When my husband saw Bergie, he fell in love with his regal appearance. Bergie has a mane that makes him look like a lion.

“Although we tried very hard to make him feel comfortable when we first brought him home, Bergie had a mind of his own — swatting at my husband, my dog (who is smaller than Bergie) and me. We bought him several toys that he ‘loved’ to ignore. He did, however, delight in finding wrappers that didn’t make it to the wastebasket and discovered the joy of sitting in cardboard boxes.

“Thankfully, after a few months, he’s now accepting of his new home. He loves to be brushed and even purrs when he is. He’s still quite upset, though, that he can’t be outside without supervision. He was originally a street kitty, you see, so we’ve been trying to accommodate him by letting him out for very brief periods of time. 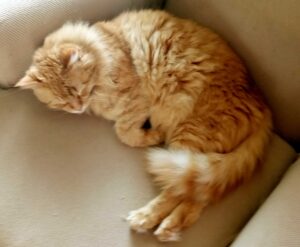 “As for his sleeping preferences? He’s been sleeping – intermittently — at the foot of our bed at night.

“Suffice it to say, our Bergie is still a loving work on progress.”