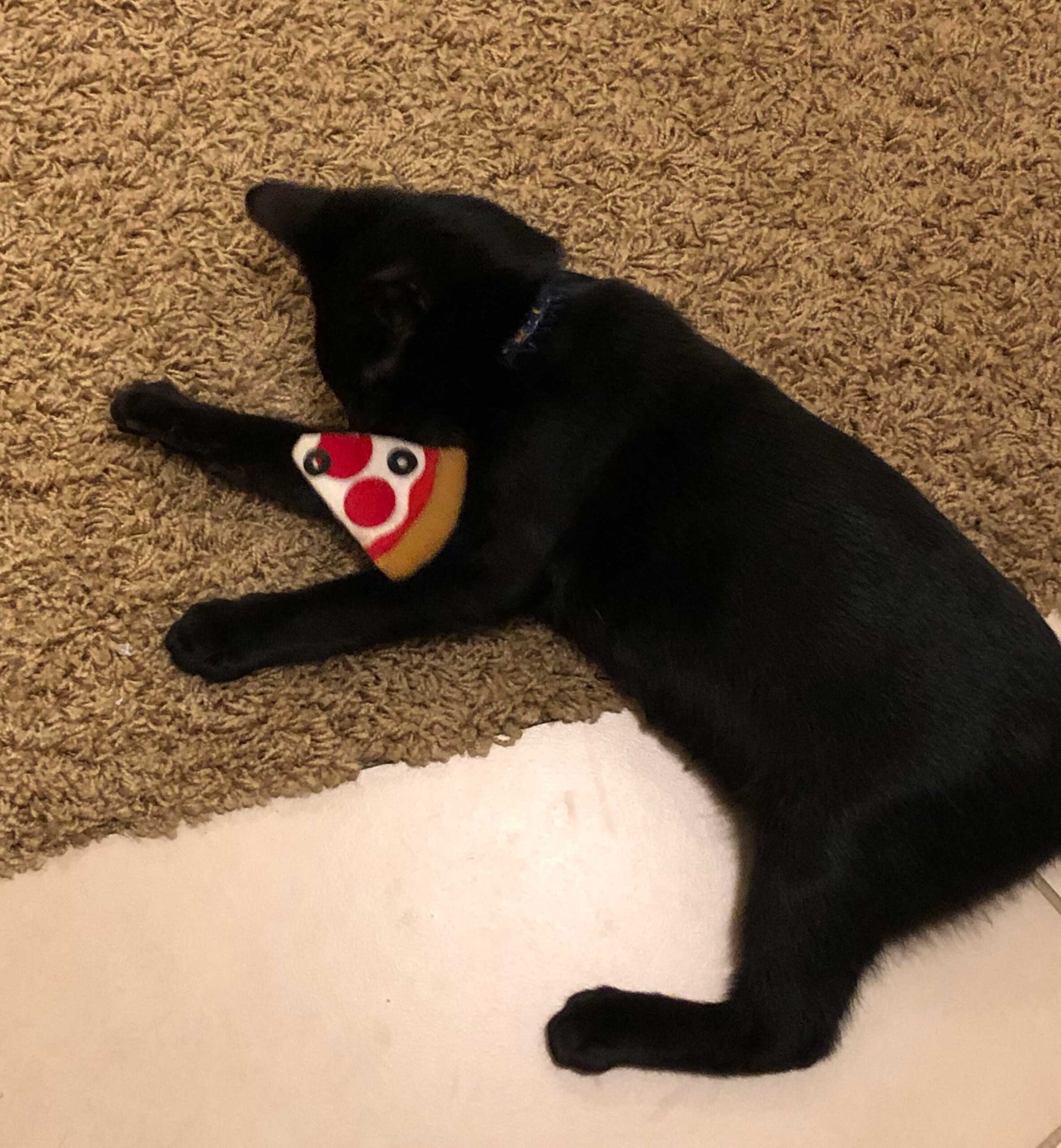 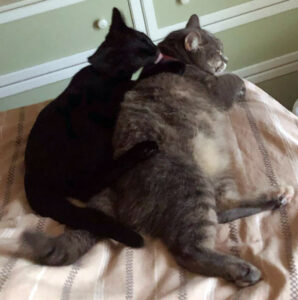 “We felt that Karen, our 4-year-old kitty, needed both a best friend and a brother,” says Stefani. “And so we adopted Oreo, renaming him Berlioz after the little black cat in the Disney film, ‘Aristocats.’

“We really wanted a male, black kitten because we know black cats often have a more difficult time getting adopted. We went to meet him and it was love at first sight. He melted into our arms and we knew immediately that we had to have him. While he spent much of the first week hiding under one of the beds, he eventually got braver and started wandering around the house as if he’d known it his entire life!

“We’re absolutely obsessed with him. We love him so much, and he’s brought such joy and excitement into our lives and Karen’s despite her initial misgivings about him. At first, she occasionally hissed but never growled or swatted at him. Now they’re the best of friends, always napping together, playing and even grooming one another. 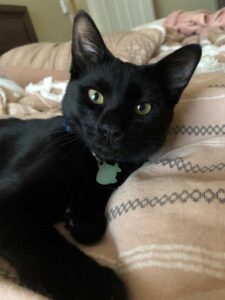 “Berlioz has a small crinkle toy shaped like a slice of pizza that he LOVES and he can keep himself happily amused with it for hours. He also loves playing in the cat tunnel with Karen and playing with plastic Easter egg halves. Two of his endearing quirks are his silly little walk where he kind of walks side ways, and his habit of hiding bits of food under the dining room rug to play with later on.

“As for affection, he prefers it on his own terms. If he’s awake and playing, he doesn’t want to be held or petted. But if his belly’s full and he’s sleepy, he’ll willingly come to us and accept our cuddles and pets.

“At night, he sleeps here, there and everywhere, although most of the time he’s on our bed by our feet or in between our legs.”