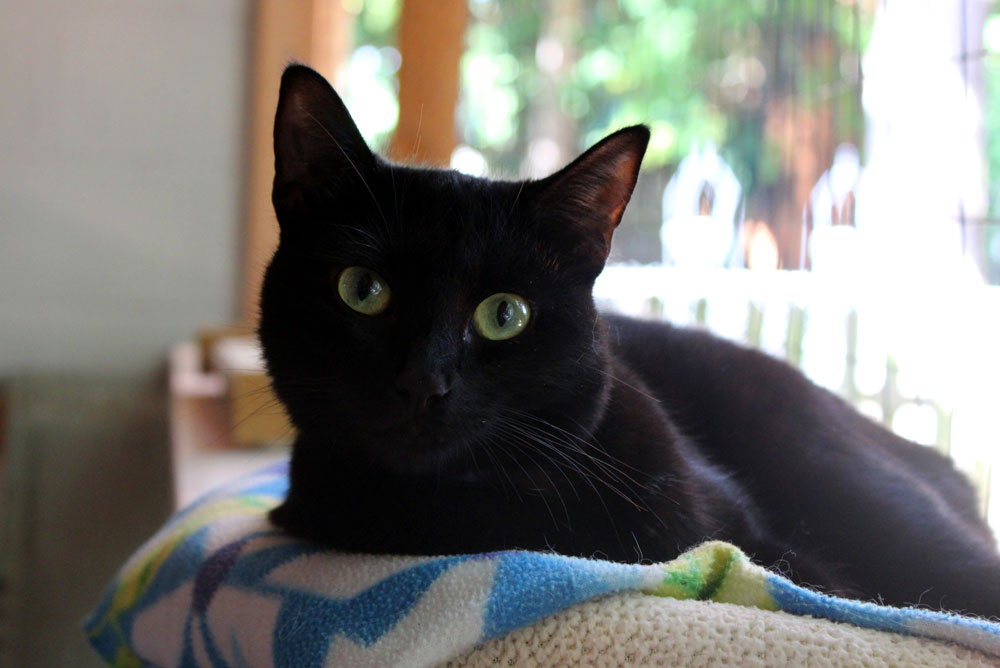 Never having owned pets before moving to the United States, Alastair suddenly found himself playing “father” to his wife’s two rescue cats, Lulu and Wiggles, whom she had saved years before from a dumpster.

When Lulu died from complications caused by kidney failure last year, her loss struck him especially hard. Coupled with Wiggles’ grief at the death of his sister, Alastair and his wife agreed to find him – and them – another younger, female companion.

“On the Furry Friends web site, I found Buttercup and promptly arranged a meeting of introduction,” Alastair explains. “I was immediately swept away by this cute little cat and knew she was the one for us. Unfortunately, at the time, she was suffering from a UTI and was being cared for by the in-house vets. So we waited until she was healthy again and picked her up. I can confidently say that I have been smitten with her from the outset. 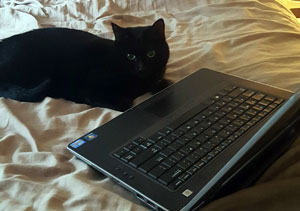 “We kept her apart from Wiggles to begin with to lessen any chance of there being any animosity between them if they were fully introduced all at once. Gradually, we got them used to each other’s smells and sounds until the time came when we agreed they were ready to be allowed together. Needless to say, they’ve been close companions ever since.

“I look forward to getting home every day to play with Buttercup,” he says. “Her little squeaks and trills are very endearing, and she delights in climbing up and snoozing in my arms. She purrs extremely loudly when she’s happy and will actually dribble from her nose – another of her very touching traits. She enjoys playing with soft toys, tossing them around our place, then chasing after them. She has a great ‘throwing arm’ and will regularly launch toys all the way across the living room.

“Above all, Buttercup’s very gentle, kind and affectionate, especially with Wiggles, who’s now coming up on twelve years old. She’s truly an inseparable part of our family.”