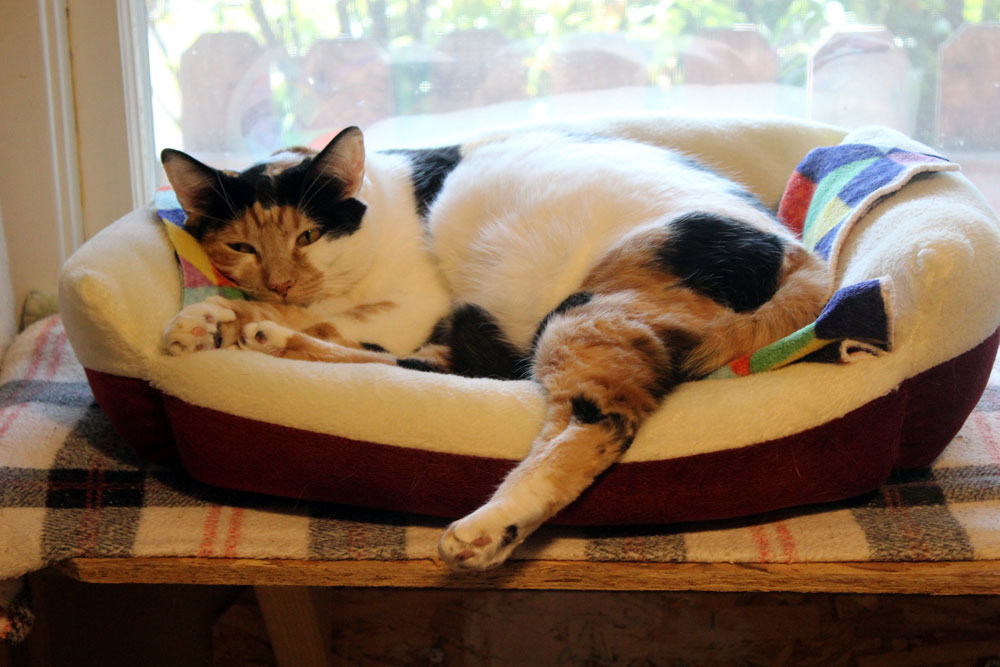 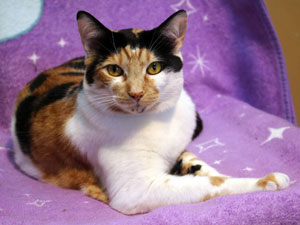 Having lost their last furry friend several years ago, the Petersens were more than ready to feel a feline’s love and warmth again.

“When we were taken into the room where Callie (then named Bernie) resided,” says Richard, “she was right there to greet us, and appeared extremely friendly. Not to mention exceedingly attractive!

“To our surprise and delight, Callie, it seems, is a very bold kitty. We’ve babysat other cats from time to time, and every one of them hid under the furniture for awhile. But not Callie. When we let her out of the carrier for the first time, she immediately began exploring the entire house — upstairs, downstairs, and the loft. She didn’t stop until she had pretty much seen everything. She then wanted to spend time with us on the couch. Now, lying on our laps and taking naps are two of her favorite activities. 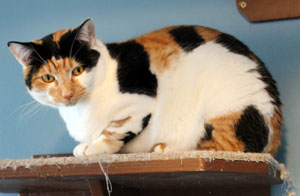 “With no other pets in the house, she’s the sole focus of our attention, and while she doesn’t seem to be particularly interested in toys or laser dots, she will play on occasion – more to humor me than anything else, I think.

“Most energetic in the morning, she uses this time to make her ‘house runs’ – racing from one end of the house to the other (about 65 feet) with her tail proudly fluffed up. Highly social, she also enjoys being around other people. When we hosted our recent Halloween party for around 35 friends, Callie was right in the middle of everything, happily interacting with our guests the entire time.”