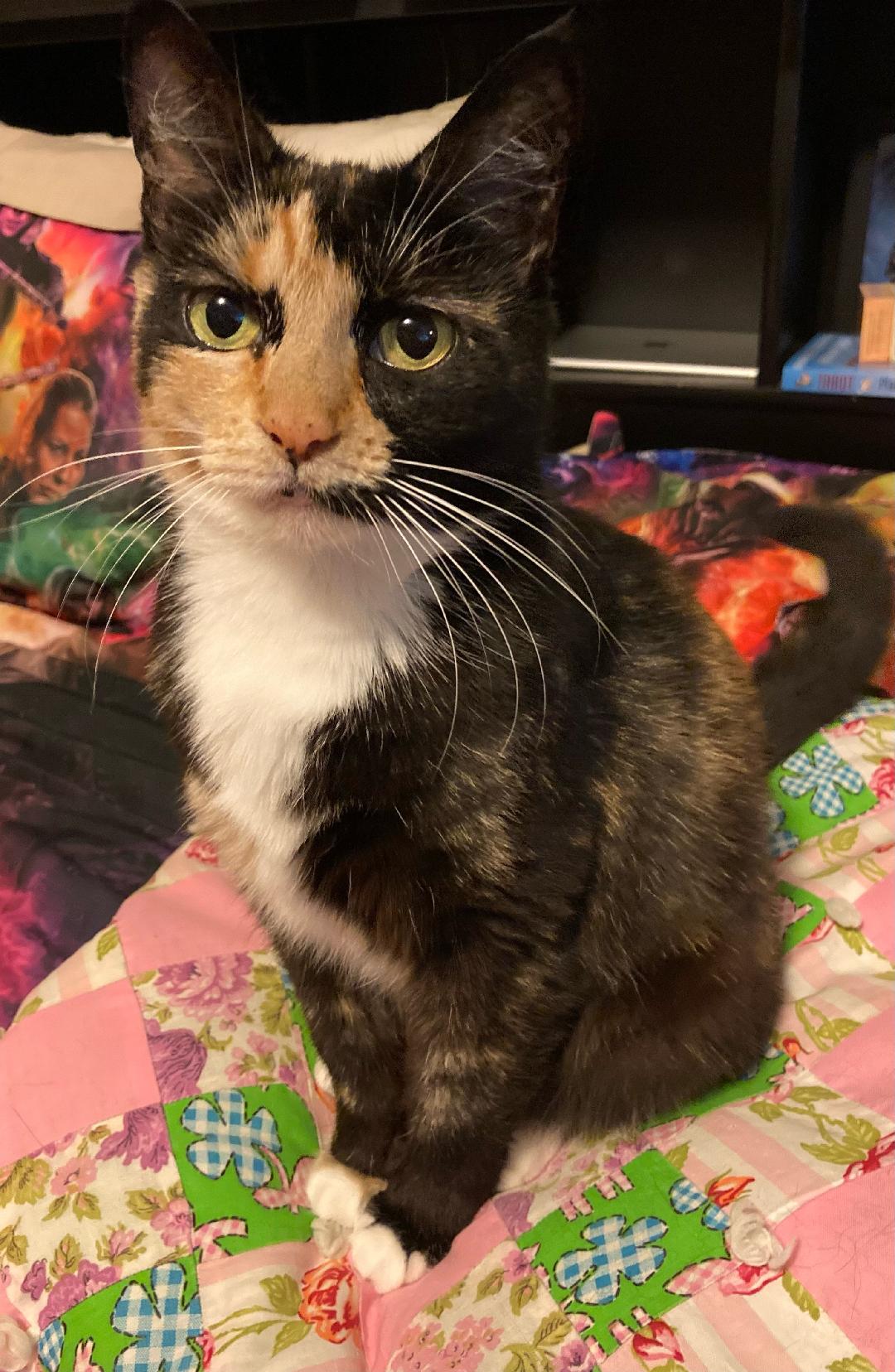 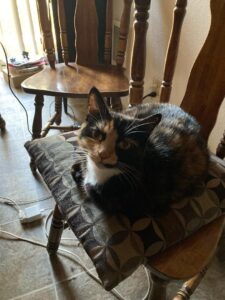 “Our last kitty ran away in December of 2021,” explains Farrah. “We are still heartbroken, but being kittyless was pure agony.

“We were originally looking at another cat, but we weren’t her humans. Then they showed us Cleopatra and it was instant love! And although we kept her original name, we call her Cleo most of the time. Her adjustment to our home was so very fast. It only took about four days for her to be completely adjusted because we also have a dog. Other than that, she’s the Queen and we’re her loyal staff. I still can’t believe she was returned for not being able to adjust to someone else’s home. She acts as if she’s lived here all of her life!

“She’s very loving yet kind of ornery, aloof and independent at the same time. But she LOVES being petted and cuddled and kissing us on the mouth which is a bit weird. She also has this curious habit of scratching/kneading with her back legs. No catnip gene though.

“Cleo has two vocalizations right now: little tiny baby squeaks and howling from another room for absolutely no reason. She ran away once, but we managed to catch her right away. That scared us half to death considering our other kitty. We decided to buy her a harness and leash and took her outside. She simply lay under a bush for 10 minutes. I don’t think she really wants to be outside.

“Most of the time she and our dog Hugo just exist near each other. Sometimes she really wants to play but he’s not fond of the blades on Cleo’s paws. She also enjoys playing with toys and games — often at 3:00 in the morning! As for her preferred places to sleep? Mostly on our bed, but there’s a pillow on a chair that she’s really digging at the moment.”