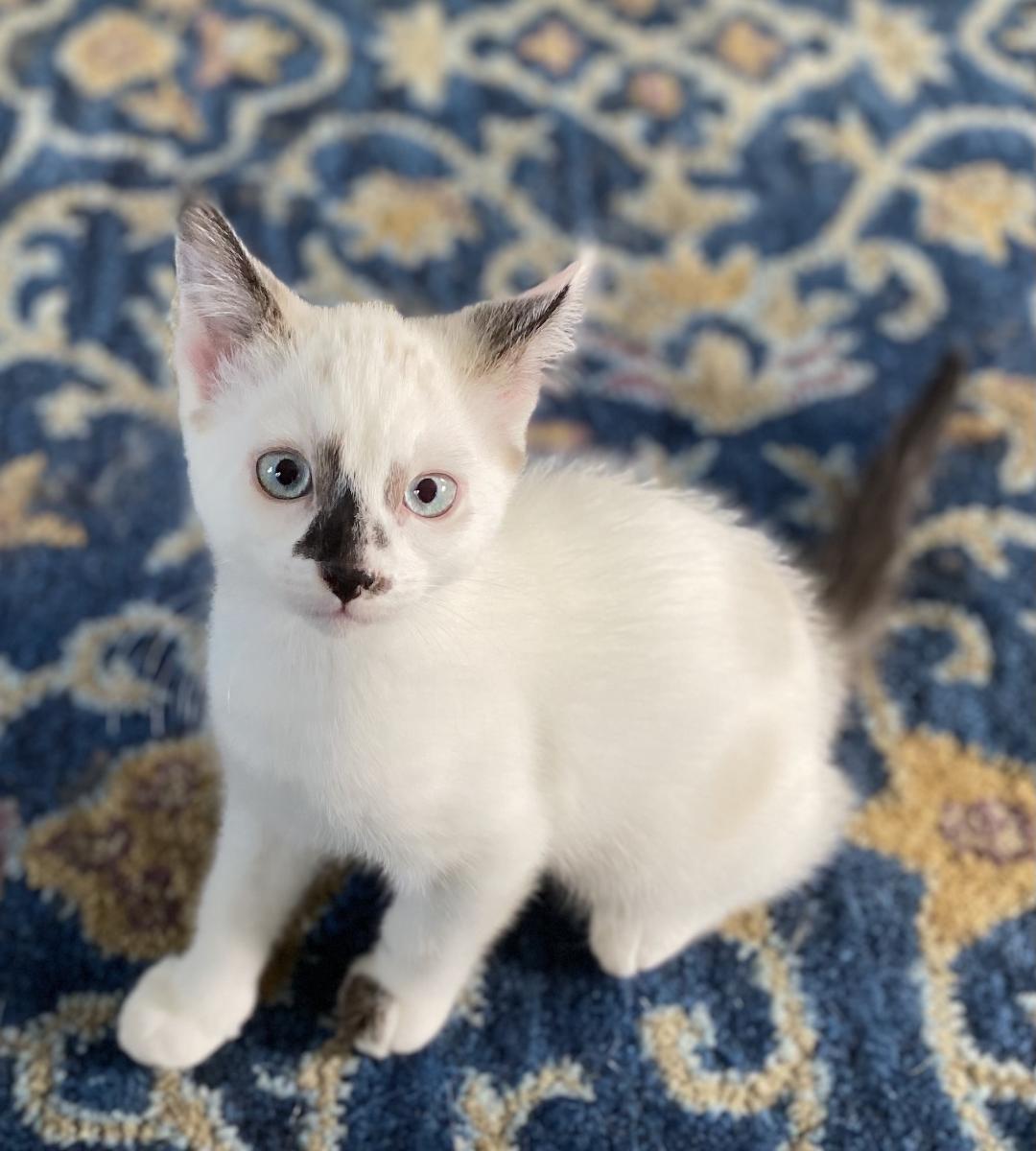 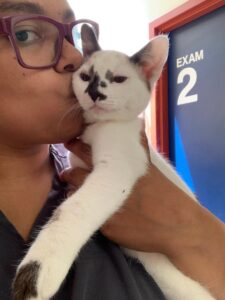 “When we added Cocomelon to our family, he was our third kitty,” says Delaney. “At our two-year-old daughter’s insistence, we changed his name from Argo to Cocomelon.

“I met Cocomelon when he came to one of WCGHS spay/neuter clinics and fell in love with him. My husband and I had been talking about adding another kitty to our home, but we knew it had to be just the right one since we already had two – as well as two toddlers and two dogs. And yet, seeing how chill and loving Cocomelon was at the clinic assured me that he would be perfect.

“I called Jaimie that day to see if he was available, but at the time he had a pending adoption, so I just thought it wasn’t meant to be. Flash forward two weeks and Jaimie texted me late one night letting me know that his adoption had fallen through. We adopted Cocomelon the next day! 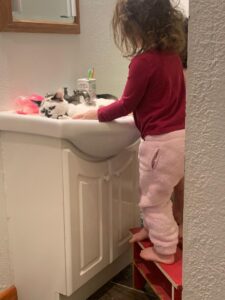 “We attempted a gradual transition to our home. We set up our spare room as his home base, but he had other ideas, and within two days, he was part of the household. He’s greatly improved the mental health of our entire family because he truly is the funniest, most loving cat I’ve ever met (I used to work for WCGHS). He cannot get enough snuggles and attention. He loves to give kisses. When you put your nose in front of his and ask for a kiss, he’ll lick your nose.

“Cocomelon has never met another animal he didn’t instantly love, while his best friends in our household are our 10- year-old Boxer and 9-year-old Shih Tzu mix. One of his favorite pastimes is lounging in the window seat and watching the birds outside. Not to mention sneaking into our Shih Tzu’s kennel and hiding in the back when we leave the house so that he can snuggle up with him for the day. 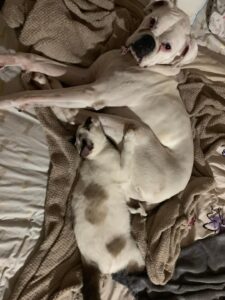 “As far as sleeping arrangements go, it’s a 50/50 split between our bedroom and our two daughters’ bedroom.”