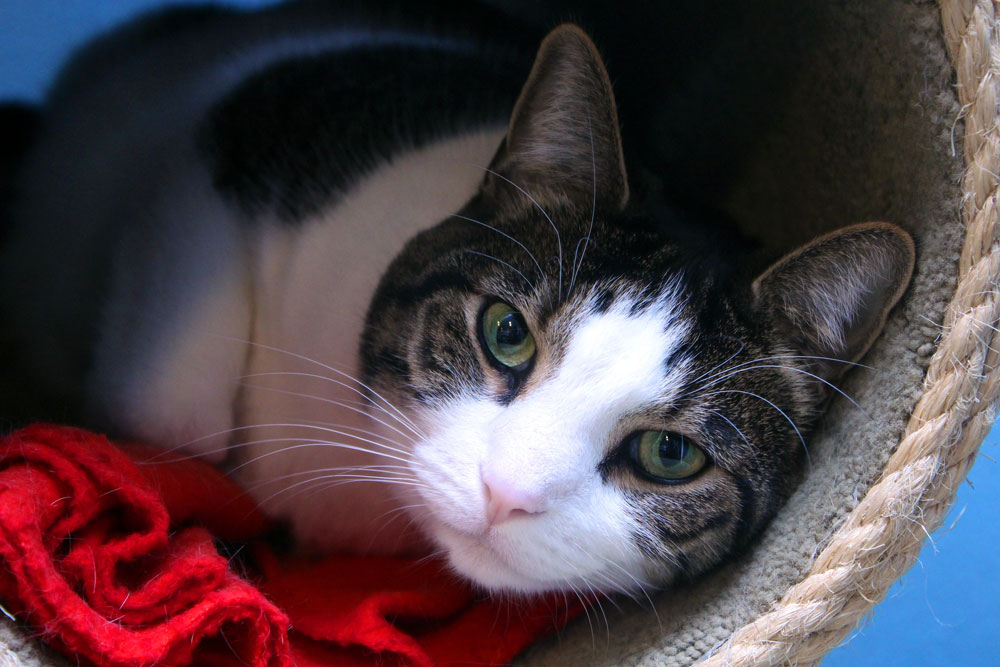 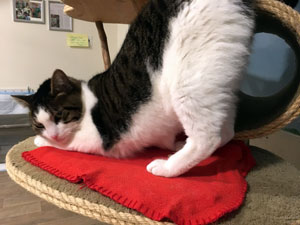 “One of my friends, who volunteers with Furry friends, knew I’d talked about getting a kitty for some time but that I’d kept putting it off,” explains Rita. 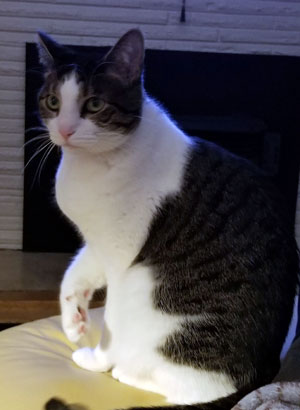 “When I finally decided to go on the Furry Friends web site, I immediately fell in love with Daisy. I went to meet her at the pet store and I was hooked. She was purr-fect! I took her home that day. She’s my first kitty. Before adopting her, I’d only had dogs.

“An hour after we arrived home, she jumped up on a shelf, knocked something over, and went into hiding for 24 hours. It was a scary time for her. When she eventually came out, she was still very skittish and wouldn’t eat. I had bought some tuna for her and warmed it up slightly. Using my finger, I managed to put a little on her lips and she chowed down after that! 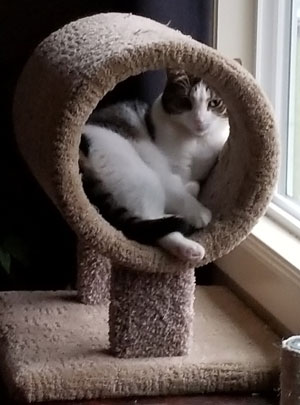 “Since she apparently loved the tunnel at Furry Friends, I bought her one. It’s become her safety zone, and she spends a lot of time there. I placed it in front of the window so that she can see what’s happening in the neighborhood. She also loves chasing after the red dot and has ‘caught’ it numerous times.

“She’s definitely an independent cat. She loves cuddles but only for so long. She purrs and rubs up against my legs when I walk in the door after work. And while it took a few weeks, she now waits while I get ready for bed, then she hops in next to me and curls up against my legs.

“I love having Daisy in my life. I have now become the proverbial ‘cat lady’ and I’m good with that. She’s brought a lot of joy to my home.”