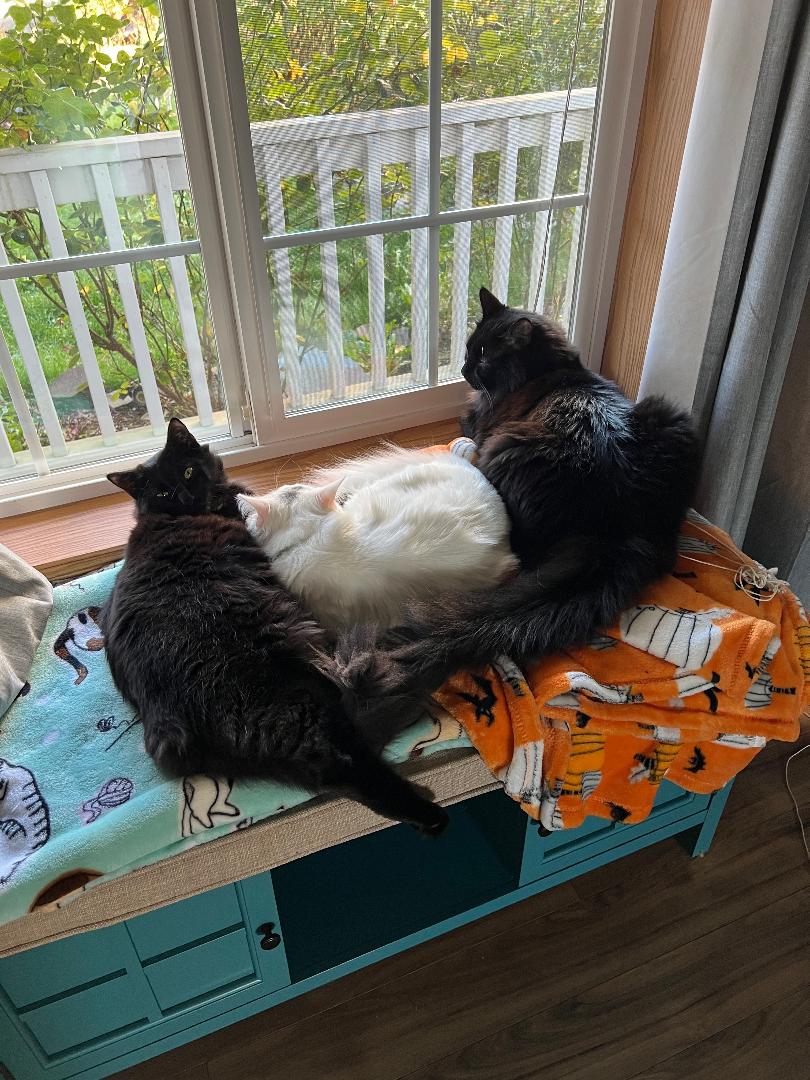 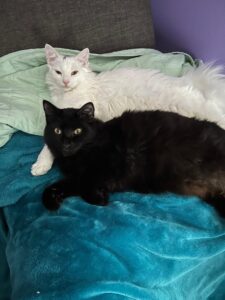 “Dazzler (formerly Jellybean) and Ela (formerly Jupiter) came into a home that already had three cats,” says Sharyn. “Their names are Addie, Barlow and Cortana, hence, A B C … D and E! Dazzler is named after the comic book hero Disco Dazzler and Ela is named after a video game character in Tom Clancy’s ‘Rainbow Six.’

“We had originally gone to look at Ela. I had seen a picture of her that Furry Friends had posted where she seemed to be biting a ruler, and she looked like a cute and crazy little black kitten. (We had two torties and a longhaired black cat, so black was already our thing). When we got there, I instantly fell in love with her while my husband was distracted by a little white kitten he insisted we adopt as well. 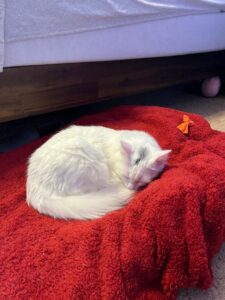 “Their adjustment to our home was immediate. Since our other cats had been adopted at different times (their ages are 12, 7 and 2), we knew they could handle new fur babies, and by the end of the week, they were all best friends. As far as we’re concerned, adopting a pair of sisters was one of the coolest experiences. In the past, we’d always adopted one kitten at a time, but seeing all of them play so well together has brought us so much joy.

“Although they both enjoy playing, especially Ela, Dazzler loves a good mouse while Ela tends to lean more towards string type toys. Her nickname is ‘Little poops’ because she’s always up to mischief. She’s the most talkative cat and will try to get into anything and everything. She’s also the biggest love bug on the planet and loves everyone who walks in the door. Dazzler is a bit shier, but she certainly loves HER people. 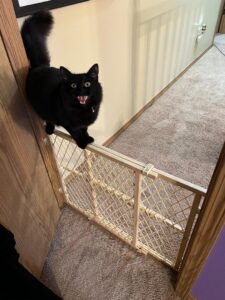 “At night Ela tends to be in bed with us and the older cats, while Dazzler prefers her cat towers with the occasional visit to our bed.”