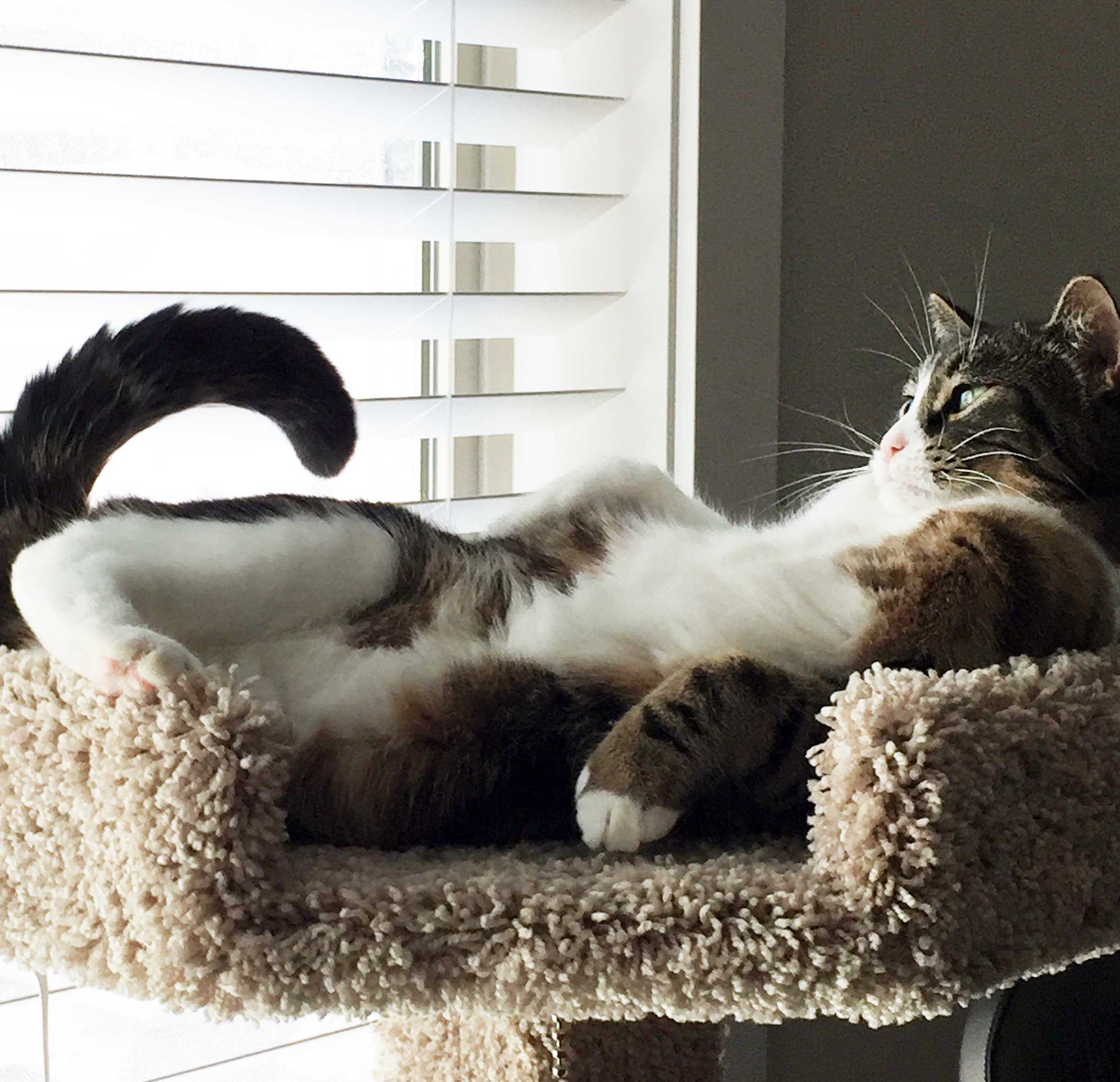 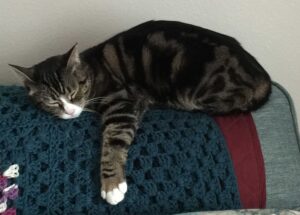 “Ella is kitty number 10 for us,” Julia says. “We were told that she was 8 years old and we figured that she was used to her name — it seemed to fit her.

“We wanted an older cat (12 + years), but we didn’t click with any of those available at the time. We’d been without a cat for seven months and we always try to adopt one who’s often overlooked. My husband chose Ella because of her cute features. And she really IS a cutie.

“Her adjustment to our home has been gradual, and we believe that she must have suffered some trauma at some point in her life. In fact, she’s still annoyed that we won’t allow her outside! But she LOVES playing, even approaching us and ‘asking’ us to play with her. My husband plays with her using her wand toy, and she not only loves playing with her little stuffed mice, she loves playing with a rabbit foot toy that belonged to the first kitty we adopted in 1980! Imagine that! Ella has toys spanning 40 years. 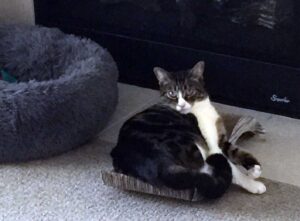 “While she’s a total love bug with me, she’s still warming up to my husband, much to his dismay, but they’re getting there. She’s quite independent and prefers being petted and cuddled on her terms, although she will get up on my shoulder to be held. She likes having her chin and cheeks scratched, but she doesn’t seem to enjoy being brushed.

“One of her cute habits is stretching her back legs one at a time when she wakes up from a nap — straight back and horizontal to the ground. Then, at night, she jumps up on our bed just to say ‘hi’ before going over to the front window to watch all of the action outside. She usually sleeps in her cat tree in our bedroom, but she’ll often come down to say ‘hi’ again at two or three AM.”