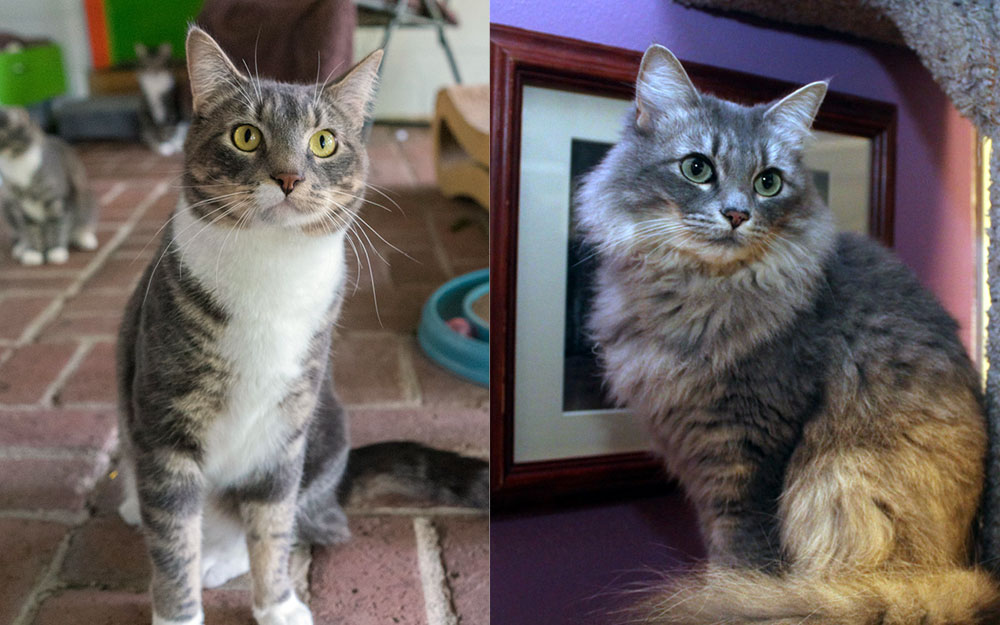 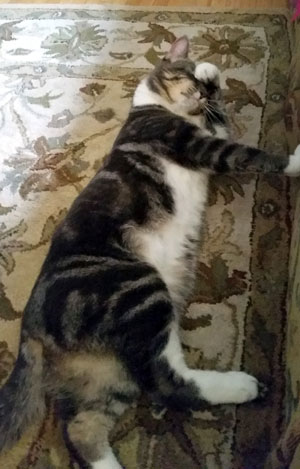 “I decided to get a bonded pair of cats after my house got very quiet, very quickly,” explains Laurie. “I lost my 17-year-old cat last November and my 7-year-old dog in February. I found Furry Friends online and submitted an application. The reason I wanted two cats was so they could keep each other company whenever I’m not home.

“Linda wisely recommended Frank and Charlotte (formerly Oatmeal), and since bringing them home in early May, things haven’t been the same!

“Frank is really beautiful and has the most amazing markings, while Charlotte, who’s petite and fluffy, has the sweetest face. Frank is very sweet, loving and affectionate, and he adapted to the house immediately, whereas Charlotte took longer to adapt, but it’s safe to say she’s very happy here now.

“As a big boy, full of energy, Frank runs all over the house jumping from one thing to another, and playing in the ‘house/bed’ I bought them. He’s amazingly fastidious about the cat box, even covering his ‘business’ from the outside. Although he loves sleeping in the sunroom, he’ll come in to sleep on my bed at least once a night. Lately he’s started attacking my feet under the covers, which doesn’t exactly thrill me. 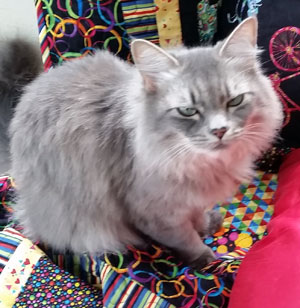 “Charlotte climbs EVERYWHERE! Behind books on bookshelves, on the top of cabinets, behind the grate of the fireplace, in the drawer under the stove. I can usually tell where she’s been by what’s knocked over,” Laurie laughs. “Although only one thing’s been broken, I’ve begun moving things out of her way. And while, like Frank, she loves the sunroom, I think she prefers windowsills. She keeps mostly to herself, but comes over to me for lap time a few times a week.

“I’ve never had two cats before, and it’s quite a change. And a show! They chase each other around the house until Charlotte gets tired of it and hisses and swats at Frank. And although they don’t sleep together, they do seem to care about one another.

“I love them and love their energy — most of the time. I love coming home to them every day. I’m really grateful to Linda and Furry Friends for bringing love back into my house.” 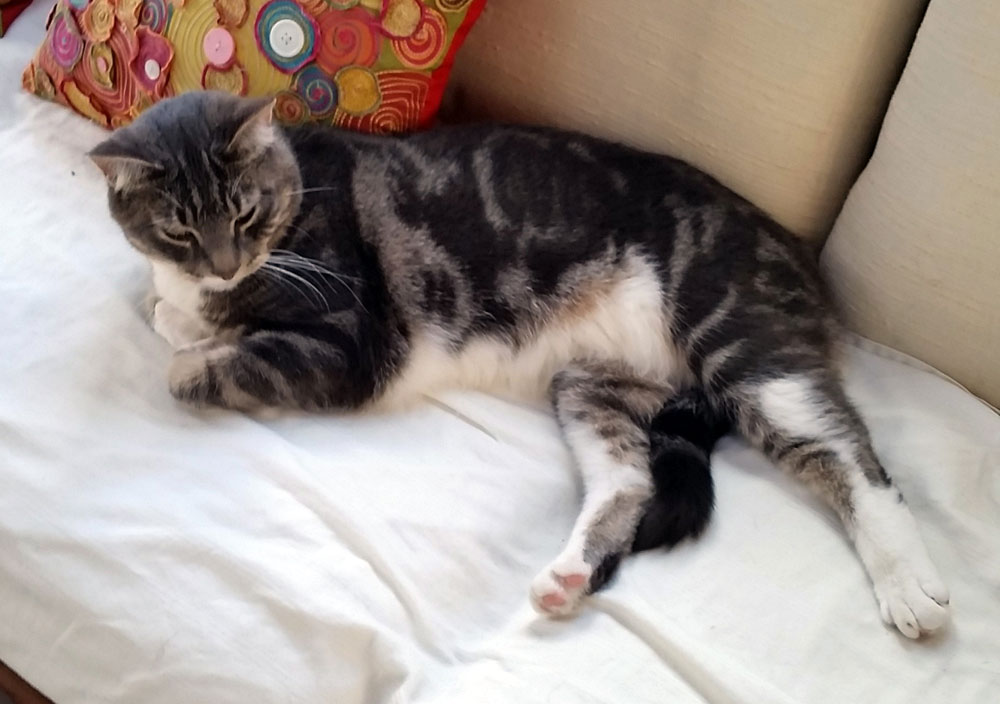