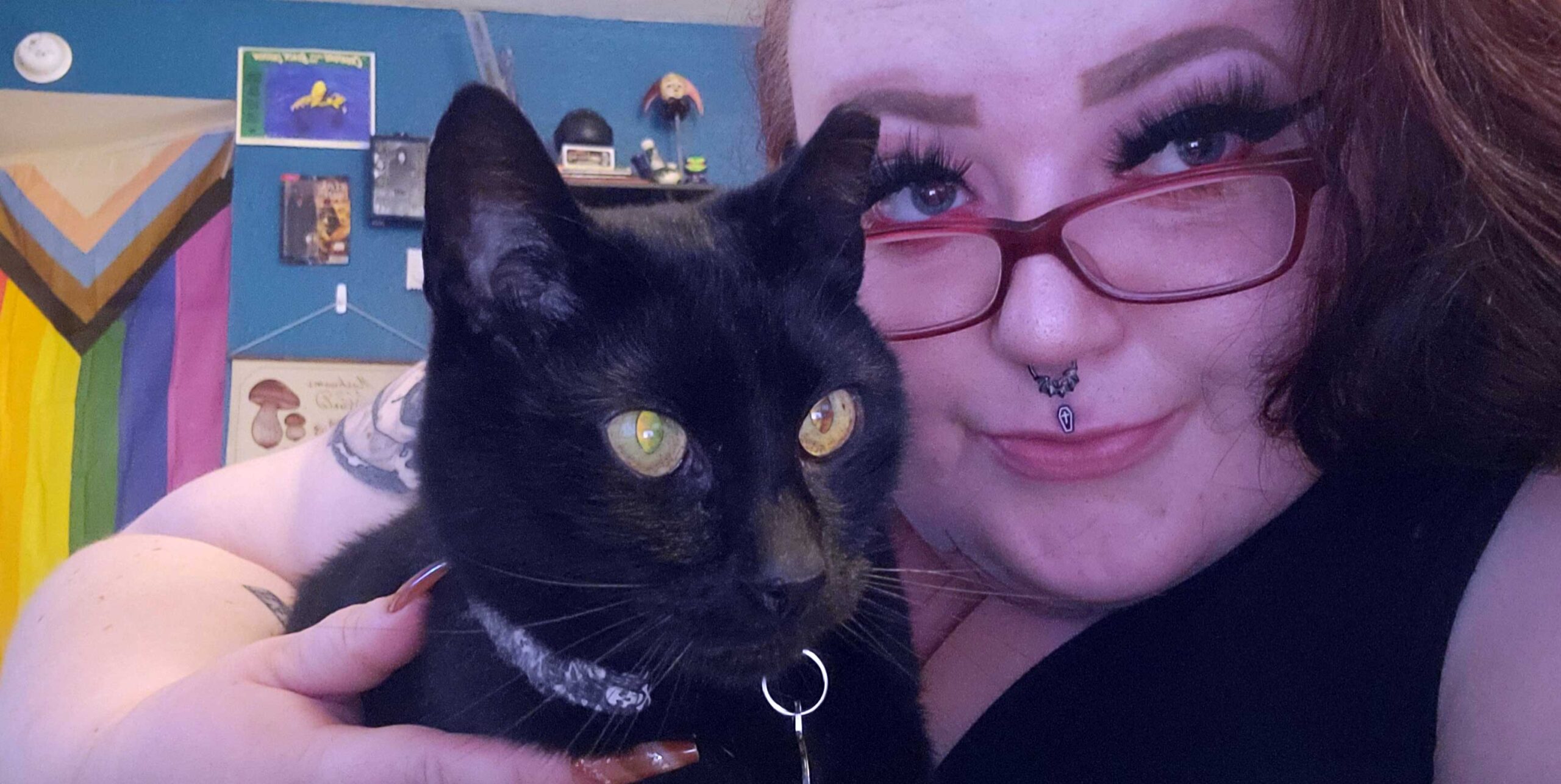 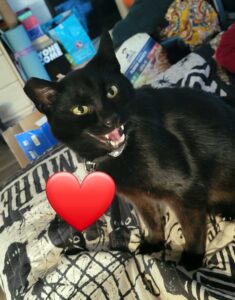 “Frankie, formerly Anubis, is the first cat of my own although I’ve lived with cats my whole life,” Ahnna says. “I went to the shelter looking for a black cat, and when one of your volunteers and my close friend Jazmynn placed him in my arms, he purred and seemed safe and content there. Seeing him so relaxed that way made him the one for me!

“When I moved him into my apartment, I expected his adjustment would take longer than it did. I was told that he had been a stray and was very shy, but I was fully prepared to be patient. At first he hid in my shower and hissed whenever I opened the curtain. So I got him a cat tree (he clearly loved hiding), and closed the bathroom door. After doing this over and over again, he soon became very social with me.

“Frankie has positively impacted my life in so many ways. For a caregiver like myself who works a lot and lives alone, he’s been a very cuddly companion. He also has a silly side with some little quirks such as sticking his top teeth out while he’s being petted, meowing extremely loudly every morning and coming to my bed when he knows I’m awake because he wants some pets. He also loves having his head and butt scratched, but he refuses to let me anywhere near his tummy! 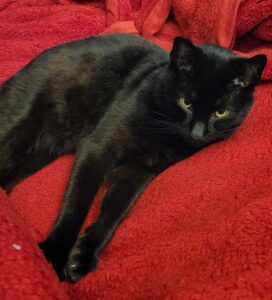 “When I first adopted him, I was worried because I also have two bearded dragons in tanks. While he knows they’re there, he doesn’t bother them and just sticks to himself. He’s even gotten used to my oldest one being out and around him. He enjoys playing with toys when he’s in the mood, and although he’s frightened of balls with bells on them, he absolutely loves playing with his feather toys. At night, he usually sleeps in his cat tree, but he’ll nap on the bed with me when he knows I’m home.

Friends Fur-Ever Stories are compiled and written by Nomi Berger who is the bestselling author of seven novels, one work of non-fiction, two volumes of poetry, and hundreds of articles. She is a volunteer writer for Furry Friends in Vancouver, WA and also volunteers her writing skills to animal rescue groups in Canada and the USA. She lives with her adopted Maltese named Mini.