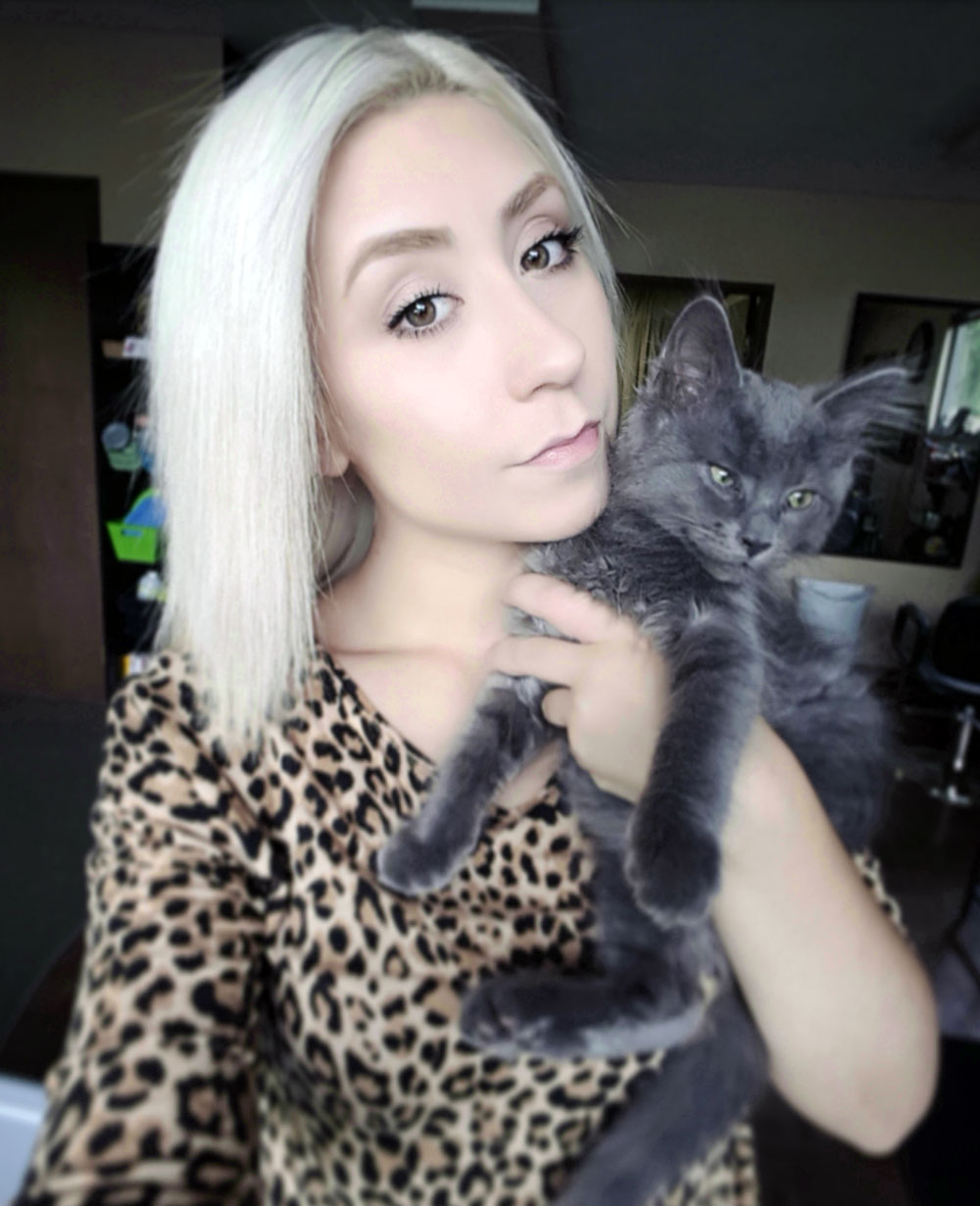 Tess holding kitten Gimm up near her face

When Grimm (formerly called Gatsby) fell asleep in the hood of Tess’s sweater during one of her volunteer rounds at Furry Friends in April 2016, the small bundle of gray fluff promptly stole her heart. Having adopted a Persian named Jango (renamed Griffin) from us in 2015, she now had a purr-fect pussycat pair to call hers.

“With Griffin being such a social and outgoing kitty,” Tess explains, “I knew that his and Grimm’s energy would compliment each other’s, and they did. Not only do they both enjoy rough housing, but once Grimm’s fully grown, they’ll look like identical furry gray twins.”

The bond between Griffin and Grimm was immediate, with two-year-old Griffin “falling in love with the kitten as soon as he stepped out of the carrier. He instantly went into ‘dad mode’ and started bathing Grimm and talking to him with the sweetest ‘cooing’ meows. He’s also very protective of Grimm, refusing to let our dog get too close to him, even giving the dog a good swat if he so much as growls at Grimm.”

For his part, Grimm instantly latched onto Griffin, not only following him everywhere, but also eating and sleeping, curled up with him, either in their window hammock or on top of the cat tree. “He looks to Griffin for confidence,” says Tess, “and to learn how to be a ‘big cat’. Grimm’s adjustment to my family was gradual, however, and although he’s definitely a ‘mama’s boy’, he’s growing braver and more comfortable around my parents and visitors by the day.”

Grimm’s favorite activity is catching and eating bugs with Griffin, while his favorite toy is a bright blue tinsel ball that he pounces on, fetches and carries around in his mouth. A whirlwind of kitten energy for most of the day, the best way to slow him down is to feed him! 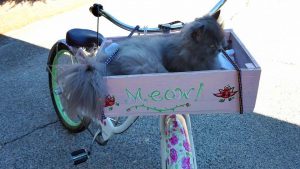 “In the mornings,” admits Tess, “it’s all purrs and cuddles with me. He wakes me up by ‘making bisquits’ (kneading) on my legs.

“Grimm’s been a wonderful addition to our lives because of his great contrast to Griffin, who’s very independent, confident and happy on his own. He enjoys going out in public and being the center of attention, but doesn’t care much for play or lap time with me. Grimm, on the other hand, is more shy and reserved. He needs to know that I’m around in order to feel safe, and he prefers to stay home with me, whether it’s to play with toys or to lie in bed and watch TV together.”

Someone paws-itively has the best of both worlds.