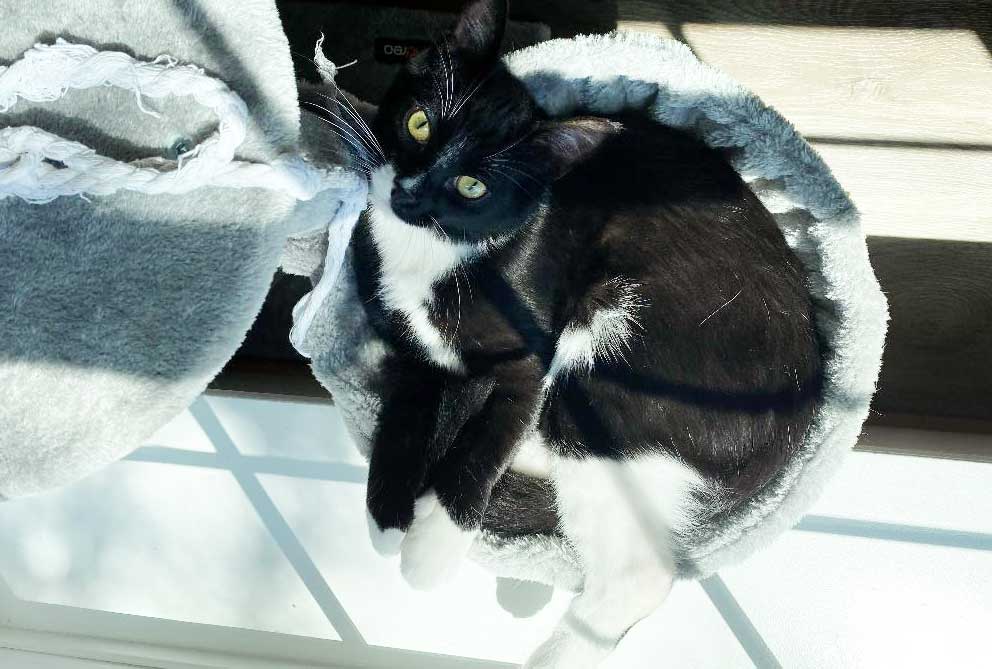 Who is black and white with pale, jewel-toned eyes? An adorable, adopted cat named Hideyoshi!

As Anthony’s first cat, his original name was Hank, and he not only stole his new owner’s heart but the heart of Anthony’s dog.

“Quite simply, I liked the way he looked,” says Anthony, “and the fact that he got along well with dogs made him ideal for my needs. His adjustment to life with us was faster than I’d thought it would be — three weeks or so. And since I work and go to school from home, I’m thrilled to have a kitty companion to spend time with.

“Being a great fan of toys, stringed toys and a laser are his favorites, but he also has a plushy toy that he enjoys using for games of fetch. A blend of affectionate and independent, he enjoys cuddles and snuggles as much as he enjoys time alone, while one of his most endearing traits is lying in a ‘loaf position’ outside various door entrances throughout the house. 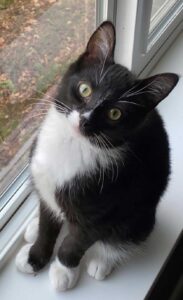 “Then, when it’s lights out for the night, he usually sleeps on my bed or on his cat tree.”