“I grew up having cats my entire life,” admits Gabrielle. “In fact there are photos of me crawling for the first time after spotting a family cat!

“When I moved to Portland for nursing school, my husband stayed behind to attend to business matters before joining me and our beloved cat, Emerson. But before he could, Emerson, whom I had adopted as a stray six years earlier, suddenly and tragically died.

“Knowing we could provide a love-filled home to a cat in need, I reached out and found Jimmie on the Furry Friends website. After seeing his silly and very expressive face with his bright green eyes, and after hearing that he was perhaps a feral-ish cat rescued by a Good Samaritan, I just had to meet him.

“We all fell in love with him immediately. He instantly began drooling and purring, and although he was initially very timid, he couldn’t resist the pets, gave us some sweet little love bites and even chirped at us a few times. I knew we had to take him home!

“After setting up a cat tree and buying toys and food, we brought him home with us. He took some time adjusting to his new surroundings, chose a perch and kept to it for a few days. But he was totally into pets and he eventually realized that his food and water were acceptable and that the toys we had gotten him were fun. He’s partial to feathery, bird and mouse-like toys which he loves to tackle and delightedly ‘murder’.

“His favorite spots now are his cat perch/scratching post by the window where he chatters at birds, our laps, and whatever free spot he can find in our bed. Jimmie and I brought each other a lot of comfort in those first few months when it was just the two of us in the apartment.

“He’s a bit of a skittish cat who seems to have suffered some form of PTSD due to the way he was treated in his earlier years, but we’ve really worked through a lot of that with consistent cuddles and lots of talking. He’s now a much more confident and sassy little guy who always has something to say – or ME-OW — and he always likes making his presence known.

“He still drools from time to time when he’s either nervous or happy and he loves to hand wrestle when he gets the kitty ‘zoomies’. Jimmie is very special and handsome and he’s brought a lot of joy and fluff into our lives!” 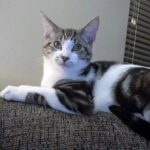 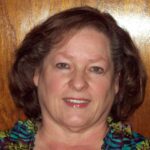 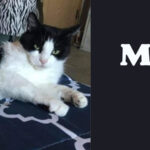