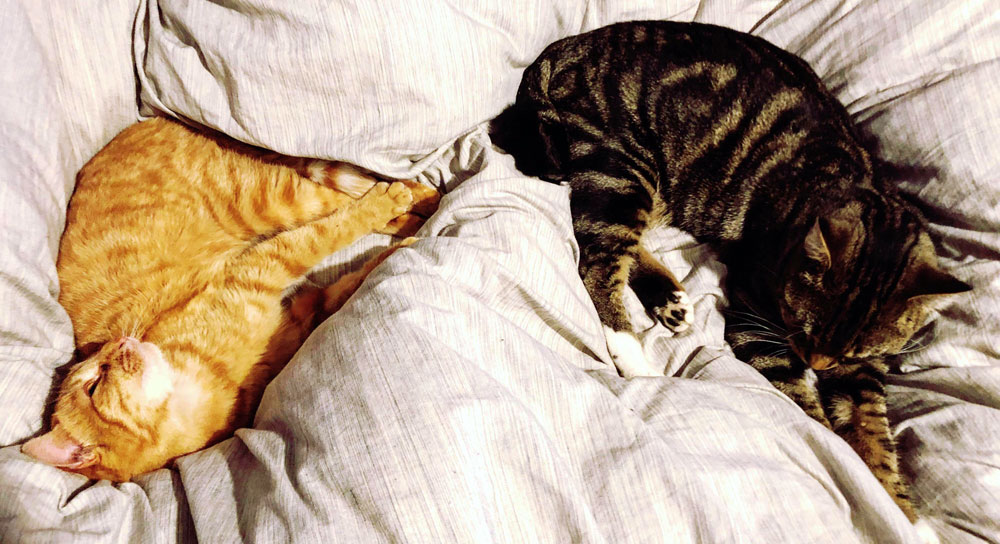 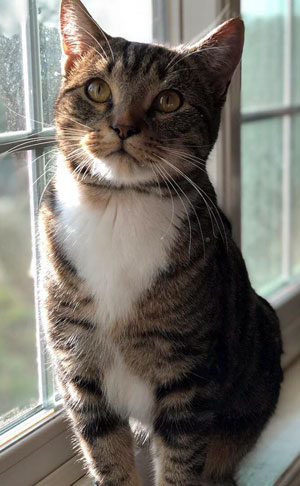 “We met him when he was 4 weeks old and it was meant to be,” Miranda explains. “Since he was so playful and had a very similar personality to Sophia, we knew they’d be perfect for each other! And we were right.

“He immediately wanted to be friends with everyone, and got comfortable with the rest of the house within days. He’s brought such joy to us and has quickly become Sophia’s devoted companion, although they don’t cuddle or sleep together yet. Because he’s still a kitten, he likes to play and play and rough house ALL the time. Sophia, on the other hand, does not, so she’ll often run away from him. But they both LOVE to play outside, where they’ll chase each other and tumble around.

“He loves to play with just about any toy he can grab and kick, but his favorite is chasing the feather wand. We have to keep well stocked on feather 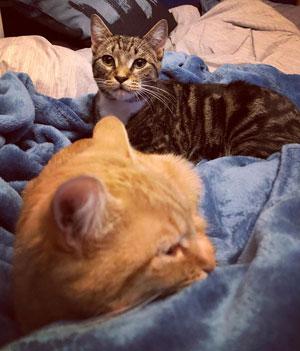 wands because between them, the two cats can go through one a day. Keanu loves the wand so much that when he’s torn off all the feathers and only the string is left, he’ll still chase it and run around the house with just the wand. He also loves playing outside with bugs in the early evening, as well as hunting and pouncing on Sophia. And to top it all, he loves watching movies with us. Whenever we’re watching one, he’ll hop onto the coffee table, sit there, and watch the ENTIRE movie!

“Much like Sophia, he has an independent streak, and like her, he prefers cuddling on his terms. He’ll come to us when he wants pets, even waking us up in the middle of the night to pet and cuddle him. He sleeps in our bed and usually starts by sleeping at our feet, where he’s tempted to ‘attack’ them, moving next to settle in between us, then eventually making his way upwards to sleep on our faces.”