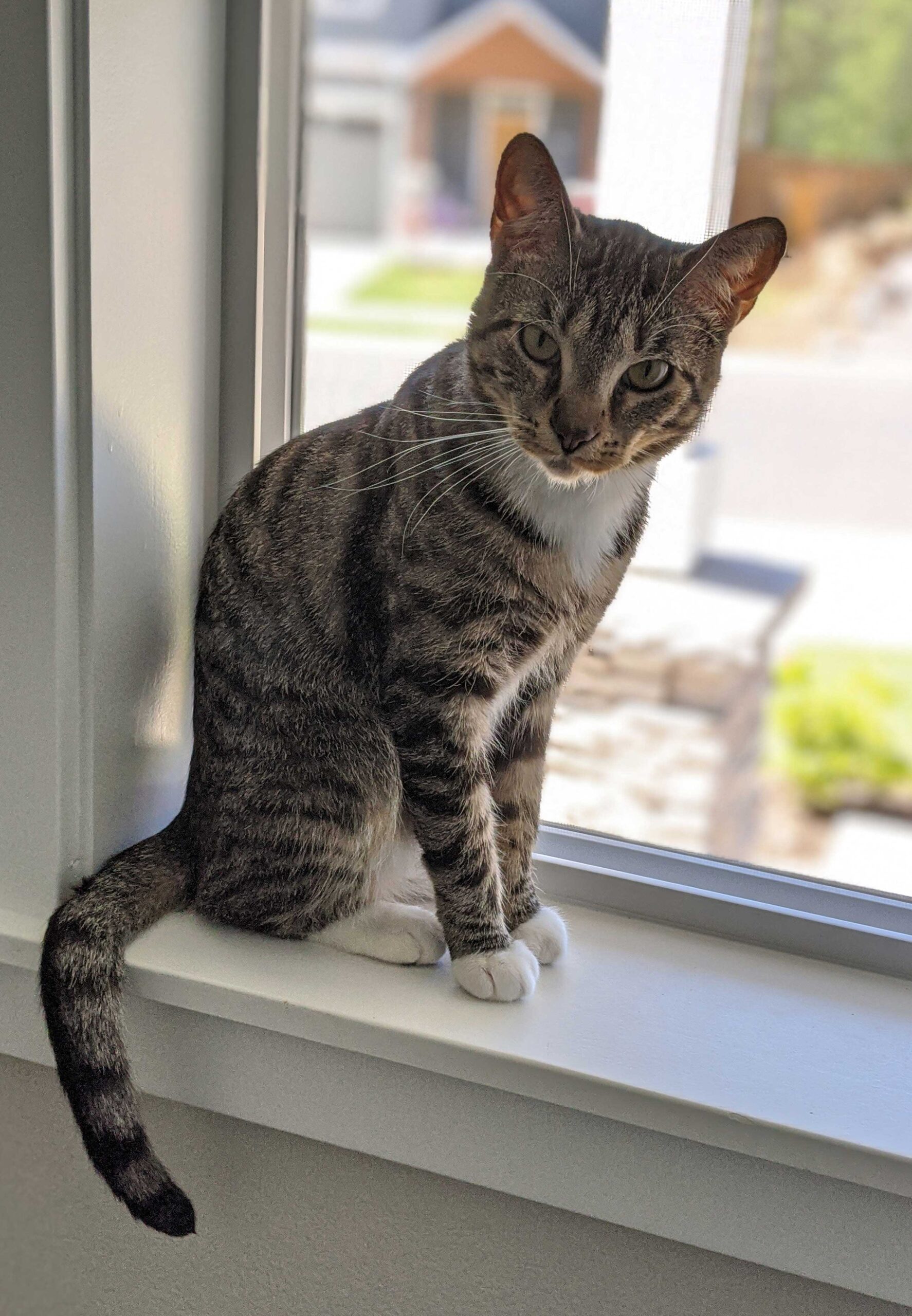 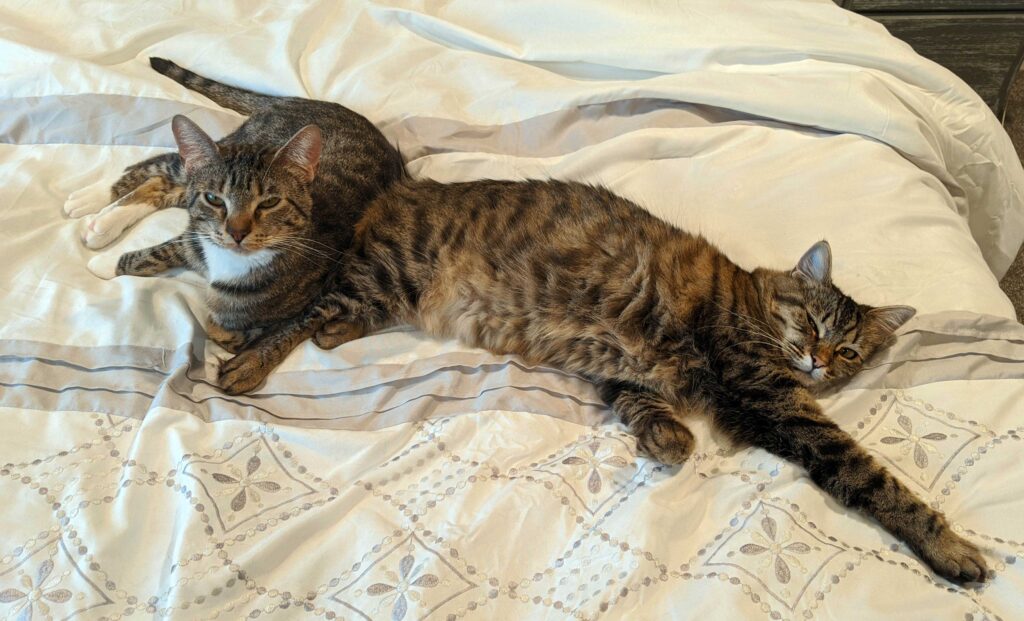 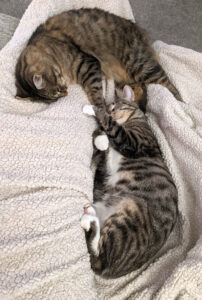 “We love Leo so much! He’s such a sweet kitty,” Jessica exclaims.

“My husband and I each grew up having cats in our families and I’ve always had cats as an adult. My 16-year-old kitty, Ellis, passed away right after we’d gotten a new kitten, Lilly. Since we ultimately wanted another cat for Lilly to play with and bond with, and I wanted a cuddly lap cat, we looked into Furry Friends.

“At Furry Friends, his name was Bobby, but I think his face looks like a lion’s face, so I changed his name to Leo. He seemed very sweet when I met him and it just felt right.

“His adjustment to living with us was gradual. He’s scared of new things, and Lilly was both scared and a little aggressive (growling and charging but no physical contact). We kept Leo in our bedroom/bathroom suite for over three weeks while letting the cats sniff at the doors and have supervised visits. Finally, they clicked and they’ve been playing and sleeping together ever since.

“Having Leo in our lives has made everything better! He’s still very sweet and always purrs when we pet him. We enjoy watching both cats play and it’s so cute seeing them sleep together. 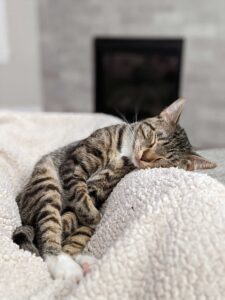 “We also have two dogs – both of whom have always been around cats. Leo sniffs at them curiously when they’re lying down, but otherwise he avoids them. The male ignores both cats (he’s oblivious in general) while the female wants attention from them and is still trying to become friends with Leo.

“At first, Leo was hesitant to use the cat scratchers, so we’ve spent time working with him on that. What he loves, though, are those fishing pole toys, and not only can he run fast, he can jump really high.

“I was hoping he’d be a cuddly lap kitty, but I once filed my nails while he was lying on me, and it scared him so much that he wouldn’t get back on the couch again! So we’ve been working with him on that too.

“His silliest, most endearing habit is his incessant licking of anyone that gets within ‘tongue distance’ of him. Whenever you pet him, he’ll try to lick you. I’ve never had a cat try to clean me so much! He even tries to lick my feet while I’m at home trying to work!

“At night he loves sleeping with Lilly on their cat tower or under one particular shelf we have and on occasion, in a corner of our upstairs landing.”