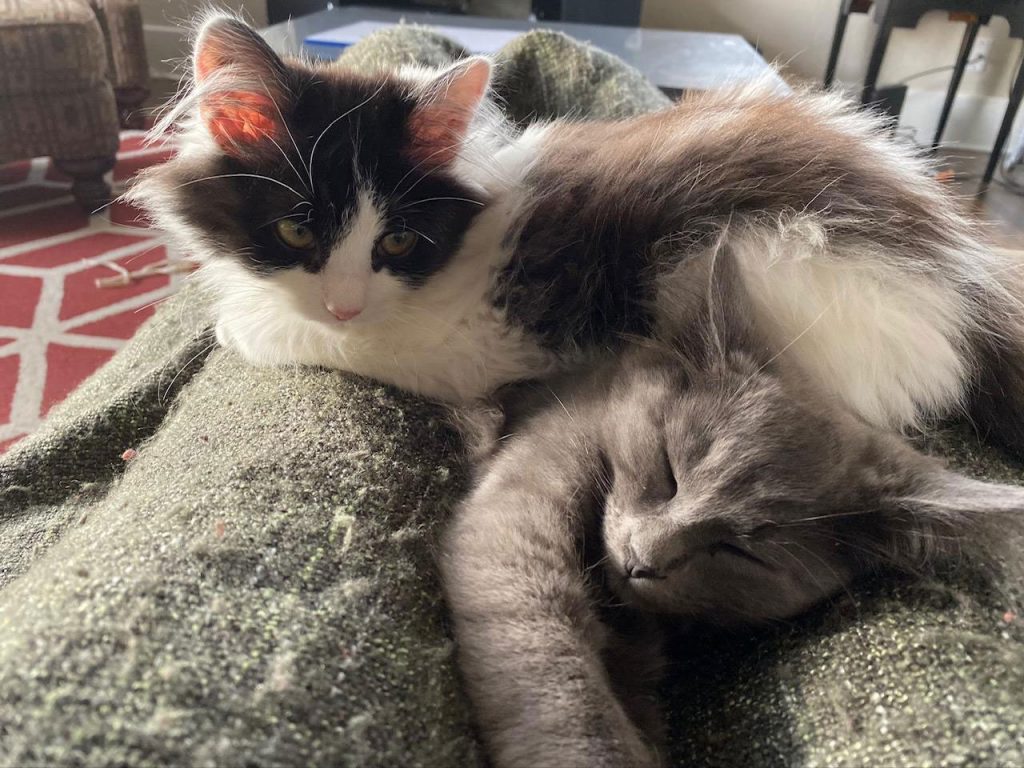 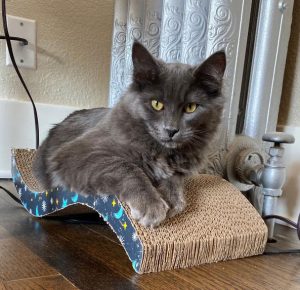 “Although we’ve had other pets before, we finally decided that we were ready for kittens,” explains Sara.

“His original name was Ganache, but our daughter named him Luke MeowWalker. We first fell in love with his coloring in the pictures on Petfinder. Then we went to Furry Friends and met him. He was so sweet!

“We had brought home another kitten about two weeks before Luke, and while they were close in age, it took them two to three days to get used to one another. After that, the kittens decided they loved each other. We started them out in the guest bedroom in the basement and gradually gave them more freedom throughout the house.

“The changes in our household were subtle. I notice we laugh more. The kittens are really funny together, get along fabulously, and like to get into things. They’re constantly playing and exploring. We just get so much joy out of watching them together and interacting with them.

“They both love toys (they also love watching our fish) and run around the house with them all the time. We found a great fabric pop-up cat tunnel that they love to hide in. They also take some of my daughter’s toys and run off with them. It’s pretty funny. 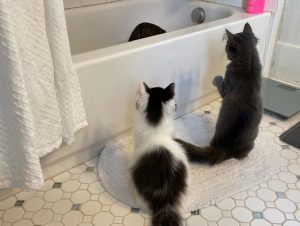 “Luke likes to sleep on us. He tolerates being picked up but gets a little squirmy if we try to hold him when he’d rather do something else. He follows us all over the house, though, and is constantly checking out what we’re doing. If we’re in the bathroom brushing our teeth, he’s sitting on the counter. If we’re cooking, he’s sitting in the kitchen watching us. He also loves water! One of his favorite places to sleep is in the little upstairs bathroom sink after some water’s been run in it. And if we’re doing anything water-related, he’s involved.

“During the day, he naps all over the house. Besides the upstairs bathroom sink, he’ll sleep on the cat tree by the back window with bird feeders right outside. At night, both kittens go down to the basement. With the guest bedroom and laundry room there, they either sleep together on the guest bed or in their cat beds in the laundry room.”