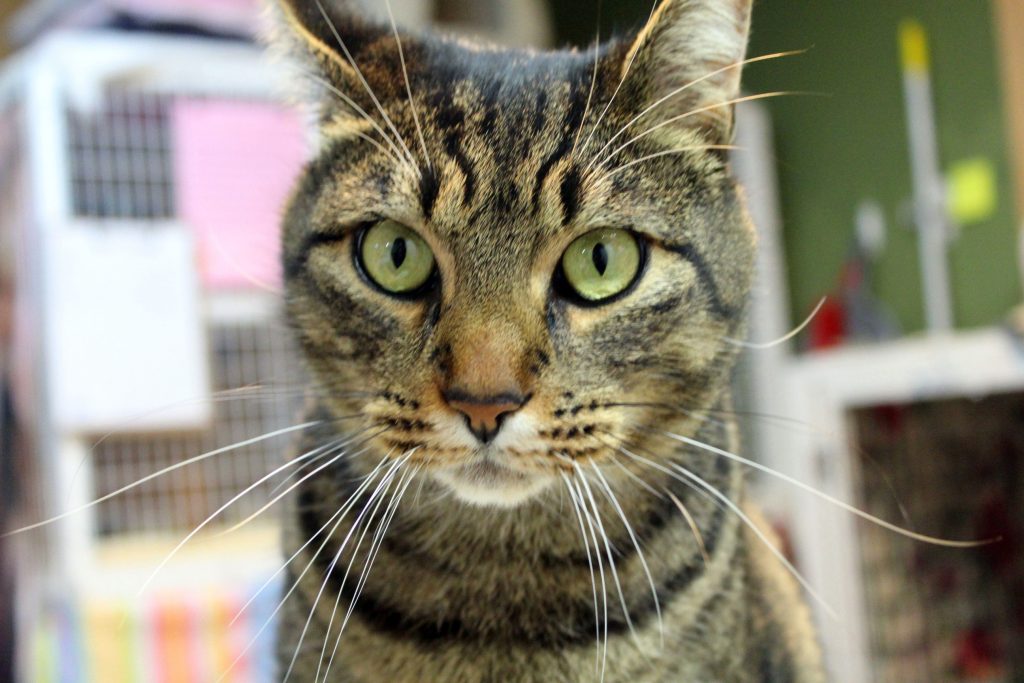 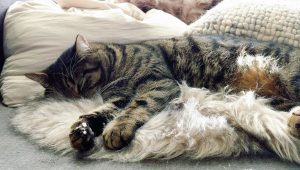 “One of our cats, Buddha, suddenly took ill,” explains Alex. “It turned out to be cancer and he was taken from us swiftly, leaving his pal, Aurora, alone. Having been together since they were both three months old, we decided to look for a companion for her and came upon Lumos at Furry Friends.

“We knew we didn’t want a kitten (kittens are often the first to be adopted and the older cats are often overlooked). We also knew we weren’t ready to adopt a senior cat (the thought of having to say goodbye again so soon was unbearable). When we met Lumos, he was so relaxed with our new daughter, then about 8 months old, which was really important to us. We kept his name because we loved it so much — and we love Harry Potter.

“Bringing him home, though, was more of an adjustment than we had anticipated. Accustomed to being an outdoor cat, Lumos was feisty and wanted to play with Aurora. But at the age of 15, she wasn’t having it. And so, we worked with Marci from Furry Friends to address some of his play aggression because we refused to give up on him. 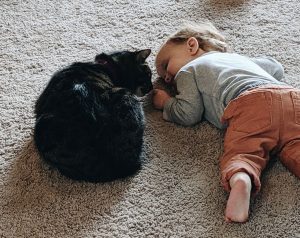 “Our perseverance paid off! Now fully integrated into our family, he enjoys using his climbing tower and playing with our younger dog, winning most of the time. He’s also extremely good friends with our daughter, who respects his boundaries, and he can often be found lounging by her side — always close enough for chin scratches. She loves whisking a kitty toy around and gets a kick out of watching Lumos chase it all over the place.

“Sadly, Aurora died only a few months after we brought Lumos home. It was devastating. Losing both of our longtime kitties within a year of each other made us especially grateful to have had Lumos in our lives.

“While he still has the occasional urge to got outside, Lumos knows he’s an indoors-only cat and takes full advantage of the many areas throughout the house where he can bird watch and soak up the sun.” 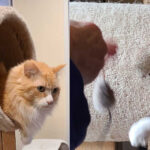 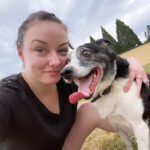