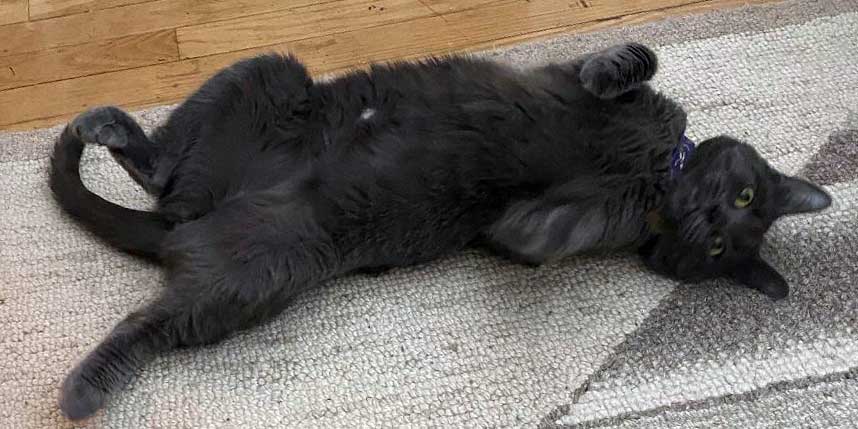 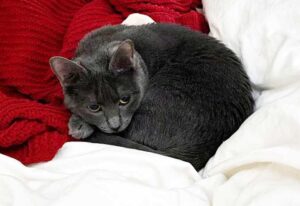 Luna is Amelia’s first kitty, and although she tried to change her name, the name Luna suited her so well that she eventually stuck with it.

“She’s a young, pretty Russian Blue, a breed I’d been interested in for a long time,” Amelia says. “And she was so cuddly and so sweet when I met her that I was instantly smitten.

“Shortly after I adopted her, we moved from a large house with other people to a small apartment. And as soon as we had a smaller, calm space just for the two of us, she was right at home. 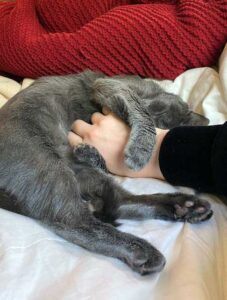 “She has so enriched my life! She’s my daily companion and snuggle buddy every morning.
Not only does she ask constantly for pets, her favorite thing of all is being brushed. As

much as she likes her alone time, she can almost always be coaxed out for some head or chin scratches.

“While she’s hesitant when meeting new cats, she warms up quickly to humans, and absolutely loves playing with hair ties and string. When she’s feeling particularly relaxed, she loves to rest with my arm against her chest, and if I’m really lucky, she’ll stretch out, then squeeze my arm in a big hug. Then, at night, she’ll sleep wherever she wants – in my bed, on the couch, under the table, or under the bed.” 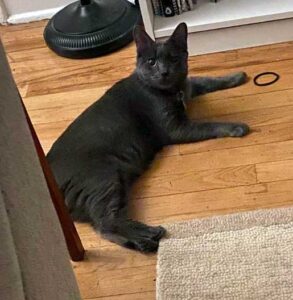 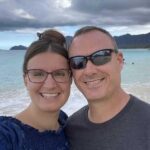 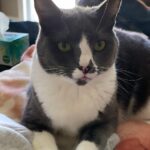 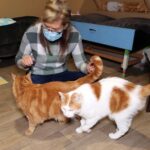