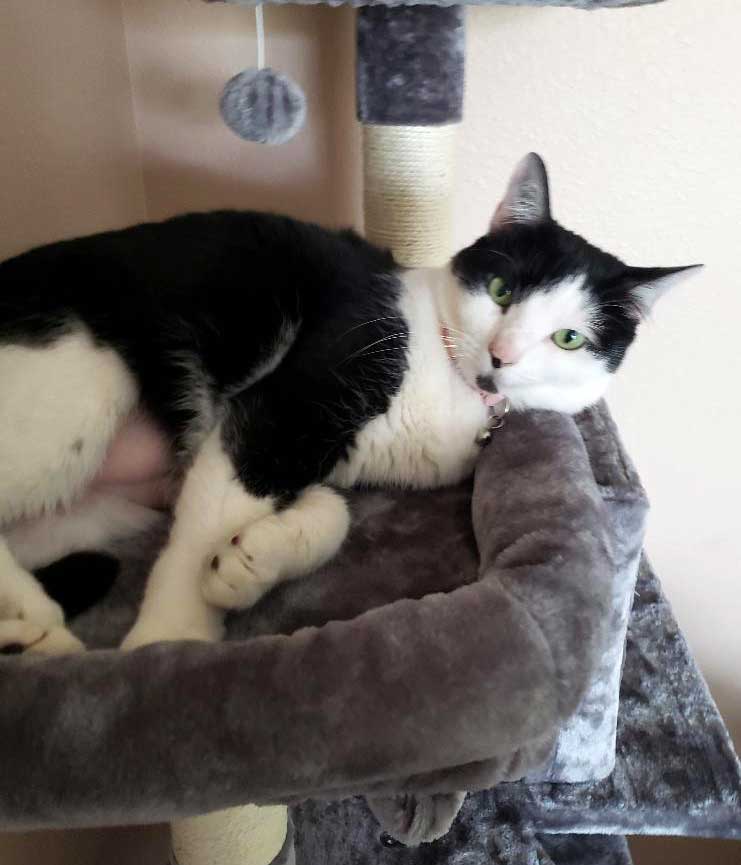 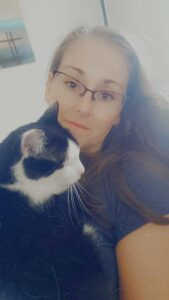 “I have had cats throughout my life,” Crystal says. “I got my first cat when I was four, and named her Sarah after the triceratops from the children’s movie, ‘The Land before Time.’

“Princess Buttercup was Luna’s original name, but when we adopted her, we changed it in honor of Luna Lovegood from the Harry Potter series.

“We chose her because she was so sweet and wasn’t afraid to come up to me. After we brought her home it took nearly a week for her to come out from under the bed because of our dog, Smokey. I wouldn’t call them friends but they do sleep near each other on the sofa now.

“She’s brought us such happiness! While she has an independent streak, she prefers to be wherever we are. She’s funny and chatty, loves being petted, lying in our laps and on our chests and cuddling with us. She sleeps half the night with us, nestled in the curve of my arm, and then I’m pretty sure she’s in her cat tree. When my boyfriend and I wake up in the morning she meows and meows until I pick her up and snuggle her. It’s almost as if she’s missed us while we were asleep.

“She enjoys playing with string toys and feather toys — and not much else. Frankly, I think she’d rather snuggle than play. Not much deters her from getting some snuggles in. She also has a funny way of asking for pets. She almost jumps/arches her entire body up into my hand which always makes me giggle. 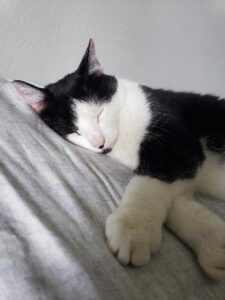 “It might be worth noting that after I adopted Luna, I was so inspired by the work of Furry Friends that I became a volunteer. I work at the cat house every other Saturday evening.

“Thanks for everything you do!” 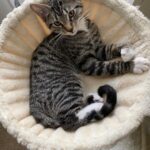 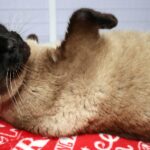 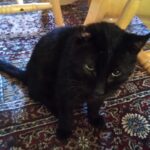