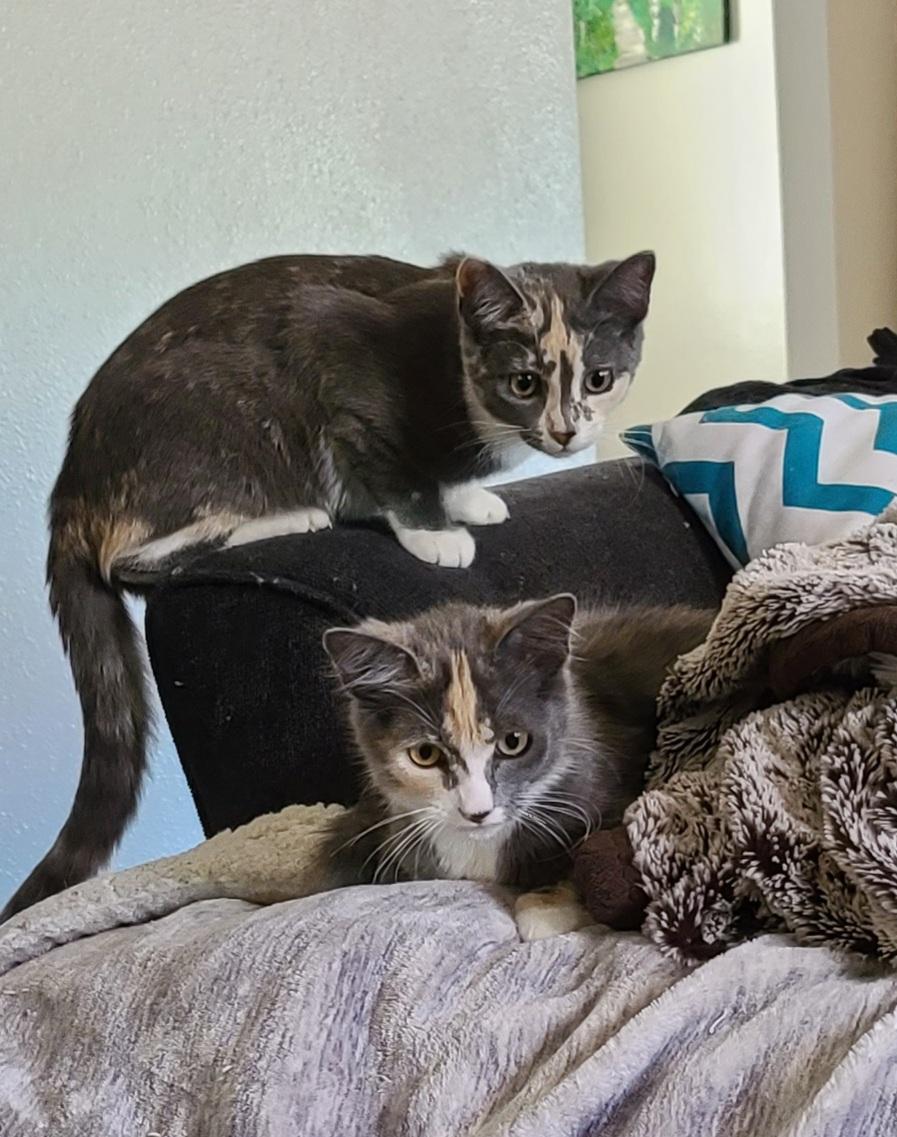 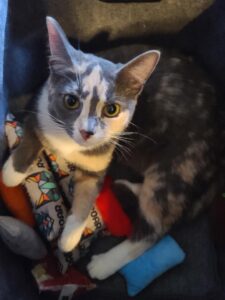 “I adopted Maizie first,” explains Jaimie, “and when she came home to meet the rest of the family, she sat and growled at everyone. Our resident cats wanted to sniff her, of course, and follow after her, and amazingly, a few hours later, I found Maizie sitting in the middle of the living room with the other cats around her as if she were holding a meeting! After that, they all got along fine.

“She has some weird little quirks. She likes to fetch BBs and will carry them around in her mouth and then drop them into our shoes. She frequently sits with her mouth hanging open. She’s not a great fan of being cuddled but she does like to sleep at the end of our bed.

“We then adopted Blaze because she looked just like Maizie, and kittens do better in pairs. (All of my other cats have companions close to them in age). Unlike Maizie, Blaze, with her beautiful tail, pranced in proudly, behaved as if she had always lived here, and became fast friends with Maizie.

“Oddly enough, Blaze didn’t meow until she was almost a year old! In fact, her first meow actually sounded more like a moo, and now, while infrequent, her meows are cute little trills. She doesn’t enjoy cuddling much either. But when she comes over to you, she ‘must’ be petted then and there. If you don’t give her the pets she wants, she’ll nibble on your knees. 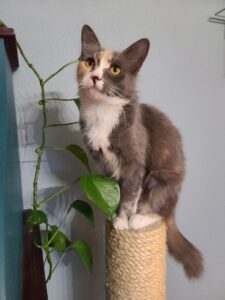 “Maizie and Blaze can always be found grooming each other and chasing one another around the house and out onto the catio. They both fall asleep in the weirdest positions mid-play. They add an extra layer of fun and chaos to our home and I spend a part of every day picking up everything they knock over, but I wouldn’t change it for anything.”