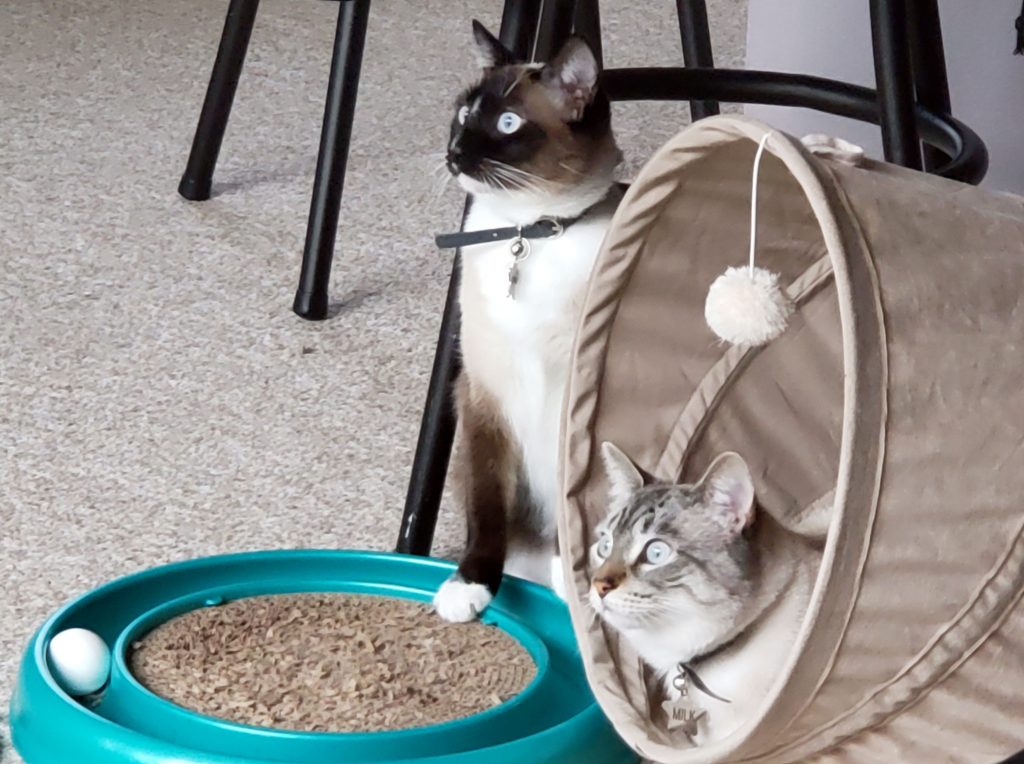 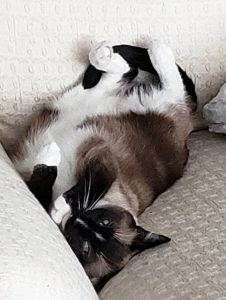 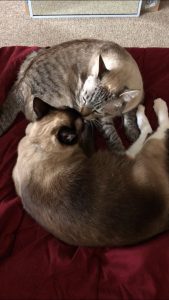 “I had four other cats in the past,” explains Summer, “but Milk and Cookies are my only kitties now.
“How could I change such cute names when Milk and Cookies suit them so perfectly?
“I chose them for several reasons. It was important to me that they’re sisters since I sometimes work 16 or 18 hours a day. Then, when I met them, they seemed so friendly and so cuddly that I simply couldn’t resist them.
“Their adjustment to living with me was somewhat gradual, but it was much faster than I expected. They were pretty well settled in within a week, and they bring joy and love into my life every day.
“To say they’re playful would be an understatement. They LOVE to play. My floor is littered with cat toys — from fuzzy mice to bits of string. They also have a box that I was going to recycle but they ‘claimed’ it and it’s now their castle. 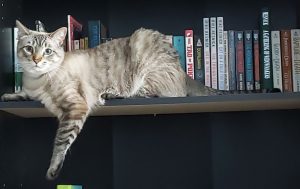 “While they both love being petted and having their heads and bellies scratched, Milk is the cuddlier of the two and will often sit in my lap after a long day at work. For her part, Cookies plays this game where she’ll walk in front of me, wanting attention yet moving just out of reach when I try to pet her. She then glares at me for not petting her. It’s both adorable and mildly frustrating. But they both like to climb into my bookshelves and hide behind the books.
“At night, they tend to sleep all over the place. Some days I come home and they’re both asleep on my bed. Sometimes Cookies will curl up in a particular chair while Milk takes over a corner of the couch. 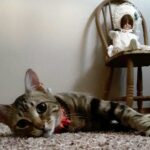 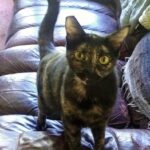 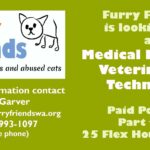