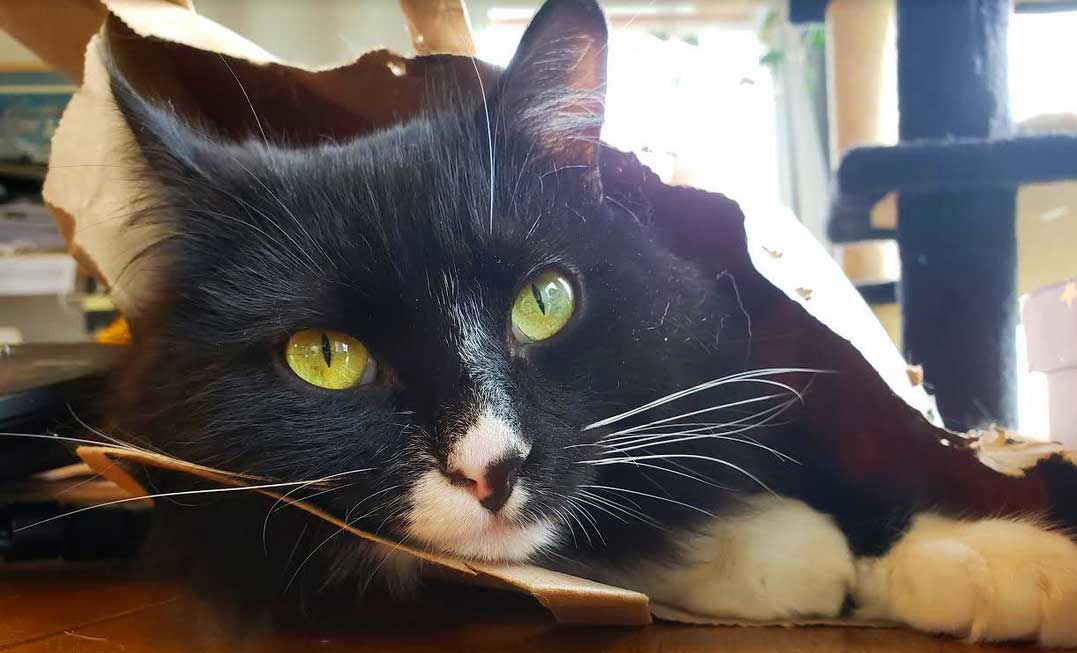 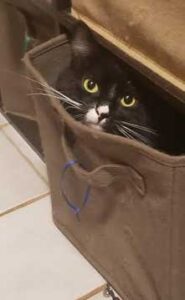 “When we adopted Blackberry, we renamed him Pookas, which is similar to the Lithuanian word for ‘fluffy’ since he’s a fluffy, long-haired tux kitty,” Diane explains. “He has a brother about the same age, Karvee (cow in Lithuanian), a cow tux. Because my husband’s parents were born in Lithuania, we try to pick names that work in both languages.

“Pookas is our second rescue kitty, replacing our previous rescue who, sadly, never returned from her daily mouse-hunting trip. We purposely chose one who was an indoor cat to keep him happy and safe at home with us. He adjusted after a week or so (he used to tremble whenever he saw our dog, but now he completely ignores him).

“Pookas and Karvee have great fun doing zoomies and wrestling each other. Pookas’s other favorite pastimes are exploring, getting into every closet and cabinet, bag and box, and climbing on top of every piece of furniture in the house. I’m never sure where he’s been when he wanders over with spider webs in his whiskers! 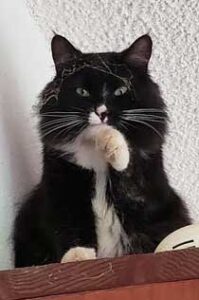 “His favorite toy is a string with a feather or mouse on the end, and he’s ‘trained’ us to use it when we play with him every night. He complains by squeaking when we pick him up, and although he’ll let us hold him like a baby (tummy up), he has no interest in being a lap kitty. He’s also the most gentle and least graceful cat I’ve ever met. He doesn’t meow like most cats unless food is involved — instead he squeaks, mews and chitters. He’ll sleep anywhere, and I do mean anywhere! We have to be careful not to step on him on the stairs or in the middle of the floor.

“In short, he’s been a fun and entertaining addition to our family.”