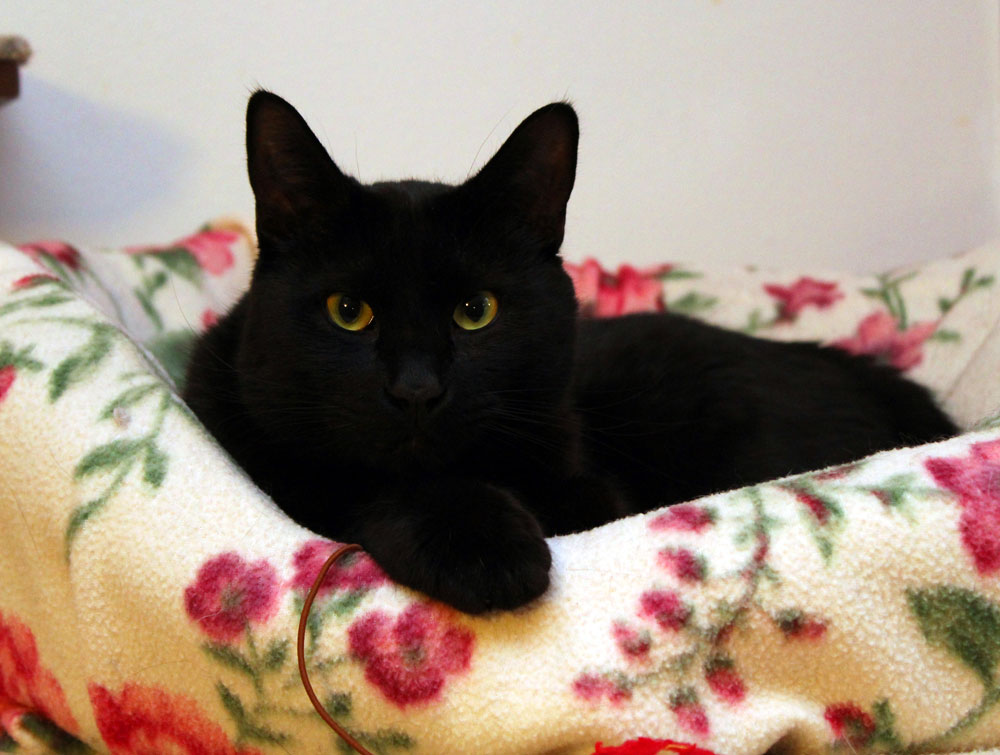 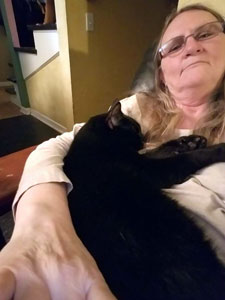 With a name like Prairie Kittin, you’re simply fated to love felines. And so it was with Prairie, who’s always lived in the company of cats.

“I fell in love with Prince (whose original name was Luke) the first time I saw him,” she says. “I don’t know what it was. It was just an instant connection, like it was meant to be. And I literally ‘crowned’ him Prince to reflect his royal status!

“He fit seamlessly into our lives while allowing us to fit seamlessly into his, and not only am I lucky to have found him, I can’t imagine what my life was like before him. I suffer from chronic pain and arthritis, and he really helps with the emotional aspect of it – not to mention the fact that his body heat helps the arthritis – because he always seems to know when I’m in pain and in need of cheering up.” 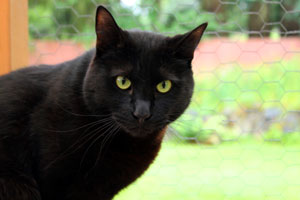 While the princely puss’s love connection with Prairie was instantaneous, it was more gradual with her boyfriend, Steve. Although he’ll gladly allow Steve to pet him and play with him, when he wants to cuddle or needs a lap to sleep on, he heads straight for “mama.”

“As active as he is affectionate, Prince is also quite the character. He likes jumping from the stairs to the top of the cat tree, and when either of us enters the bathroom, he’ll follow us and ‘ask’ to have the water turned on in the sink. Then he’ll drink happily out of the faucet with the water running through the fur on top of his head! 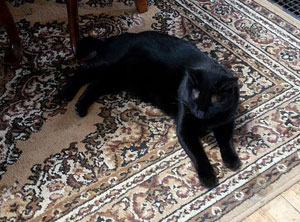 “Prince’s greatest challenge has been adjusting to life with a pit bull. The poor dog just wants to play, but Prince doesn’t know HOW to play with her. His idea of playing is to hide under the chair, then reach out and smack her on the nose! He gets along well with our other dog, though, and with our other two cats.

And where does the princely one sleep at night? In bed with Prairie, cuddled up, comfy close.