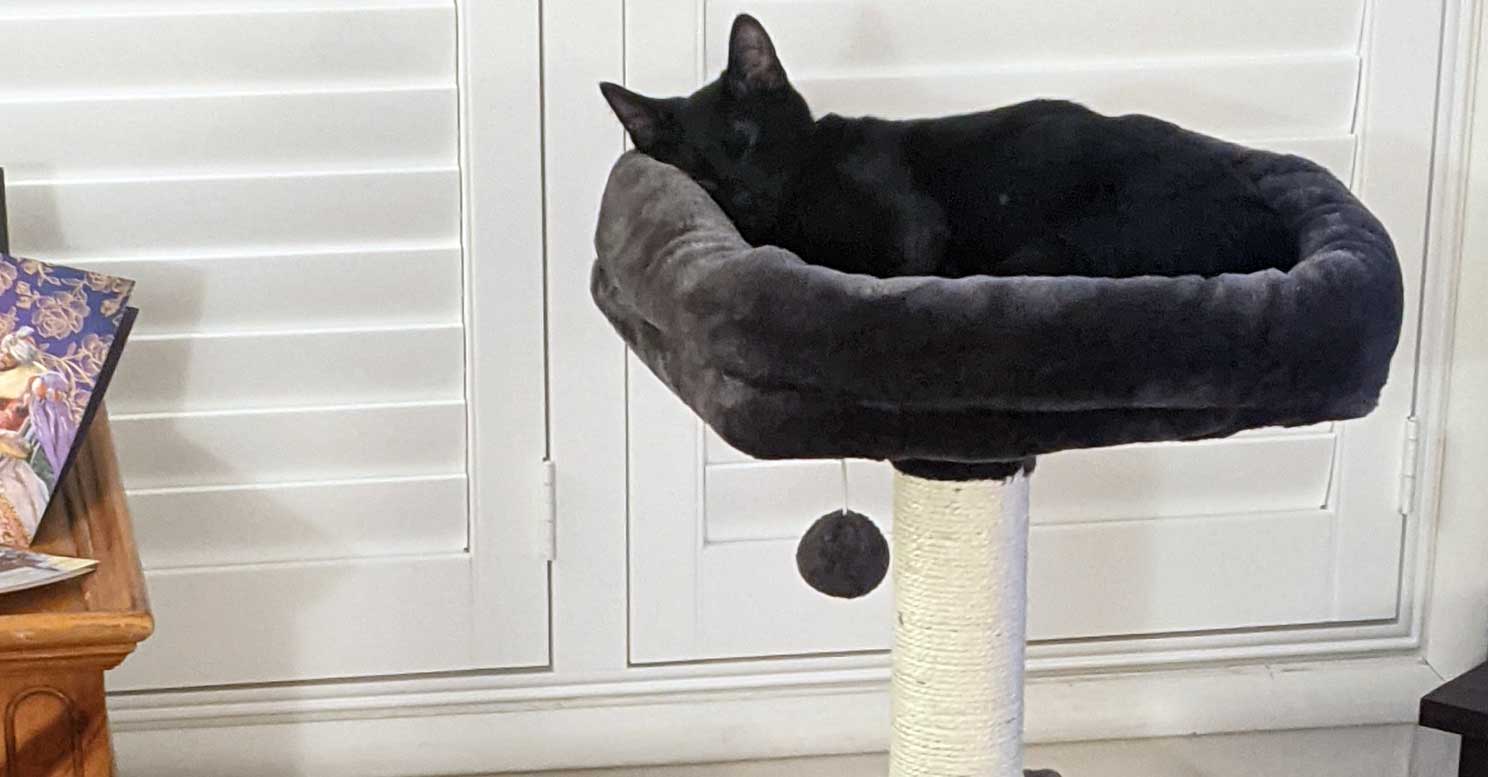 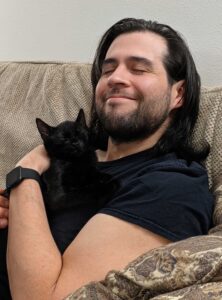 “Shadow is the first kitty I’ve had in over a decade,” Jennifer explains, “and he is my husband Eddie’s first.

“While his original name was Othello, we changed it because we thought Shadow was more fitting for him. He started by just hiding in the shadows and has since become our little Shadow.

“When I saw his picture on the Furry Friends site, I immediately fell in love with his little face, and although he was very scared when we met him, we felt a connection.

“He was, and still is, somewhat skittish, so his adjustment to living with us was gradual, but it was faster than I had anticipated. As soon as we released him from his carrier, he hid in the first spot he could find and spent most of his time there. Then, after hiding awhile under the couch, he slowly made his way into our laps. Now, he’s very much at home. 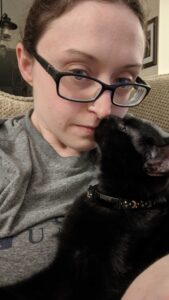 “Shadow has made our lives so much better, and Eddie is IN LOVE with him! Every day starts with Shadow sitting or lying right on or near our faces, and purring loudly, telling us it’s time for breakfast. By the way, he has such a loud purr that you can hear him from across the room.

“He really likes his crinkle balls and toy mice. It’s truly endearing to see him carry them around in his mouth when he plays. He also likes the laser pointer and when he tires of chasing it, he’ll attack one of his toys!

“As much as he enjoys being petted and cuddled, he also enjoys spending time alone. But he’s the first cat I’ve EVER had who likes belly rubs. I love being able to pet his belly without getting mauled, especially since he presents it so often.

“He’s such a silly little guy. One of his new sources of fascination is water, whether it’s sitting in the bathtub by himself and staring at the faucet or sharing the water with us. 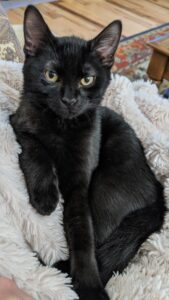 “Shadow has a few favorite spots to sleep. He spends most of his time on his cat tree by the window. He also loves taking over the couches, his humans, and our bed!”