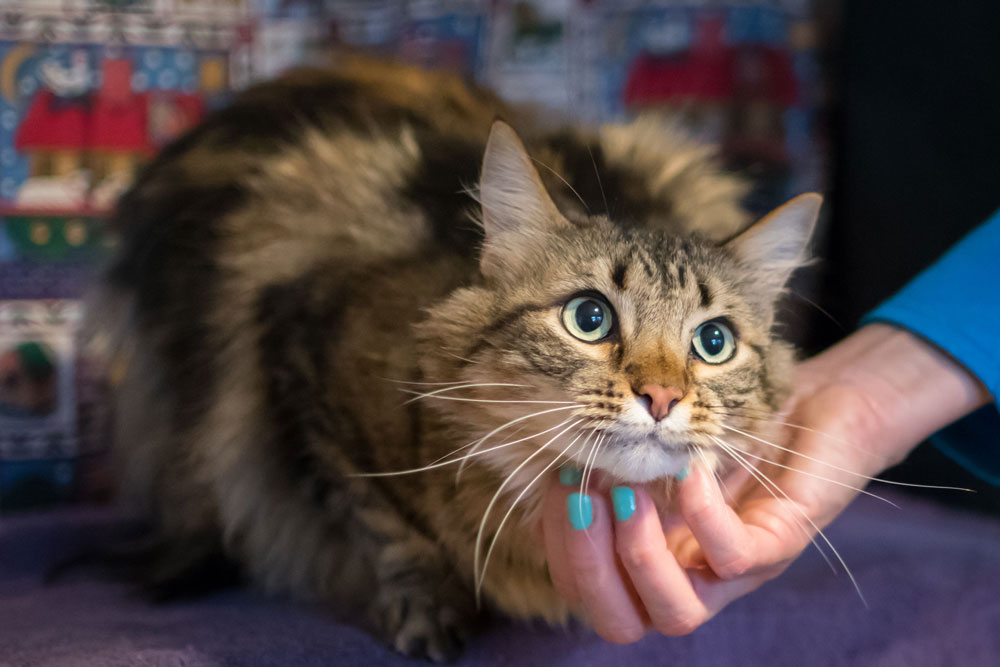 “I’ve always been more of a dog person,” Stefanie admits, “but when my favorite dog in the whole world died in 2012, I decided that maybe a cat would help with the sadness.

“Since I’ve always gotten animals from rescues, I adopted Slinky from Furry Friends first followed soon after by Munchkin because they were said to be friends. But the two kitties couldn’t be more different. It’s really comical.

“Slinky, sometimes known as ‘Sir Slinks A Lot’, didn’t miss a beat. He came into the house and made himself very comfortable from the start. He’s bold and daring, very high energy, plays with everything, and quickly became everyone’s favorite ninja. He doesn’t hesitate to try doing gymnastics up and down the stairs and thinks I put things on the kitchen counters for the sole purpose of his knocking them to the floor. I may have to swear off candles … LOL.

“He can also be a bit of a pain, often bopping our resident dog on the head, but the blending of canine and feline has gone better than I could have ever hoped. He likes my husband the best I think and tries nightly to sleep on his face. Maybe it’s the beard. But he’ll accept affection from everyone, and just like Munchkin, he’s quick to purr while nuzzling up close to any hand willing to scratch him.

“Munchkin, the Maine Coon, is a shy giant. For all of his big fluffiness, he seems to prefer spending his time perched at the top of the stairs watching over things or seeking out our 12-year-old daughter’s company in the ‘rebellious’ solitude of her bedroom, usually sleeping there with her too.

“He’s a real treat to snuggle, mostly because he’s so fluffy and smooshy, and his favorite game is hide and seek. He hides and we seek him! The dog respects him, and when Munchkin does venture out with the family – truly a special occasion — he walks past him fearlessly.
“As I said, the kitties couldn’t be more different, but they’re certainly loved equally!” 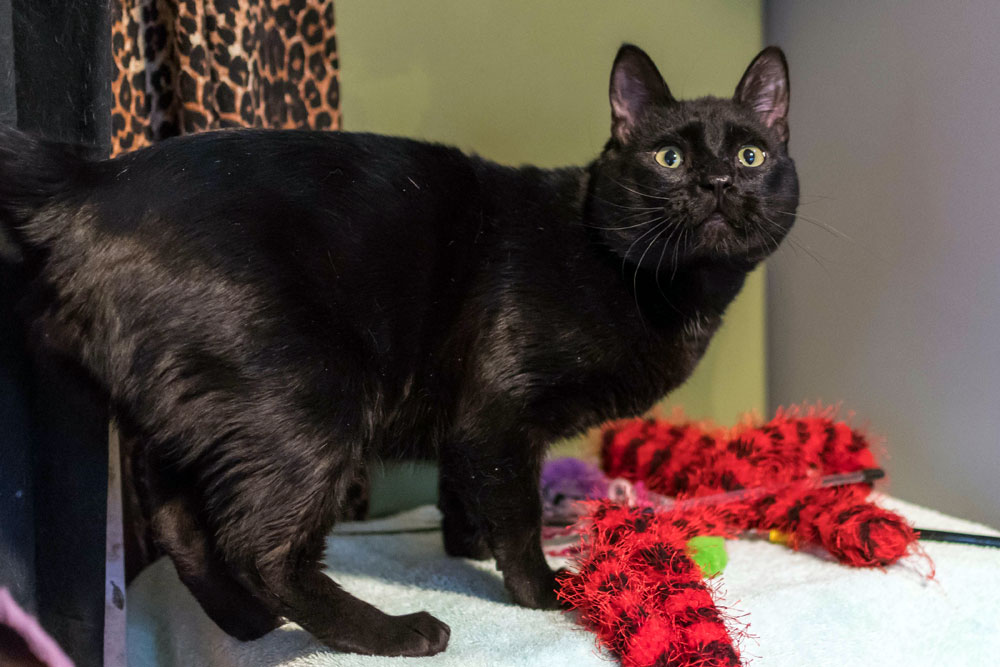