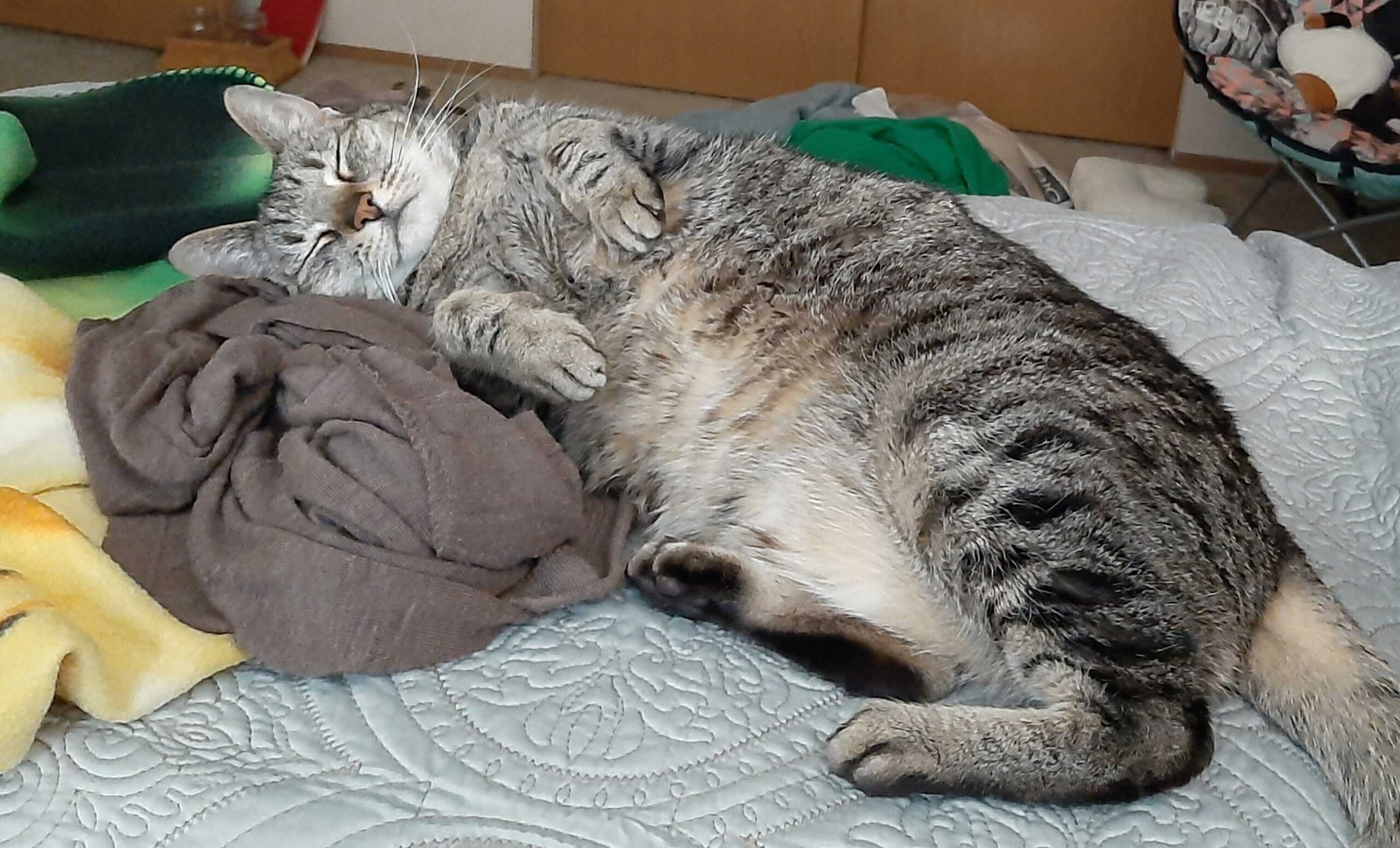 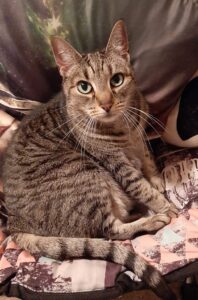 “My first cat, Rainbow, was really the family cat until she passed away,” says Jessica, “but everyone agreed that she was mine because we were so close. After she died, I thought seriously about adopting one of my very own, and decided to adopt Spriggan.

“Although she was called Spiget while she was with Furry Friends, I renamed her Spriggan, who’s a fantasy forest creature. I gave her that name because her eyes are green, which reminded me of nature, and because I enjoy fantasy. I also thought it was close enough to her original name that it wouldn’t confuse her.

“Being cautious by nature, I took my time getting to know her, something that was made easier by my being a Furry Friends volunteer. And the more time I spent with her, the more attached to her I became (she was extremely sweet and very calm), until I realized that, yes, she was the kitty for me.

“It took her about a week to feel comfortable enough to explore her new home and another few weeks to really begin trusting me. Now she’s pretty sure she owns the place. And quite honestly, I don’t know how I got along without her. I feel such joy and peace coming home to a fluffy, purring, warm bundle of love no matter how good or bad my day has been. Pets don’t judge. They just love you faithfully no matter the circumstance. Having her, I’m reminded of how meaningful having a pet can be, especially if you live on your own. 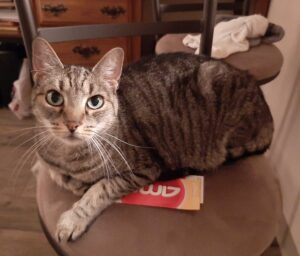 “She’s not very playful, but I’ve discovered she loves string. Although I’d bought her plenty of fancy toys, nothing beats plain old string. Other than that, she’ll occasionally bat around her toy balls. She does enjoy it, though, when I run my hand under a blanket or behind a curtain because she’ll pounce!

“While she loves pets, she’s ‘selectively’ cuddly. She’ll sit on my lap sometimes, but what she really lives for is being petted and brushed. Gifted with a cute and quirky side, one of her favorite activities is jumping up on my barstool to watch me cook. She’s barely tall enough to peer over the counter so all I can see are two large eyes and a tiny pink nose watching to make sure I get the meal just right. Also, she’s highly offended when I sneeze in her presence. She’ll run and stand just outside of the room glaring at me as if I intentionally tried to sneeze on her.

“At night, she sleeps curled up on the large lounge chair in my bedroom. And yet, I’ll usually wake to find her tightly squeezed into the back of my knees or at my hips.

“Last but certainly not least, I’ve listed some of my affectionate and admittedly silly nicknames for her:
Spiget-y or Spiget-io — like spaghetti or spaghetti-o (this started when I wasn’t sure if I was going to change her name), Buddy/ Bubbi/ Baby, Fluff nugget (don’t ask me why), Baby girl and Lovely.”