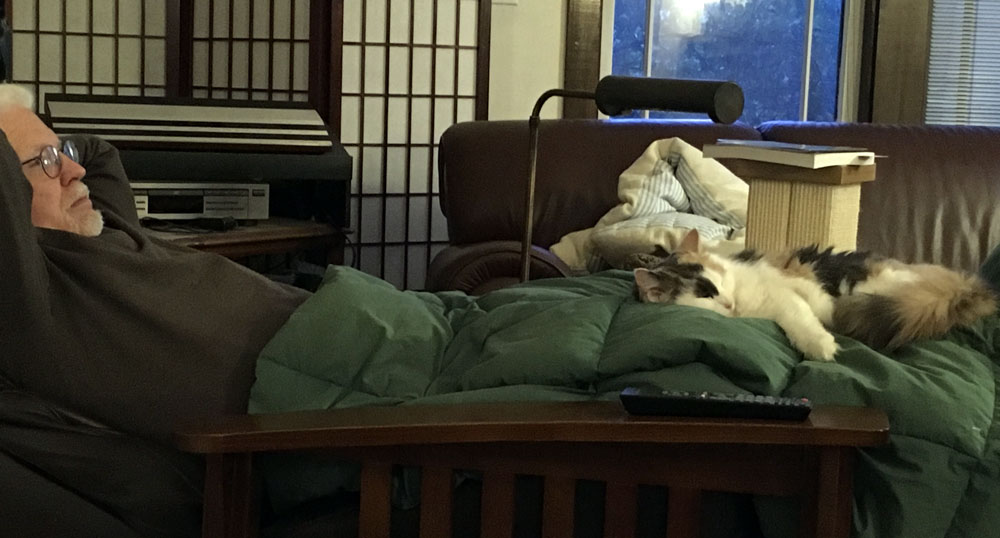 From Kahlulu to Tallulah may not seem so great a change, but for one fabulous feline, having waited oh-so-long for her Prince Charming, it changed her entire cat world.

From the shelter of Furry Friends to the sanctuary of a fur-ever home, this kiss-able kitty’s dream had finally come true.

“I saw her on Pet Finder in December 2016,” explains real life Prince Charming, David Hicks, “and when I revisited the site in April 2017, I was surprised to see that sweet face still there. Her face is what drew me in. I had a Calico cat (also a rescue) with similar markings more than 10 years ago, and she was an angel.

“I changed her name from Kahlulu to Tallulah because it sounded more glamorous to me. And she is glamorous. She’s also the queen of hearts and the sovereign of all she surveys because I accepted – without hesitation – Furry Friends’ stipulation that she remain an only pet. And I’m more than happy with that. Now, when people say, ‘David, she’s going to be lonely. You HAVE to get another cat!’, I can honestly say it was part of the agreement.

“Tallulah’s adjustment to her new home was immediate, and I feel very fortunate because I had a similar experience with the Calico. Her sweet presence makes everything feel better, and while she’s mostly a laid back lady, she does have her playful moments when she goes zipping round the house.

“I haven’t yet found a toy – either a feather wand, laser light, even a rolling ball – that excites her enough to interact with me. Not Tallulah! She gets more excited by a stray leaf that’s worked its way into the living room.

“She’s also a happy blend of affectionate and independent. A lap kitty for my housemate, she lets me pick her up and snuggle her while she purrs and purrs. She also enjoys padding over to me to get to my water glass or leading me from one room to another. To satisfy her independent side, there’s a glassed-in porch where she can watch the squirrels and the birds.

And when this kitty’s kingdom (or is that queen-dom?) settles down for the night?

“She has two humans to choose from, and as far as I can tell, she divides her time equally between us!”