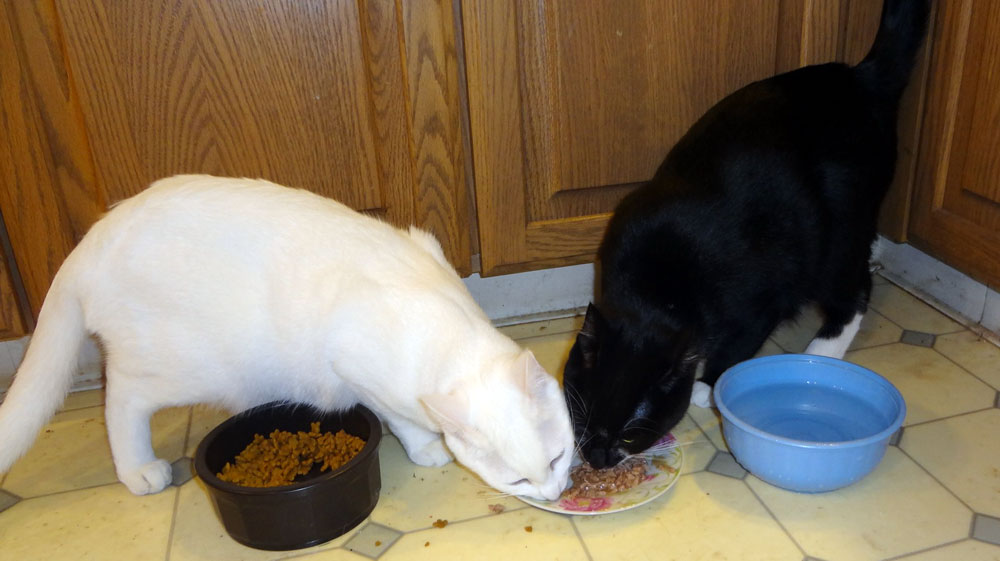 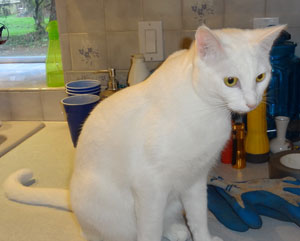 A self-confessed feline fancier, Steve had a hollow place in his heart when one of his cherished companions passed away. And so, what did this devoted feline fan do? He adopted a delightful DUO of kiss-able kitties originally named Whitney and Wisp.

“I think they’re the nicest cats I’ve ever had,” says Steve. “They’re so smart and so positive, so friendly and so much fun to be around. I wanted another Tuxedo (Whitney) since I’ve always liked their disposition, and Wisp ‘came as part of the package.’

“Originally found together as strays when they were kittens, they had bonded to one another in an effort to survive. And although they have very different personalities, they compliment each other, and I really like having them both.

“Their adjustment to living with me was gradual. Having been such young strays, they carried some emotional scars from that, and spent their first few days here hiding under the couch. They eventually spent more and more time away from the couch and are now fully out in the open. But whenever strangers come into the house, they still run and hide. 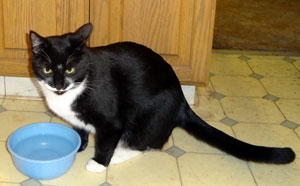 “I have another, older cat who enjoys having the new ones around. They, in turn, are quite intrigued with her and would like to play with her more, but she’s not as up for it as they are. All of that kitty energy! They both like rolling balls around and playing with toys, whether it’s as simple as a shoelace or elaborate toys from a pet store. They have a wind-up mouse that they like to chase, and they especially enjoy getting inside of brown paper bags.

But as active as they are, they also have their easygoing side, sleeping in the afternoons, and showing off their affectionate side by purring to be petted. While Tuxy is a true lap cat and loves to cuddle, Wisper is more independent and prefers not to cuddle too much.

“They like to get deli turkey meat,” Steve admits. “They know the word ‘turkey’ very well! If I say ‘turkey’, they come running and can’t wait to be fed.”

Not surprisingly then, one of their favorite times is meal times, followed by sitting on the couch and viewing TV with Steve, and watching his every move in utter fascination as he works on some special project around the house.

“I love the way Tuxy and Wisper are so inquisitive. They’re a joy to watch. I also get a kick out of watching them play together, even when they get rowdy, because I know it’s all in good fun. Then when it’s ‘lights out’, they settle down together to sleep in front of their favorite place — a heater.”

You can almost see Steve smile while Tuxy and Wisper snore softly, safely and soundly.