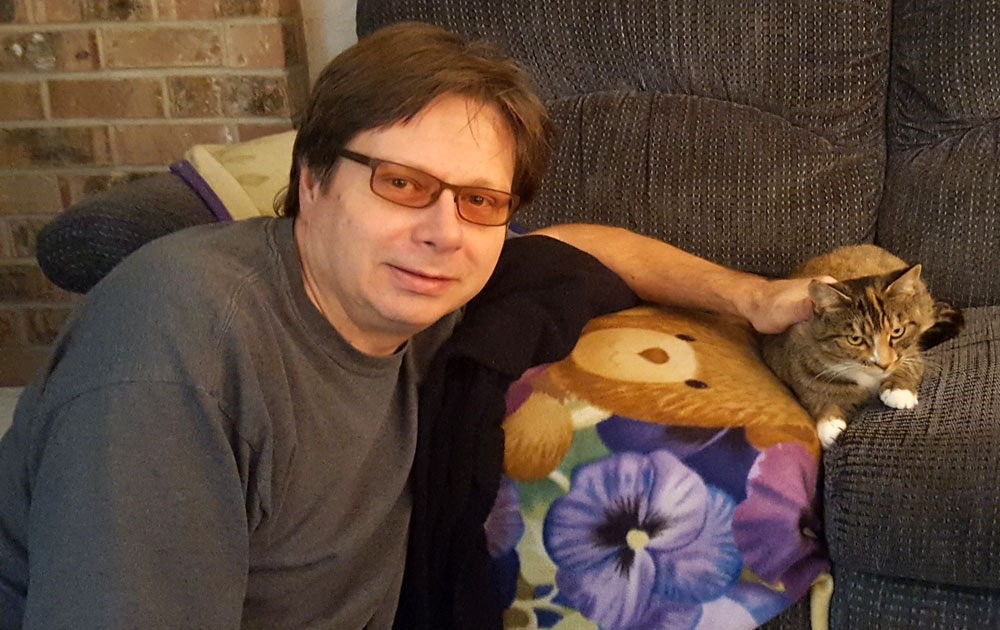 “My husband and I both grew up with cats, and we’ve had five since we’ve been married,” says Sally, “making Willow Delight our sixth.

“Willow’s name at Furry Friends was Delight. We decided to keep Delight as her middle name. We named her Willow because our other cat, Buffy, is named after Buffy the Vampire Slayer, and on the TV show, Willow is Buffy’s best friend. 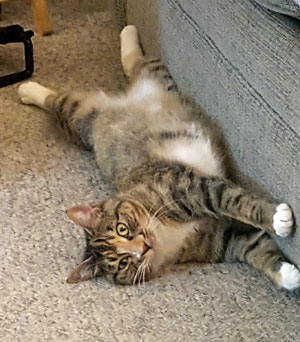 “When my daughter and I saw Willow at Petsmart at the end of December last year, her coloring was so similar to Buffy’s that we thought she would be a perfect addition to our family. We took some photos and showed them to my husband who then visited Willow at the store. We completed an adoption application and were able to take her home on January 15th.

“Being so very loving, she adjusted almost immediately to our home, and she’s such a joy that I’m just so happy we found her! She and Buffy, who’s 12 years old, were introduced very slowly, and now they’re good friends.

“She’s a combination of energetic and easygoing, with, like all cats, a slight independent streak, and she LOVES playing with toys. Her favorite toy is a small fuzzy ball that she chases down the hallway. One day she actually turned a somersault as she caught it. Funny!

“She loves to sit next to me, and is slowly working her way towards being a lap cat, I hope, but in the meantime she loves to be petted and she’ll purr like crazy!

“One of her quirks – adorable but a little dangerous — is flopping over onto the kitchen floor and stretching out while I’m making dinner. I definitely have to be careful about where I’m stepping.

“Our son is away at college, so Willow spends part of her time in his room on her own comfy cat bed while Buffy sleeps out in the main part of the house.”