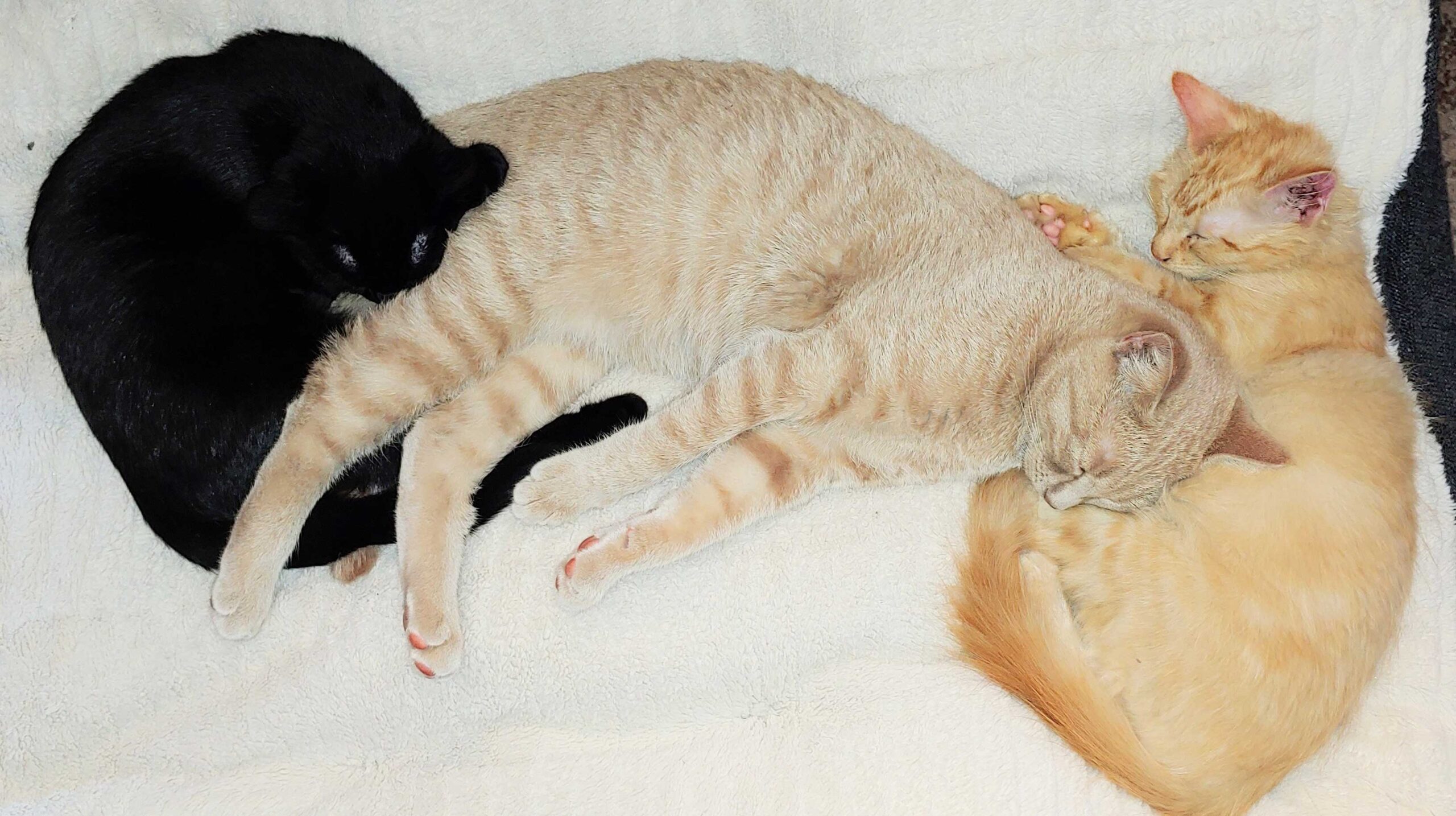 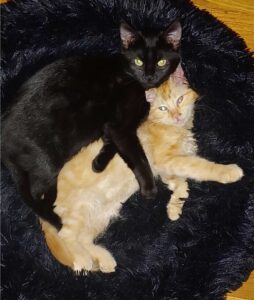 As volunteers for Furry Friends for seven years, Tanika and Mike have been fosters for three of them. And so, several months after their beloved Torti unexpectedly passed, they were ready to adopt not one kitty but siblings this time.

“Not long after bringing the pair home, we noticed that Zane’s pupils were almost always dilated. At first, he only wanted to sit on our shoulders, staying close to us and off the floor. We promptly removed every major obstacle from the living room, dining room and kitchen and started using a bell to help him navigate his way through the kitchen to his litter box and food bowl. Being as bright as he is, he learned the route within days. For his part, Zander, who uses an adorable, cooing meow to look for his brother, did a fantastic job of helping guide Zane through the house. 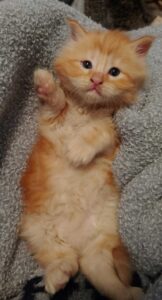 “Attracted to bright light, especially sunshine, Zane loves sitting in the window. Sometimes, though, he’ll run smack into things. Earlier on, there were two instances when his claw got stuck and he started to panic when he couldn’t get free. As we tried to help him, he began biting until he realized it was us.

“Now, nothing slows him down. He shakes it off and goes back to playing – often running through the open areas and out into the catio. He even climbs to the top of cat trees on his own and launches into a ‘Superman’ pose when he jumps off. The vet said that he might gain more of his sight as he grows. And sure enough, his eyes do dilate more normally now that he’s older. 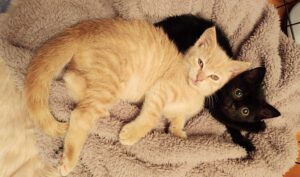 “One month after adopting Zander and Zane, we were asked to foster a stray kitten a co-worker had found on his property. Given the name Ruby, she was shy and reserved at first, but all of the other kitties – especially Zane — absolutely loved her and cuddled her. We hadn’t planned on adopting her given that we had just adopted Zander and Zane, already had five other pets and numerous fosters, but after watching Zane and Zander bond with her I knew we couldn’t let her go. Much to our delight, she’s grown into an outgoing and playful little lady.

“Having only adopted single kittens in the past, I now see the importance of adopting multiple kittens at the same time. They bond instantly and are much more social and playful.”