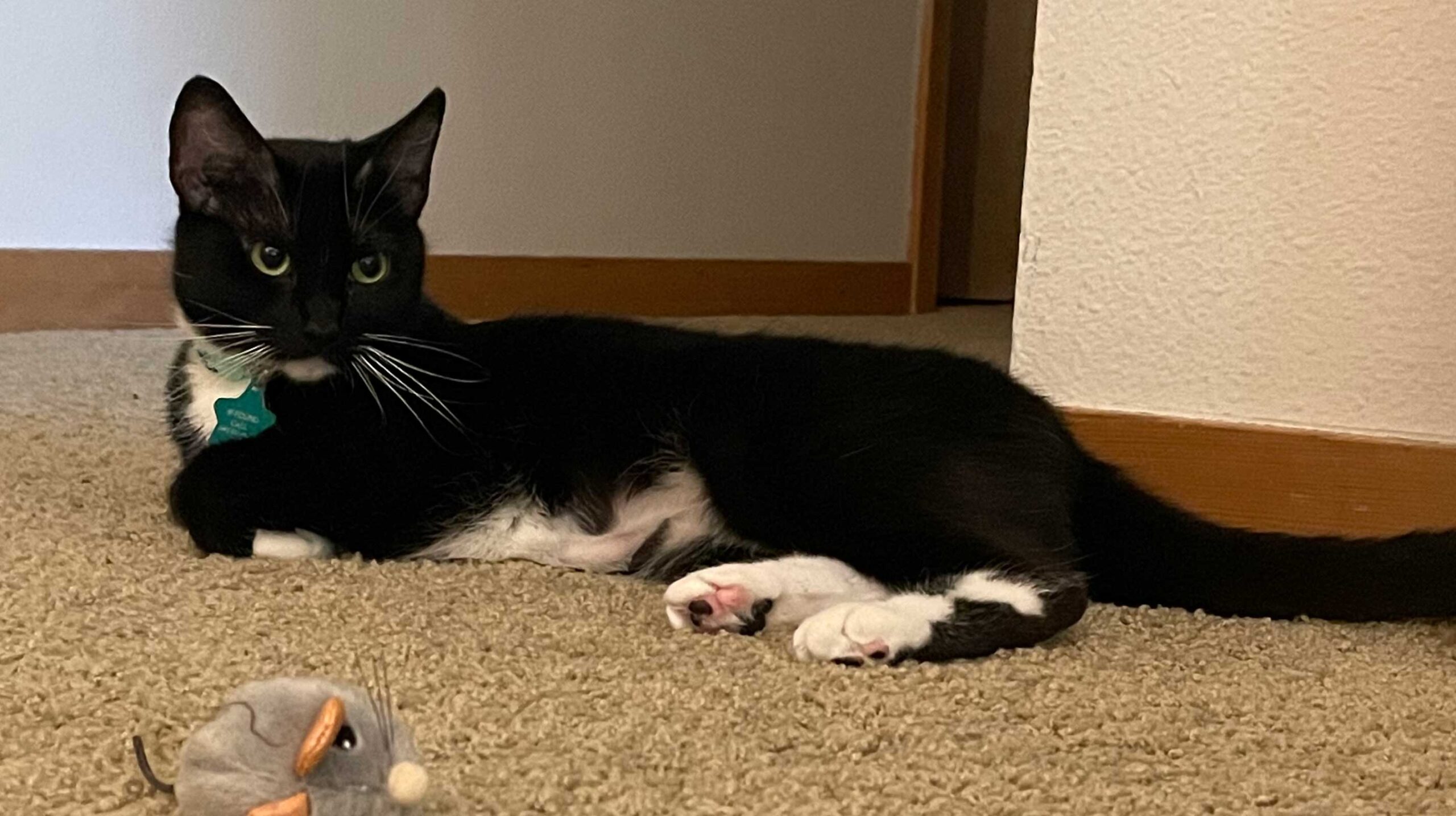 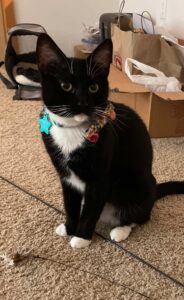 “I grew up around cats, but Zelda is the first one I adopted on my own,” Jessica says. “I kept her original name because it’s so unique. When people ask if she was named after the character in the Legend of Zelda video games, I say ‘yes’ but that I don’t play the games. I was won over by her beautiful eyes!

“She adjusted gradually to living with me and although she didn’t like my roommate’s cat at first, they tolerate each other now. She’s definitely made me feel less lonely since my move to Portland, and while I’ve been trying to harness train her, it’s not going well.

“More of an independent kitty, she prefers to be cuddled and petted on her own terms, yet she wants all of my attention all of the time. She loves playing, especially with toys that have feathers, and she’ll even cry when she wants to play. She also loves sleeping on her cat tree by the window while I work and often ‘introduces’ herself to everyone during my online meetings by jumping into my lap. 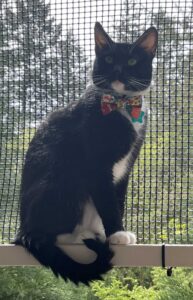 “She likes to put bugs in her mouth, spit them out, watch them wiggle, repeat the process until they stop moving and eat them! At night, she’ll go out on the patio (I’ve set up nets to prevent her from jumping off) and chirp at the bugs. Then, she’ll curl up and go to sleep at the foot of my bed.”