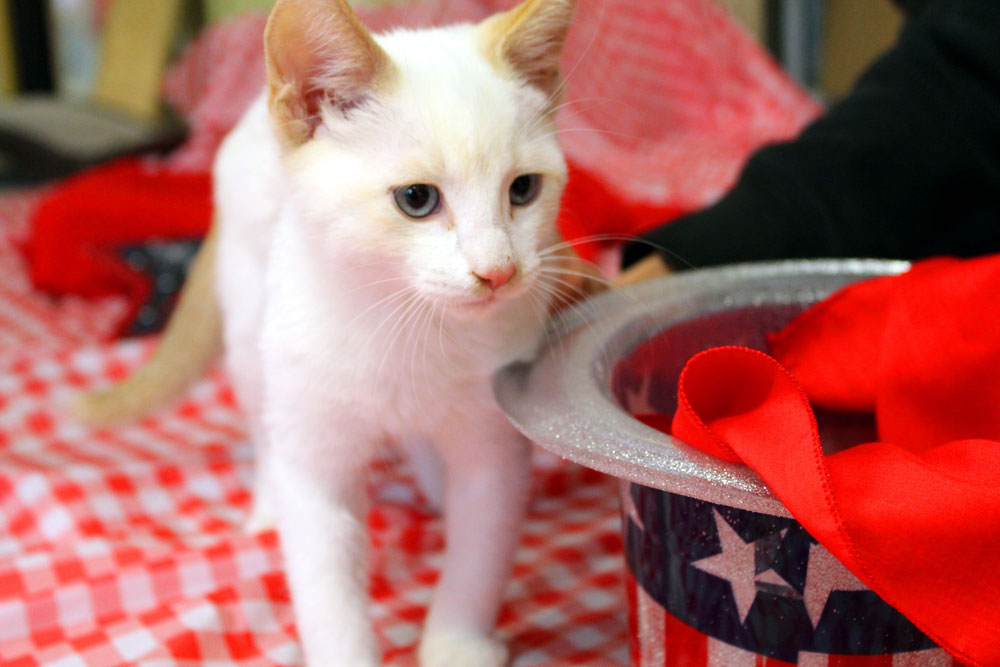 To call Gretchen a cat lover would be an understatement. For a woman who has owned in excess of fifty cats throughout her life, she’s most finely and fabulously “fixated on felines.”

And Henry (originally named Pandu) is the most recent of her furry, four-legged loves. What’s particularly unique about this pussycat happily-ever-after tale is that Gretchen adopted him without ever having met him.

“I based my decision on what the Furry Friends volunteers told me about his looks and his lovability,” admits Gretchen. “And because of his Siamese markings. I’ve had numerous part-Siamese kitties, and I adore their appearance as much as their personality.”

To her delight, Henry slid into the groove fairly quickly with her Tonk and her Bengal, staunchly refusing to be dissuaded or discouraged by their indignant growls. 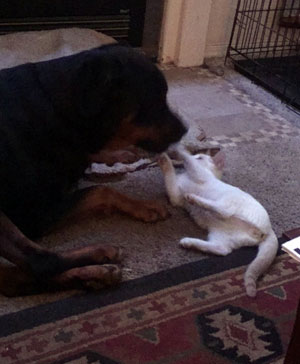 “He follows me everywhere,” Gretchen says, “and sleeps on the pillow beside me. He gets along wonderfully with my Rottie who readily accepted him while the cats were still growling at him.

“He plays with everything, and I do mean everything. He’s even dragged out toys that have been ignored for years by my other cats.”

His special favorite, however, is a toy with an elastic cord that hangs in the doorframe. The better to bat at it, no doubt.

“Henry is one heck of a good eater,” laughs Gretchen. “Truth be told, he’s a bit of a piggy. And although he cuddles with me sometimes, he’s fonder of climbing the cat tree and watching the world from on high.”