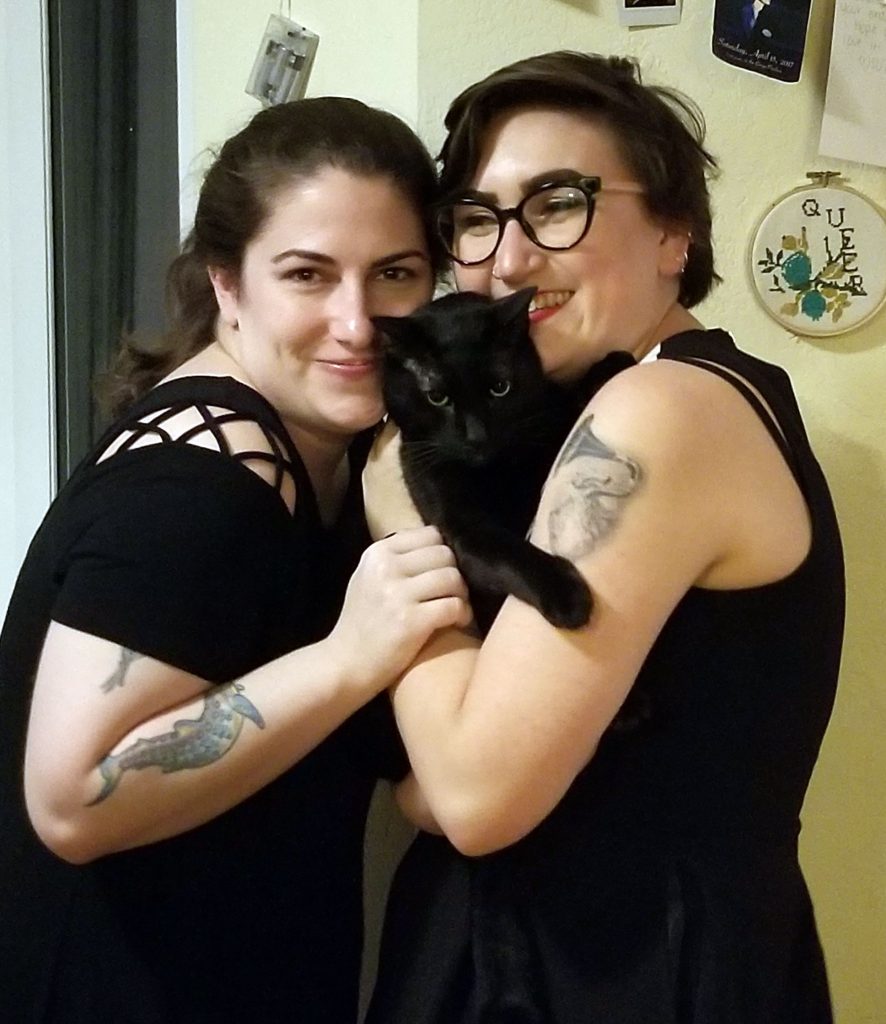 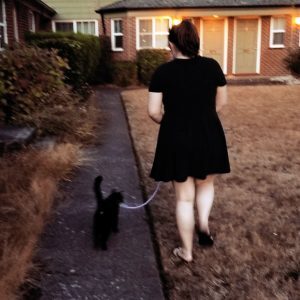 “My partner Chloe and I recently moved in together,” explains Zoey, “and although I’ve had cats before, she had only met one — my previous roommate’s wonderful cat who was more human than cat. She decided, then and there, that we too should have a cat. Enter Franklin who was just as wonderful and so much more.

“When we adopted him, his name was Charles. Studying his handsome face, we knew he needed just the right name, and while Charles was a good name, I thought of Franklin when the great Aretha Franklin died, and it suited both his personality and regal bearing. His full name turned out to be Aretha Franklin Delano Roosevelt (we only call him that if he’s naughty).

“Our criteria for adopting a cat were: male, black and super snuggly. We thought we might get one of the three, maybe two if we were lucky. But when we saw Franklin online, he fit all of our criteria and then some. When we met him and he immediately crawled into our laps, we knew he was – and is — the cat of our dreams! That everyone at Furry Friends adored him so much made us want to adopt him even more. It was love at first sight. 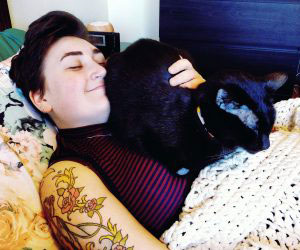 “What was really miraculous was how quickly he adjusted to our apartment. We were still in the chaos of moving, and while many things were in place, lots of boxes were lying around and we needed more pieces of furniture. But none of this phased him. Once he had sniffed every crevice, he immediately jumped into our bed and snuggled in between us, purring up a storm. Within 24 hours, he was eating and using the litter box as if he had lived with us his whole life.

“He soon made my partner his favorite ‘chair’, no matter how she was sitting. If one of our laps is vacant, he’ll make sure to fill that vacancy. He’s certainly filled the vacancy in our hearts. When he’s not snoozing in one of our laps, he’s perched either on his cat tree or on his sill seat by one of the windows, keeping watch over the neighborhood. When the weather is nice, we take him on walks with a harness and leash, and he absolutely loves it. He’s a lazy player when it comes to toys: he’ll often lie down and try to swat at the toys we bounce in front of him instead of chasing after them. 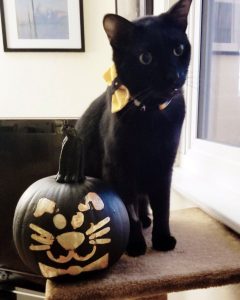 “What makes him especially unique is the ‘hook’ in his tail. Although we have to be careful about the things that could get caught on it, his hook doesn’t stop him from doing whatever he wants. Quite the talker, never hesitating to loudly let us know when he wants attention or food, he also loves kneading every squishy surface he touches.

“At night, despite all of his many beds, Franklin always chooses his favorite blue armchair to sleep. And if someone happens to be occupying it, he’ll promptly sit on them to let them know they’re sitting in ‘his’ chair.

“We love Franklin like a son. He’s brought joy and love into our lives and we’re constantly thankful that we found him through a great place like Furry Friends.” 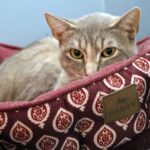