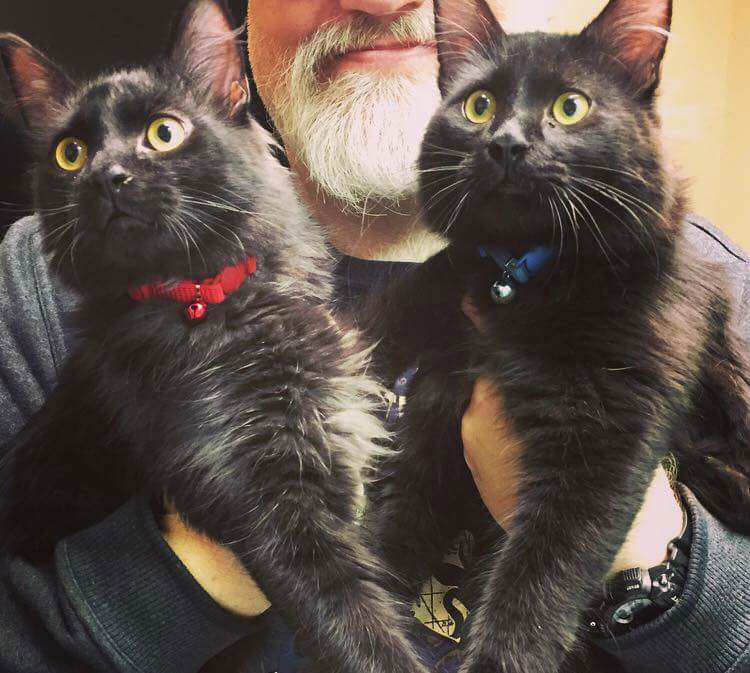 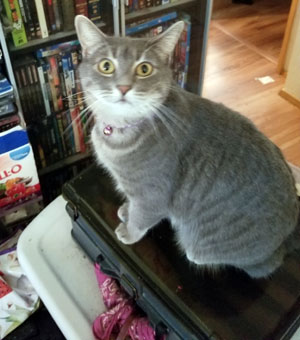 “My wife and I first heard of Furry Friends after we lost our Dante to complications from urinary surgery,” explains James, “leaving then 19-year-old Tenchi without a companion.

“After seeing a photo of Truffles on their web site, we decided she was the one we wanted. It seems we’re lucky in that we always choose truly adorable, awesome cats. Not only was she perfect for Tenchi, but she also made our lives richer. She’s always quick with a cuddle or a trill, and is ALWAYS ready to play.

“Truffles has several toys, but really loves her rainbow caterpillar and, of course, any laser pointer. She plays the “look at me, I’m cute!” game a lot, running around and getting up on kitchen counters and bookshelves, the table and cat tree, the refrigerator, washer and dryer, to make sure she’s seen and gets a cuddle. She also enjoys teasing you by lying just out of reach especially if you’re trying to coax her closer.

“When she takes over your lap, she dictates just how much scratching or petting she wants, and does silly things like folding her ears over and ‘insisting’ that my wife carry her around over her shoulder!

“I know she’d love to sleep in bed with us (her snores are just adorable), but now that we’ve adopted two new kitties, she prefers sleeping on the top most perch of the cat tree or inside the laundry basket.” 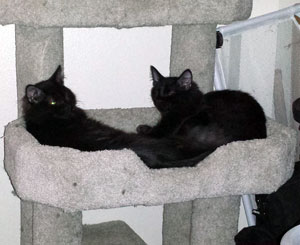 What’s this about two new kitties?

“Oh, yes,” says James. “We recently welcomed Jonah and Jackson into the family, giving Truffles two brothers to play with while keeping us entertained. They’re amazing guys and are loved by everyone who meets them. It was a challenging integration, though, requiring some calming pheromones all around, but now all of the kitties are fast friends and get along famously.

“To call the two J’s active is an understatement, and while they can both be laid back, they’re quick to jump into action at a moment’s notice. Their toys are everywhere, and not only do they love wrestling, they also love racing all over the house. Jonah’s something of an escape artist and has slipped out the door several time before being caught and brought safely back indoors. Jackson actually joined him in sneaking outside to sample their first snowstorm, but, needless to say, they were terrified of the cold white stuff and quickly retreated! 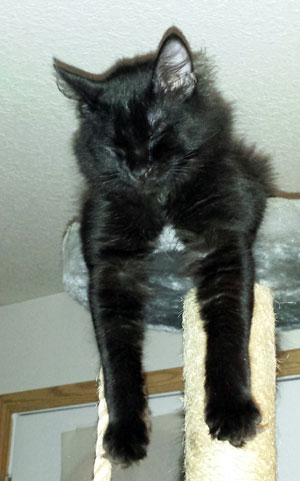 “They’re both extremely affectionate, and although they’re quite large, they love being lap cats and snuggling, while their slight separation anxiety causes them to knead and suckle on blankets. Jackson loves being held on his back like a baby, and he has this cute habit of dipping his paw into the water, then licking the water off. Jonah likes to sleep with his arms dangling freely from various objects, and if you wake him up while he’s on top of his perch, he’ll either step down to where he can climb onto your lap or sit closer to you for some petting.

“Having bulldozed their sister, Truffles, out of our bed, it’s a nightly challenge to see which of the brothers sleeps where and with whom. They have a tendency to bounce between my wife and myself, but when everything settles down, Jackson usually curls up on my right side with his head on my stomach while Jonah either sleeps near my right arm or high above my wife.”

Whoever said “two’s company and three’s a crowd” has clearly never met the Roses! 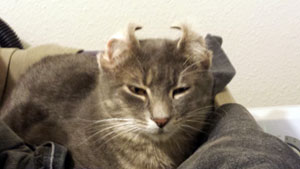 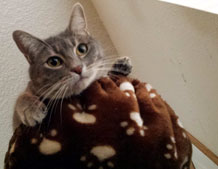 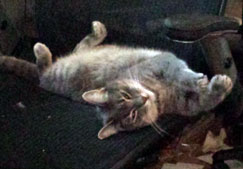