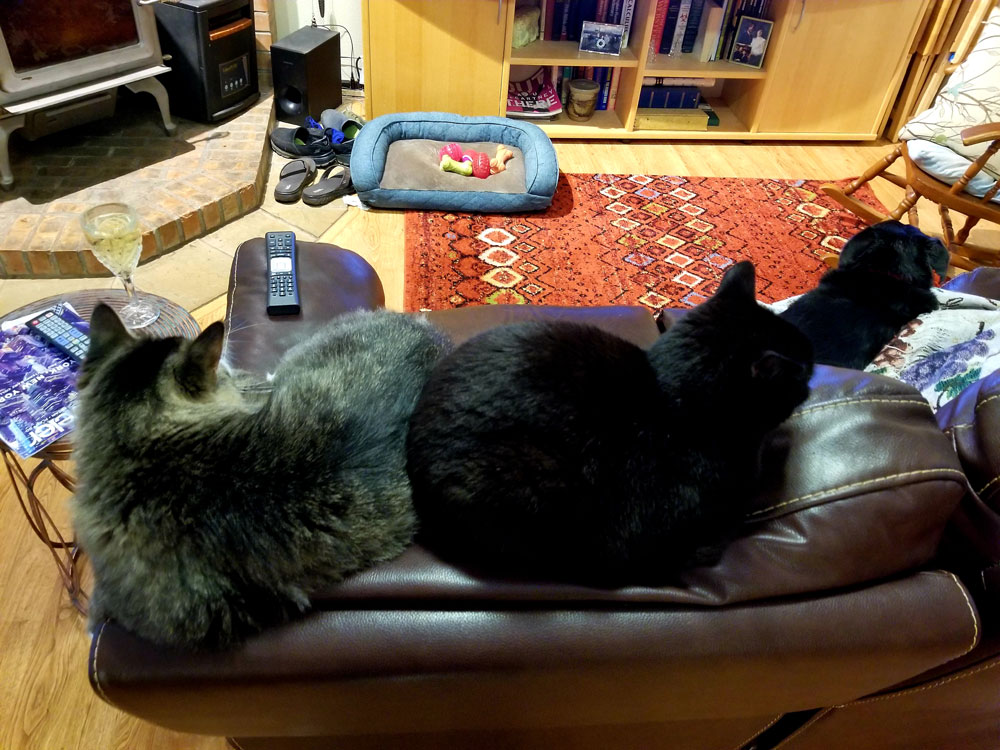 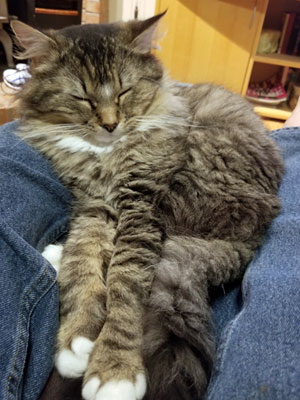 “When we adopted Willy,” explains Rick, “he fit right into our house from the time his toes first touched the floor. 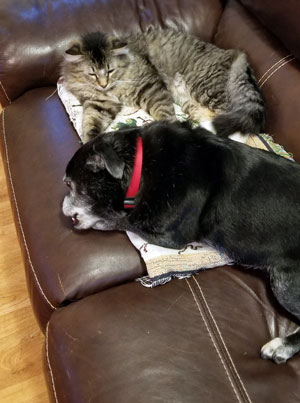 “We have a dog named Max and a 9-year-old cat named Cj who was still missing his best buddy, Riley, who had passed away the previous year. Luckily for Cj, he and Willy became friends that first day and now they romp around the house day and night playing chase. Cj is acting like a kitty again!

“It took Willy about a week to get Max to accept him, and we’re now one very happy family. Willy loves playing with toys. He even carries a toy mouse in his mouth, then tosses it around for him to chase.

“Willy’s perky presence here has really restored the balance in our household.”