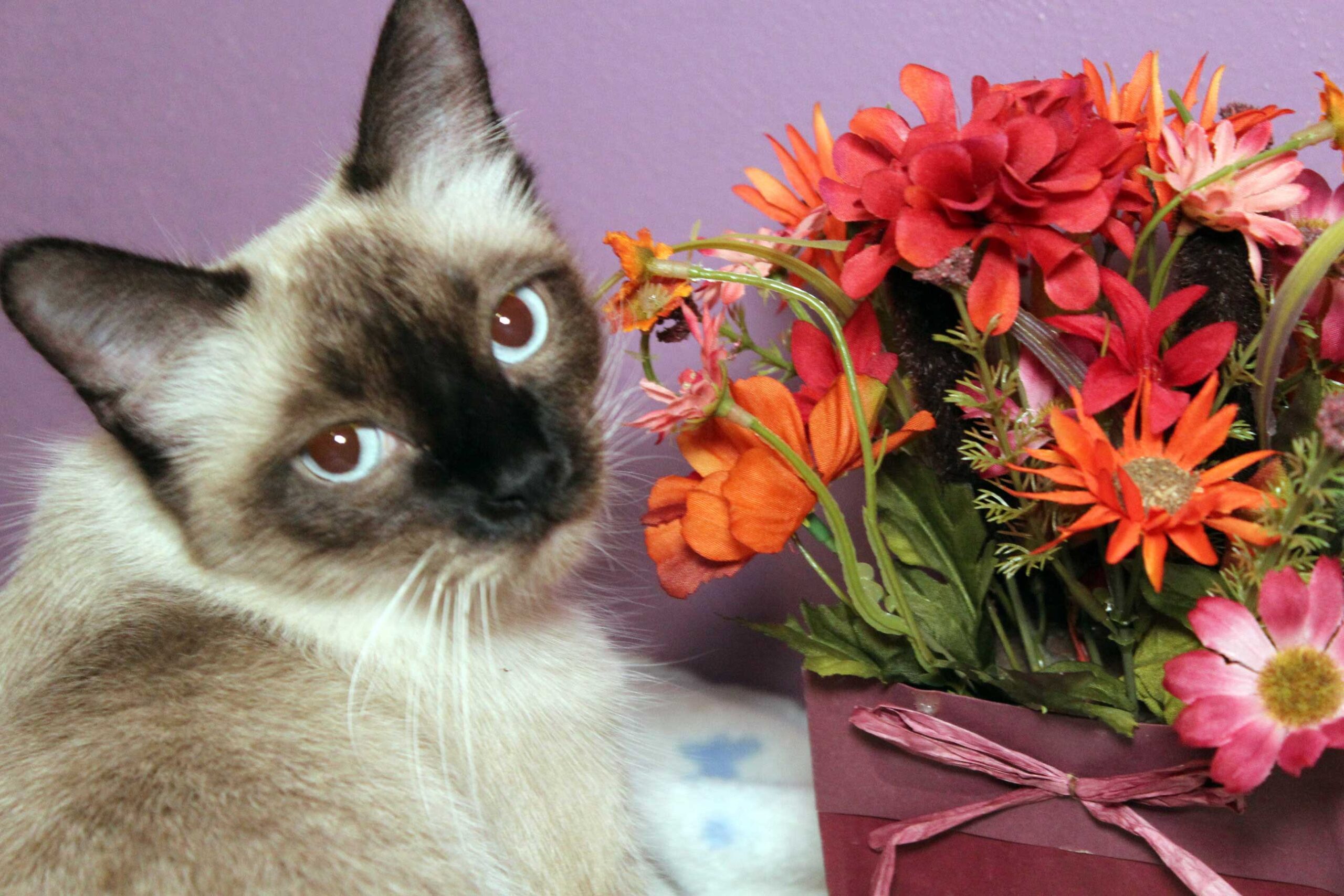 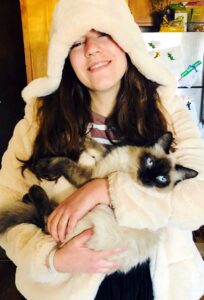 “I had many cats growing up,” Sarah says, “but Indigo is the first kitty of my own. When I adopted her, her name was India, but being a graphic designer who loves color, I changed it!

“In my search for a low-shedding cat, I learned that not only are Siamese low shedders but they’re also very smart and social, and so I inquired about India. A Furry Friends volunteer told me that she had been returned more than once for being too chatty and for sometimes biting. ‘She just needs to find someone who wants to talk to her all day,’ the volunteer said.

“Since I’m a chatty person, I thought we’d be a perfect match. When I got to the shelter, she was shy at first, but then she came up to me and rolled around, which was her way of saying hello. All reservations I might have had faded away and I brought her home. Now I know we were meant to be together.

“Indigo has completely changed my life and my mental health. I wouldn’t have survived living alone during the pandemic. She gives me something to focus on when I’m feeling anxious, lonely or bored. Although she’s not yet comfortable being held, she likes sitting on me, rubbing her face on me and having her lower back scratched. 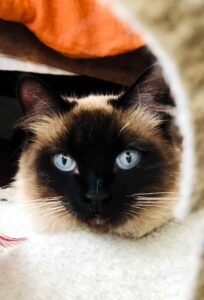 “She also likes toys. Her two favorites are ‘Da Bird’ feather chaser (she’ll jump almost 5 feet in the air to try and catch it, literally doing back flips). For relaxing, she likes lying on her ‘Ripple Rug’. And she enjoys fetching. When I wake up in the morning, there’s usually a collection of items near my bed, which could include anything from her Floppy Fish to a bag of chips which she thinks are cat treats!

“To say she keeps me laughing constantly with her antics isn’t an exaggeration. Sometimes when we play too hard, Indigo will stick her little tongue out and pant like a dog! It is SO funny. She also spends a lot of time pawing at the open toilet seat lid – I’m convinced that she thinks it’s a window or a portal to another world. When I unload the dishwasher, she has a special meow she uses only for this activity. She marches up to me and ‘croaks’. I think it means, ‘please, use caution, my ears are abnormally large and you are making a lot of noise.’ Then, at night, she’ll often ‘hunt’ my towels, pulling them off the rack and bringing them to me in bed, where, of course, she sleeps.” 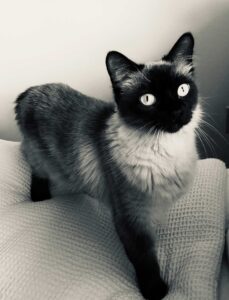