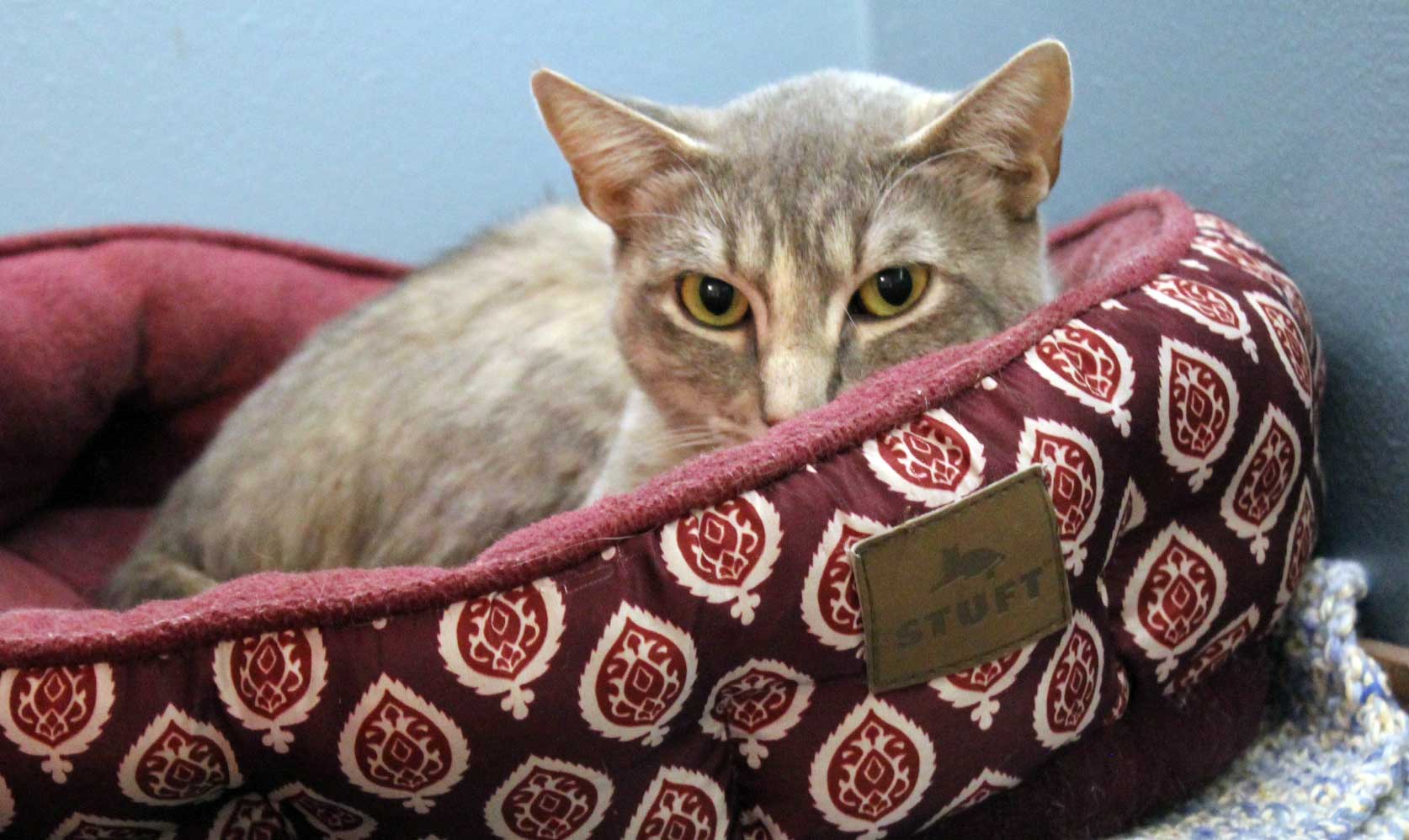 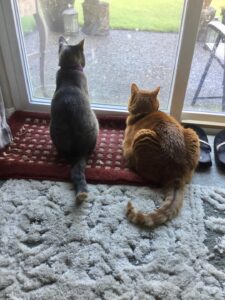 Beautiful Tiger Lily came to Furry Friends as an extremely introverted kitty.  This beautiful gray kitty with the marmalade dipped tail had a hard time adjusting to her new routine at the house.  So, we put her in her own cage and made her off limits to everyone except the feeding/cleaning crew and a couple of socializers.  Restricting her care to just a few people seemed to be what she needed.

It was slow at first, but she started to warm up with little meet and greets with potential adopters.  Being a young cat, it was then easy for her to start playtime.  Play became her very favorite thing and the craziness started to come out in her big time

About this time, one of the Furry Friends volunteers heard about Tiger Lily and when she went to look at her, Tiger Lily immediately went up to her and “chose” her.  How could she resist this beautiful little kitty?  The main concern about adopting Tiger Lily was there was another cat at home.  Her other cat, Toulouse, is her orange “junkyard” cat. He was just a few months old when found almost lifeless in a hemi truck in a junkyard. 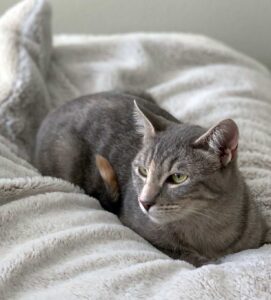 The person that found him thought he was near death and couldn’t stand the thought of the cat dying like that so he took him home to at least let him have his last hours in comfort. To his surprise “Hemi”, as he called him, was still alive in the morning and Hemi was able to get the attention he needed.

Hemi now called Toulouse is a much-loved kitty that has been in our volunteer’s home for a couple of years.  It was understandable that at first Toulouse made it very clear he did not want to share his home with another cat, no matter how beautiful, in HIS house. Poor Tiger Lily became very skittish and jumpy.  But persistence by Tiger Lily’s new mom paid off and a couple of months. The use of a Pheromone diffuser helped greatly.  This devise helps calm cats. 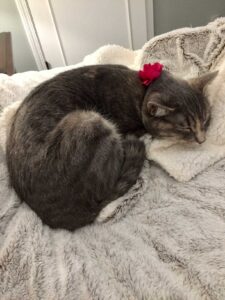 Even though it has only been about Five months, Toulouse and Tiger Lily are now doing little nose meet and greets and playing together.  Tiger Lily is definitely the instigator and the wild crazy one but Toulouse is finally willing join in the fun.  On her own Tiger Lily has become quite the little acrobatic entertainer tearing through the house, jumping, flipping and wrestling with her favorite sock. She is quite the goof ball.  But the biggest surprise of all is that “shy” Tiger Lily has become the official greeter when company comes.  Good for you Tiger Lily – you found your purrrrfect home!!

This story was written by Marion Edwards who has been a volunteer with Furry Friends since 2014. Marion has several leadership roles with the organization including: Lead socializer, adoption events and overseer of the yard at the Furry Friends shelter. She is now writing some cat adoption stories and volunteer interviews for us. We are greatly appreciative of Marion and all that she does for the kitties and volunteers.