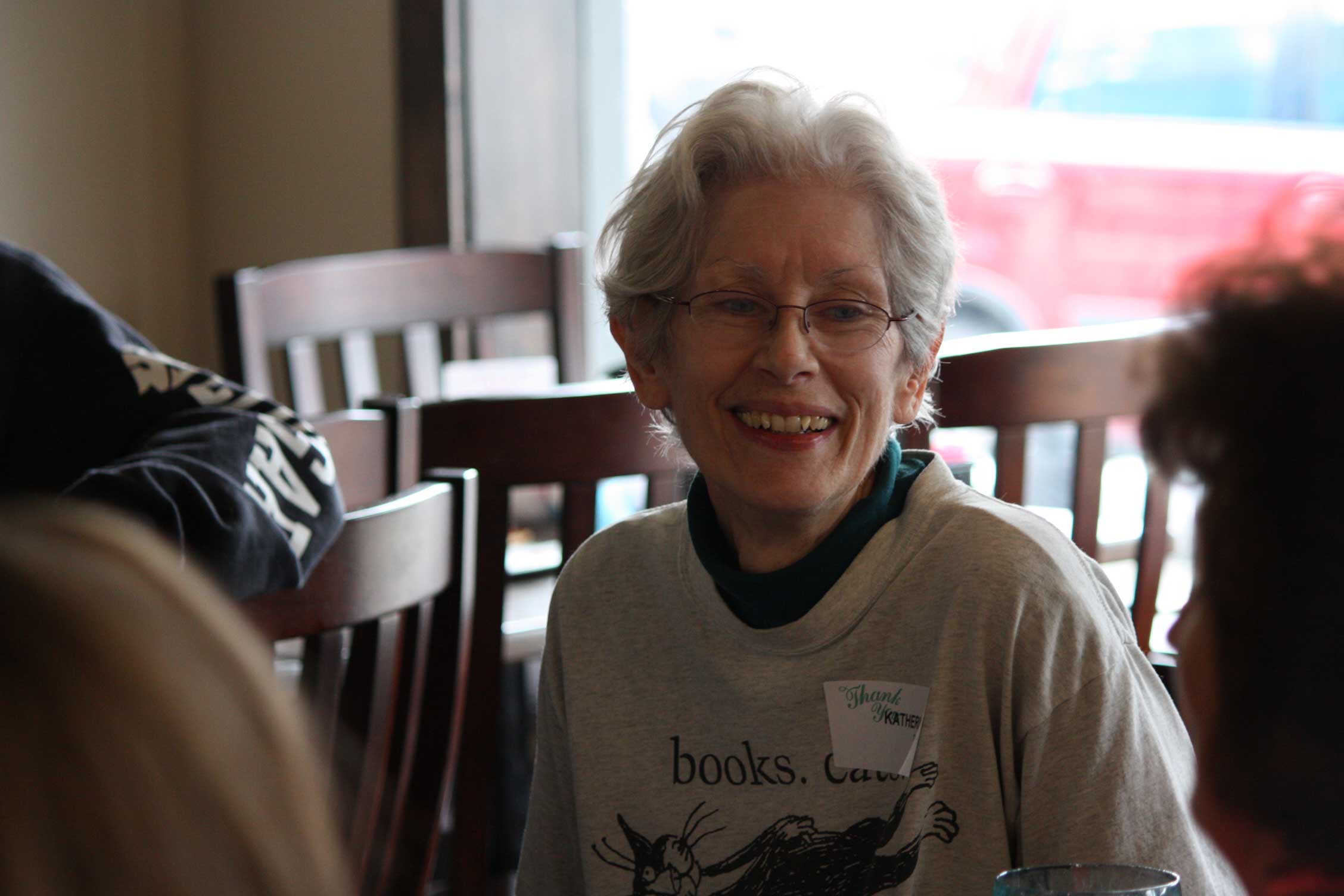 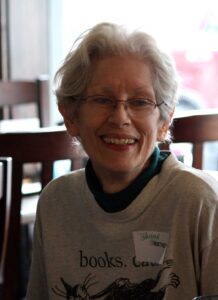 “Growing up, our family had dogs while most of our cousins had cats, and as a result, my sister and I loved ALL animals,” Katherine says. “When we moved to Texas, not only did my sister and I have horses, but so did both of my nieces. My youngest niece did dressage and boarded her horse at the stable that trained the two of them.

“By then, I’d been a flight attendant – with no pets – for about 15 years, but being based in Dallas/Fort Worth allowed me to visit my sister’s family in Austin quite often. On one visit, I found their house filled with kittens! My niece had brought them home because she was afraid they would be stepped on by the horses and killed.

“After that, whenever I visited, a cat slept in my bed at night. Five years later, my sister asked if I’d take PJ, a pretty calico. Apparently the rest of the litter picked on her, making her hide all the time, except for when I was there. I finally broke down and took her just before moving up to Vancouver, WA, where I flew out of Portland to Japan. PJ would greet me when I got home early in the morning after flying all night, and she would lie down on my chest and purr to keep me company while I napped. 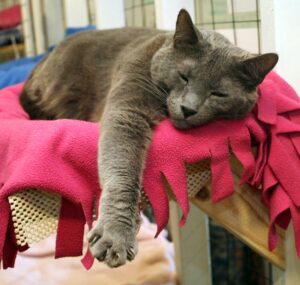 “After she died, I flew to Atlanta to visit some relatives, and one of my cousins asked if I’d take his cat, Galileo. So I said ‘yes’. When I returned from a trip, he would come up to me, turn around and sit down with his back to me. My last two cats died in the fall of 2017, and I thought ‘no more cats’.

“I’d been volunteering with Furry Friends for some time when a cat named Dash entered our care. He was quite young, and although he was adopted fairly quickly, he was just as quickly returned with the name Yoda. During his stay with us, I’d visit with him as I did my shift, and he won me over. I knew he had to be MY kitty.

“Dash is a much better name than Yoda because he runs everywhere! I put his litter box in my bathroom tub — which I don’t use – and he loves to play and go out onto my enclosed deck provided it’s not too hot or too cold. 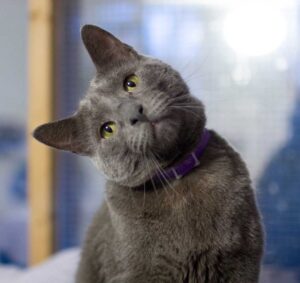 Katherine Tucker (age 80) died March 19, 2021 after she sustained a fall in her home. Her body was donated to science for research per her request.  Her family said donations can be made in her memory to Furry Friends.  Her kitty, Dash went to live with her family in Texas. Katherine was a beloved volunteer with Furry Friends since the organization began in 1999. She was loved by all of her fellow volunteers. She lived a life sharing her love taking care of the kitties at Furry Friends and has been a good friend to many. She will be greatly missed at Furry Friends.