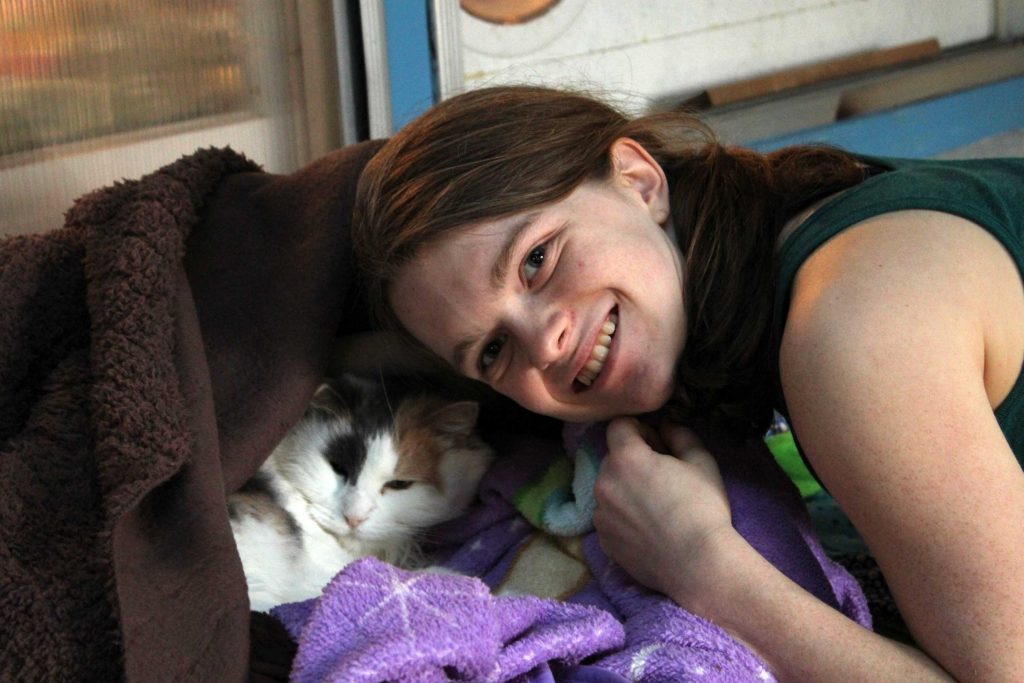 Like almost every kid at the Recycled Arts Festival, Tina Starks saw the booth with cats and immediately dragged my parents over so I could see. When her father made it clear that none of those cats were going to come home with Tina’s family, she did the next best thing: sign up to be a volunteer. So, at the age of thirteen, Tina began her journey with Furry Friends. She started because it meant being with cats, but the seven years of volunteering have, as Tina puts it, “helped me realize the importance of volunteering and how much I love it. It has inspired me to volunteer more, which has opened my eyes to more of my community and world, gotten me valuable experiences, and helped me give back to others. All because I decided that I would scoop litter boxes every Sunday.”

Tina has indeed scooped litter boxes every Sunday morning shift from when she began at the old house to the new one we all know and love now. She also gives medicine, much to many of the cat’s chagrin. When Tina recently took on a Wednesday morning shift in addition to her Sunday one, her main task is to do the living room deep clean. Her mother, Sandy, started with her at thirteen and has accompanied her ever since on Sundays, having caught the kitty-cleaning fever. According to Tina, her favorite part about volunteering, besides the experience, has been watching the cats get adopted 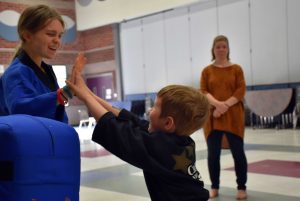 over the years. She recalled Willa Mae, who had such bad mucus issues that Pet Smart asked she not showed for their window’s sake, and Callie the original kitchen cat along with Sheena. “I especially am happy to see the hard-to-adopt cats find their home, like Kalua. He was in the old house and started off as one of those cats you had to worry about getting bloodied up from. However, after the socializer’s hard work, it really wasn’t that long before he revealed his inner sweetness. I was also so happy to see Sheena adopted!”

Besides her halfway house-work, Tina volunteers each year at the Recycled Arts Festival and Peace and Justice Fair (Look for the beat up bike leaning against a tree in the morning: that’s hers!). She also does Senior Pet Therapy through Furry Friends at Highgate Senior Living with her dog Trigger. Outside of Furry Friends, she volunteers with Westvan for Youth, Clark College’s MESA science outreach program, and recently began helping out at Meals on Wheels. She just graduated from Clark College and is planning on getting her Master’s of Teaching at Washington State University, Vancouver campus. She works as an Office Aide at Clark College’s Tutoring Center as well as a karate sensei for ActivStars. Her passions include