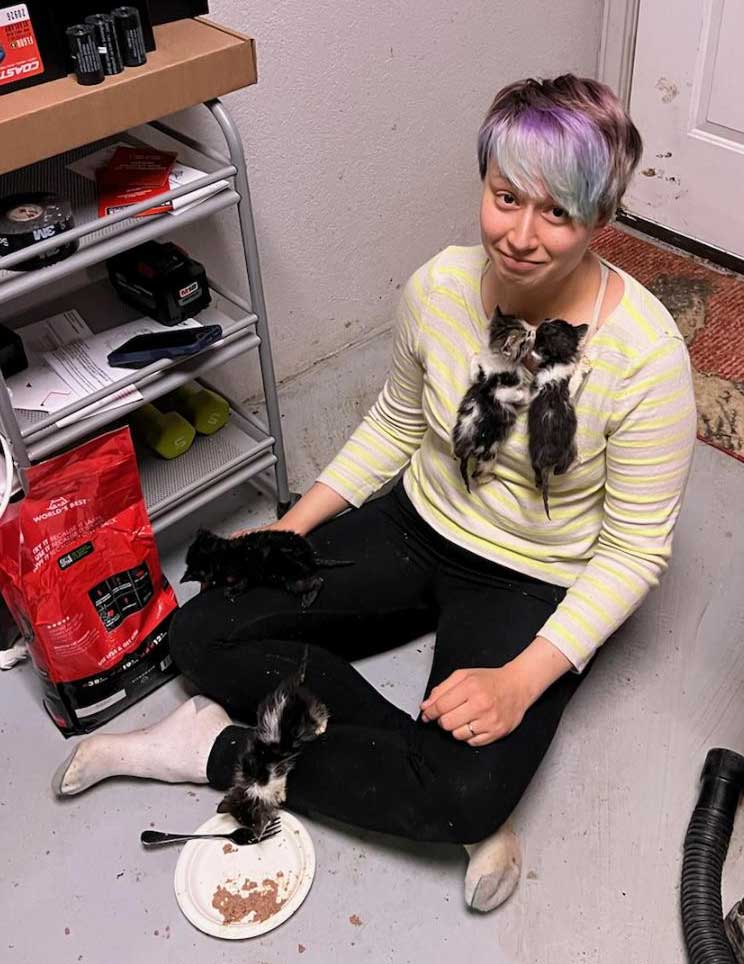 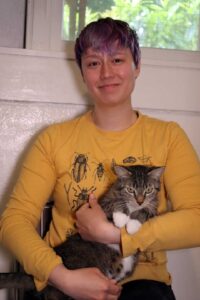 Jay has been a volunteer for Furry Friends for the past year. Starting out as a socializer she quickly took on other roles such as: transporting, fostering, and is our new Friday pm Halfway House shift leader.

She volunteered at a cat rescue in California and after moving to Vancouver she wanted to find another cat rescue to help, which is how she found Furry Friends.

Currently she has not adopted any cats from Furry Friends, yet, but she does have two foster fail cats from the last rescue she volunteered for plus two dogs, two guinea pigs, and a crested gecko. One of her proudest moments as a volunteer was when she was successful getting her bottle baby kittens to eat solid food and knew they would survive just fine! She raised them to be big and confident kittens.

Not only does she volunteer with cats but she also works at a chicken sanctuary and does transport for a few dog rescues.  When she is not saving animals Jay likes to play the role playing game, Dungeons and Dragons.

When asked if there was one thing you could say to the community about cat rescue work, what would it be? She had this to say:

“So many cats and their humans are underserved and that most people would get their cats neutered and seen by a vet if they had better access. People living in poverty, with disabilities, and especially people with poor English skills often have no way to get to or research low cost clinics or pet food banks. We can keep more pets in homes by working together as a community to solve these issues.”

Thank you Jay for jumping in with both feet for us!

We would like to thank Jenn Hutchman for writing this spotlight. She has been volunteering with Furry Friends for a couple years and has been an amazing contribution to our team. She has fostered over 250 cats and kittens so far for Furry Friends, and not just the easy ones. She has fostered several bottle baby kittens that require feeding every two hours and has taken on some of the difficult medical cases. She also is our Executive Director and handles community outreach such as emails/voicemails and does the adoption and cat intake coordination as well as a number of other tasks including fundraising.