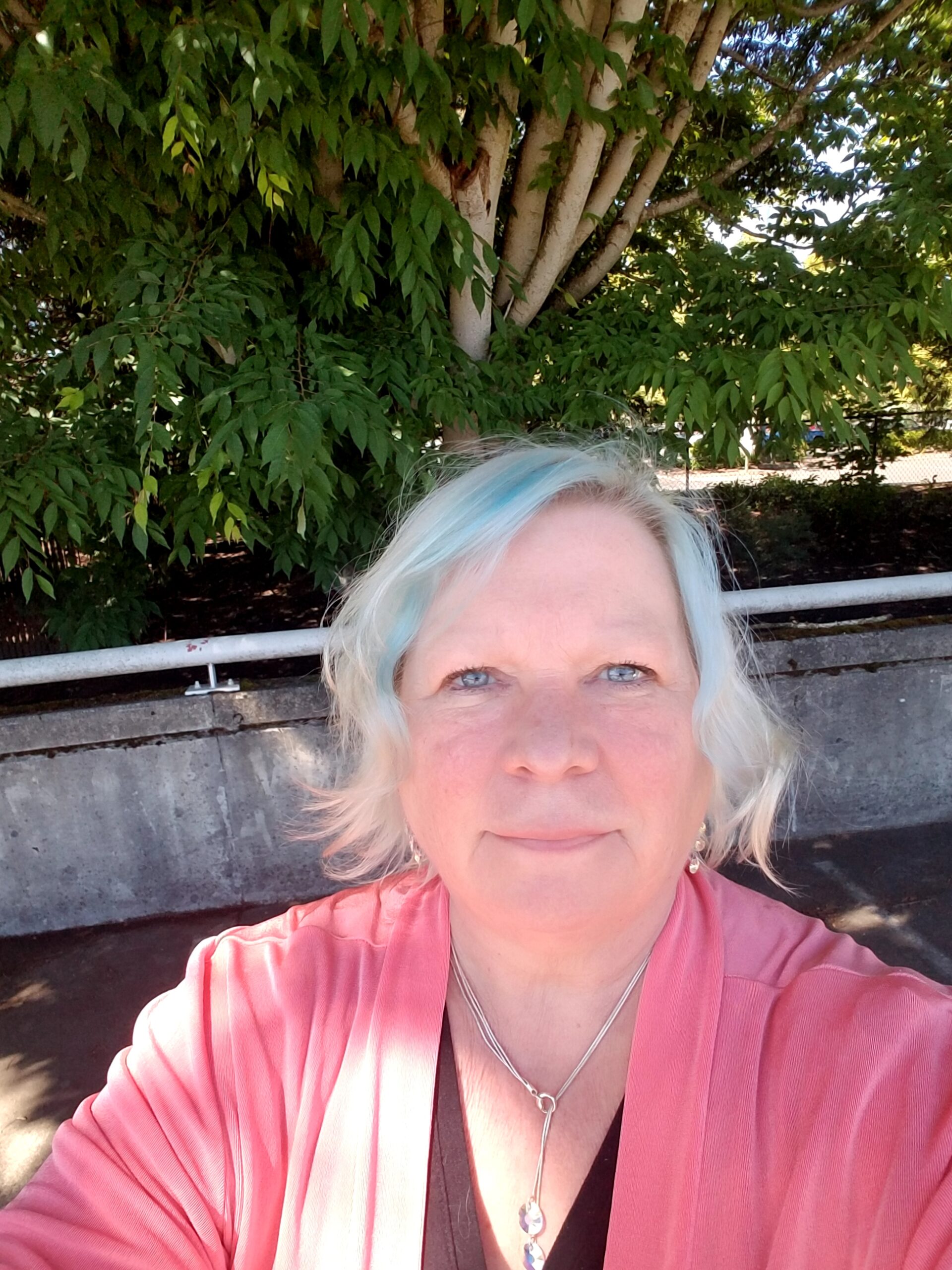 Colleen Figley is one of the best volunteers to share a shift with (In my biased opinion, being the one who volunteers with her on Sunday!). You can always count on her to give a lively air to the house and to laugh at your jokes or puns, however terrible they may be. Colleen is very often the first one in and the last one out on morning shift, busily cleaning the med room of all the stink and litter that its inhabitants have tossed onto the floor for about two hours. 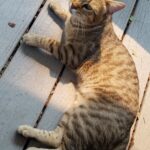 Colleen first started volunteering five years ago. Upon hearing about Furry Friends from a neighbor, she promptly signed up and has volunteering with the Sunday morning Halfway House shift ever since. Her main task is to deep clean the med room. “To me, that should be the cleanest room in the house,” she explained. Considering its state when she leaves, it is indeed the most spick-and-span spot in the house. She tackles it with brooms, steam mops, and spray, scrubbing at pee that somehow ended up on the wall and rolling aside cages to find the weekly stash of toys that have fallen behind them. However, she is equally as aware of the kitties within as she is of the hair-bunnies and tumble-furs. She explains that the hardest part is to get the room really clean without freaking out cats who are already very frightened. “You’re already going in their space to sweep and scoop,” she points out. “Sometimes moving cages and running a noisy steam mop isn’t the kindest thing”. On those days, Colleen just cleans their “house” and stick to the perimeter for the rest of the room. The intakes certainly appreciate it! Colleen has also subbed on many other shifts and has “pretty much done all the different tasks.” She has can also add helping with the annual fund raiser and fairs to her Furry Friends resume. 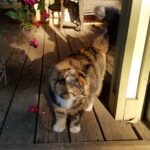 Considering some of the gross stuff that Colleen has to clean up, she’s got to have a good reason, which she does, of course. “On the days when you think your life, all you have to do is look around and see how many people, and pets, can use someone to help,” she said. “Even if it’s just a simple thing like listening. It makes me feel more connected to the world”. Furthermore, she derives great satisfaction from being a part of caring for cats waiting for their new families. She tries to take the time to spend a few minutes with every cat, even though it’s never enough. “Some cats can’t ever get enough play time and attention, and it’s so hard when you have to move on!” she explained. Her proudest moments are when one of our “difficult” cats get adopted. Knowing you are part of the team that helped care for them, getting to know what they like and don’t like, and helping them become socialized enough to find their own family is the best feeling. A few examples she gave were Sheena, Charlie, Carlo and Bernie. “I’m just gutted that Bernie came back” Colleen admitted. “But she is better than she was.” 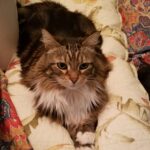 Until recently Colleen had three cats, Alice, Cooper and Dali. Alice and Cooper came from the Oregon Humane Society. Dali was found in some bushes on Fourth Plain. She was only about five weeks old and looked like she had been tossed there. At the beginning of September, a cat showed up in the yard who was very thin and clearly uncared for. They found he was chipped but the owners did not want to be contacted by anyone other than the chip vendor. “We tried everything to find his owners and they were contacted by the chip vendor and by Pet Smart, who inserted the chip, and never got a response” she explained. “We did find he was about seven months old. He has the markings of a Serengeti or Savannah; he’s quite handsome”. She says that bringing him into a house of older cats has been an adventure to say the least. “The first night we locked him on the catio and the next thing we knew he was out on the roof – hence his name, Roofus.” Hence, her three cats have turned to four!

Until recently Colleen worked in corporate governance and legal affairs. The company closed, so the unexpected “retirement” is taking some getting used to since she didn’t 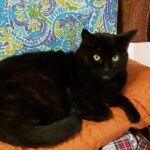 feel ready. “But I’m getting the hang of it,” she admitted. Along with Furry Friends, Colleen has been a Camp Fire Leader and a soccer coach, and volunteered for years at Toy & Joy Makers. They’re part of the Portland Fire Bureau, collecting and distributing toys for underprivileged families every Christmas. She loves to garden and I knit. For a time, she was a test knitter for a yarn company and one of her projects was included in one of their magazine advertisements.

Thank you to Tina Starks for writing this spotlight on one of her co-volunteers. To find out more about becoming a Furry Friends volunteer, please visit our website at www.furryfriendswa.org.