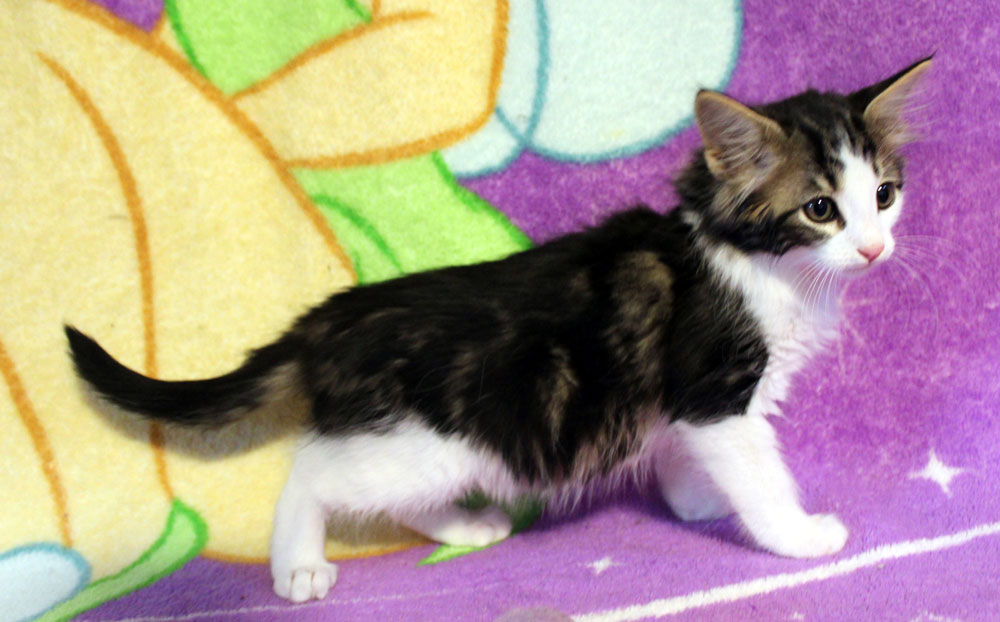 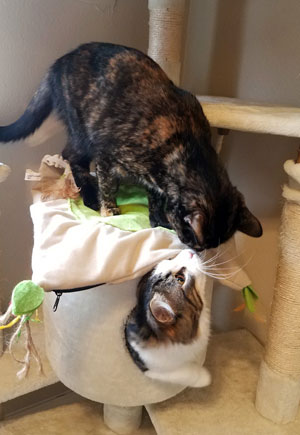 With his large eyes and wide smile, Bernerd (formerly called Farley) won the hearts and love of the Steffens family, and within moments of their meeting, he was

theirs and they were his fur-ever.

“We have a Tortie named Sheba,” explains Chelsea, “and she had made it clear to us that she wanted a companion. In adding Bernerd to our household, she got her wish. Although she was hesitant at first, they’re now equal ‘partners in kitty cat crime’, and he’s brought both her and us so much happiness.

“Bernerd is the most laid back cat I’ve ever met. He’s a true lap cat, VERY affectionate. You can curl up with him any time of the day and he’ll love on you. He has this endearing habit of winking at you with his mouth open, and this quirky habit of cuddling shoes! He’ll pull them from our entryway to the living room and sleep on them.

“For fun, he has a small pink mouse that he carries around everywhere and plays with. But I’d have to say his favorite time is sleeping time. The second you sit down, he’s in your lap, sleeping, and purring up a storm. Then, at night, he either sleeps on our couch or under our bed.”