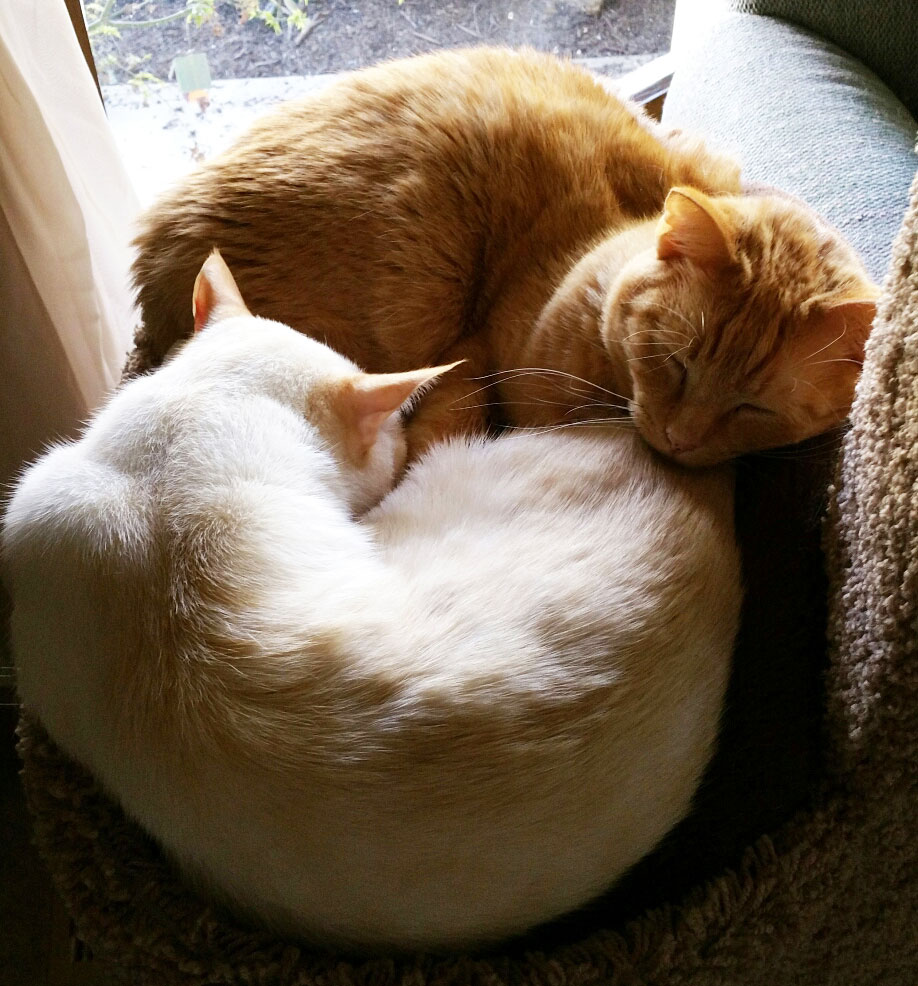 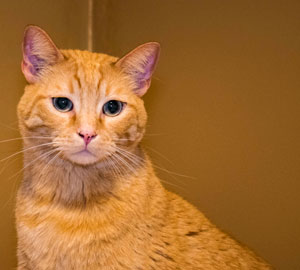 “My husband, Lary and I became empty nesters last fall when our two youngest children moved to Seattle to finish college,” explains Cathy. “When they left, they took their two cats with them and so we found ourselves childless and cat-less all at once!

“Because I’ve always had cats in my life, after a few weeks I began to think seriously about adopting again. My husband wasn’t so sure, but he changed his mind as more time passed and he realized how much I missed them.

“On a whim, on my way home from work one day, I stopped in at PetSmart to see if they had any cats available. I found two brothers, Peetie Wheatstraw and Furry Lewis, curled up together. They were so beautiful and so responsive when the caregiver entered the cage area. Apparently they did everything together – including eating, playing and grooming each other. 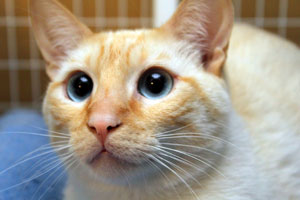 “I visited them several more times and then brought Larry in to meet them. The brothers were immediately friendly, not at all wary or skittish. We could tell that they had always been well cared for.

“When we brought them home, they adapted immediately, walking around the house and climbing the cat tree that we had placed in our front bay window. After a week or so, we changed Furry’s name to Punkin since he’s an orange tabby, while Peetie’s name stayed the same.

“‘The boys’, as we call them, love watching the birds, squirrels, rabbits and deer from their perch at the bay window. They also love chasing each other through all three levels of our house. Then, once they’ve worn themselves out, they’re ready to cuddle on our laps.

“They’re very outgoing and friendly towards everyone who comes to visit, and they’re always eager to make friends with them. They’ve brought us so much joy. They even greet us at the door when we arrive home!”