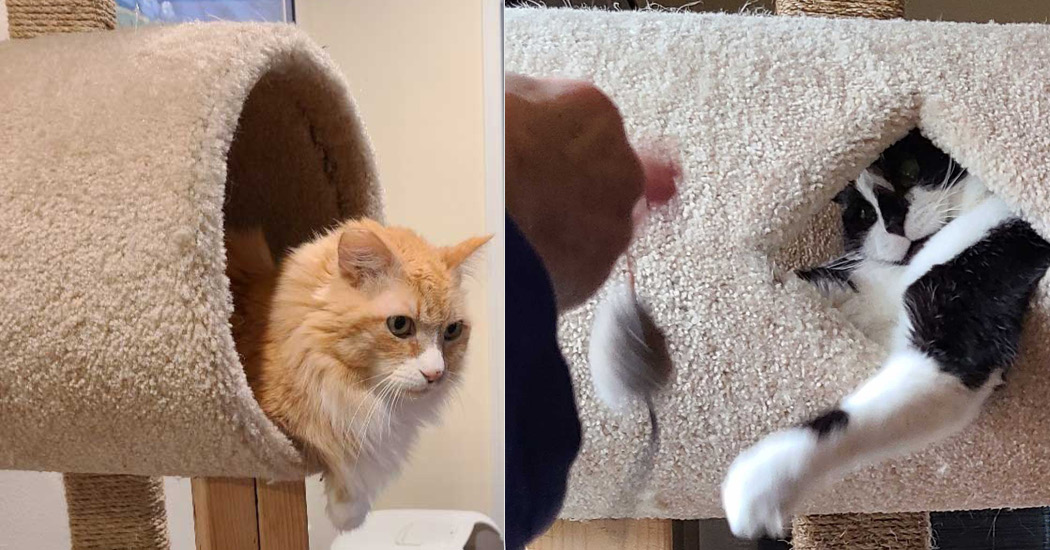 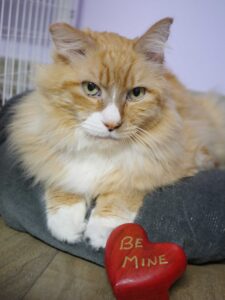 Hercules (now Henry) and Starsky (now Eddie) hit the “Jackpot of Homes” when they were adopted by Chris & Diane in September 2020.  When released from their carriers, the first thing Henry and Eddie did was run about the house.  They ran around all night as if to say, “We’re free!  We’re safe!  We’re home!”  Life as strays had taken its toll on these two seniors, each FIV+ and with chronic conditions, but Chris & Diane didn’t hesitate to offer them a loving home.  They had sought out FIV+ kitties to adopt, because they knew the FIV stigma would reduce their chances of getting adopted.  Seniors and those with chronic conditions have a more difficult time, as well, but to Chris & Diane, it merely made them more loveable.

Henry was an extremely shy kitty when rescued and required months of one-on-one socializing prior to adoption.  He continues his wet food diet to manage his chronic kidney disease.  A small amount of kibble is his treat, and he scurries across the floor to chase after pieces tossed out for him.  Kibble time with his guardians has become his favorite play and social time.  He still loves window views and lying in a comfy basket in the sun. 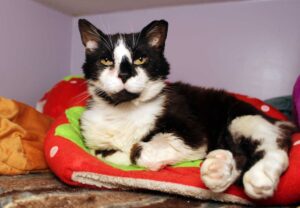 Eddie continues his arthritis medication and attempts to keep up with Henry.  Henry is fast and adept at climbing the cat tree, but that doesn’t stop Eddie from being a big tease—sometimes a downright pest.  He attacks Henry’s tail when he’s looking out the window and incites him into a chase.  Eddie loves to roll around in the tube and bat at anything he is offered.  Eddie favors the feather and mouse wand toys.

Chris & Diane continually challenge these two kitties, but at the same time totally love and accept them just as they are.  How awesome is that!!!  Happy life Henry & Eddie!

Story written by Vickie John.  Vickie has been a volunteer with Furry Friends since 2015.  In 2020 she dedicated 480 hours to socializing special needs kitties.  In addition, she has supported photography and description writing efforts.  Vickie is Fear Free Shelters certified.  Prior to Furry Friends, she volunteered at Anchorage Animal Care & Control in Alaska.