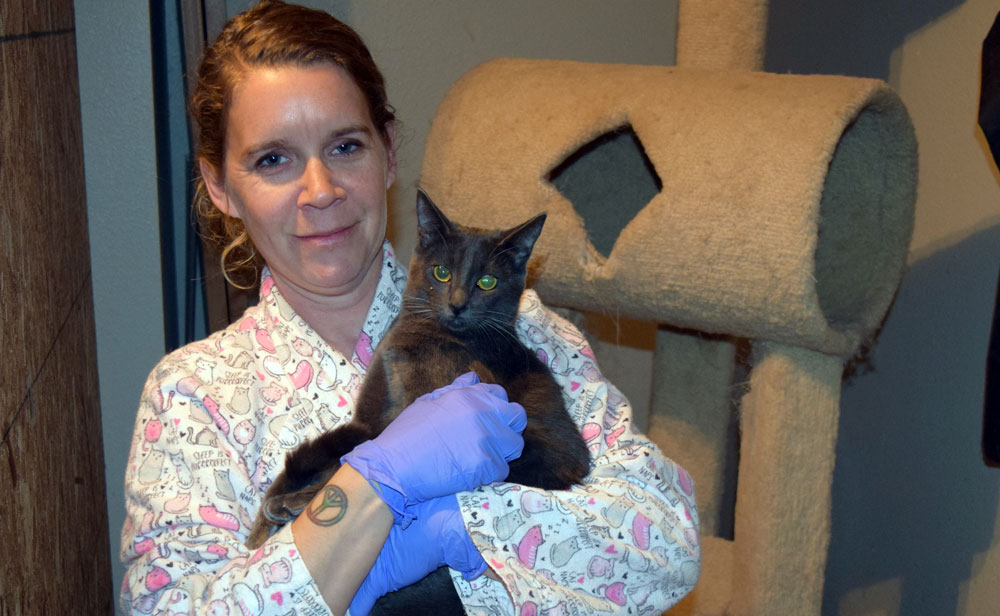 Dena Hugh cuddles Bash in the kitten room at her house, where she cared for 10 kittens who came to Furry Friends from a hoarding situation in Cowlitz County. Hugh has volunteered with Furry Friends since December 2015.

After months of care, 10 kittens who came to Furry Friends from a hoarding situation in Cowlitz County in June are nearly ready to be adopted.

“They were near death,” said Diane Stevens, marketing director for Furry Friends. “We expected kittens that were fairly healthy, but we should know that hoarding and healthy do not go hand-in-hand.”

The tiniest kitten weighed about 12 ounces, and the largest was roughly 3 pounds. The kittens were from different litters and were different ages, leading Furry Friends volunteers to assume they were inbred.

Posted in In the Press.